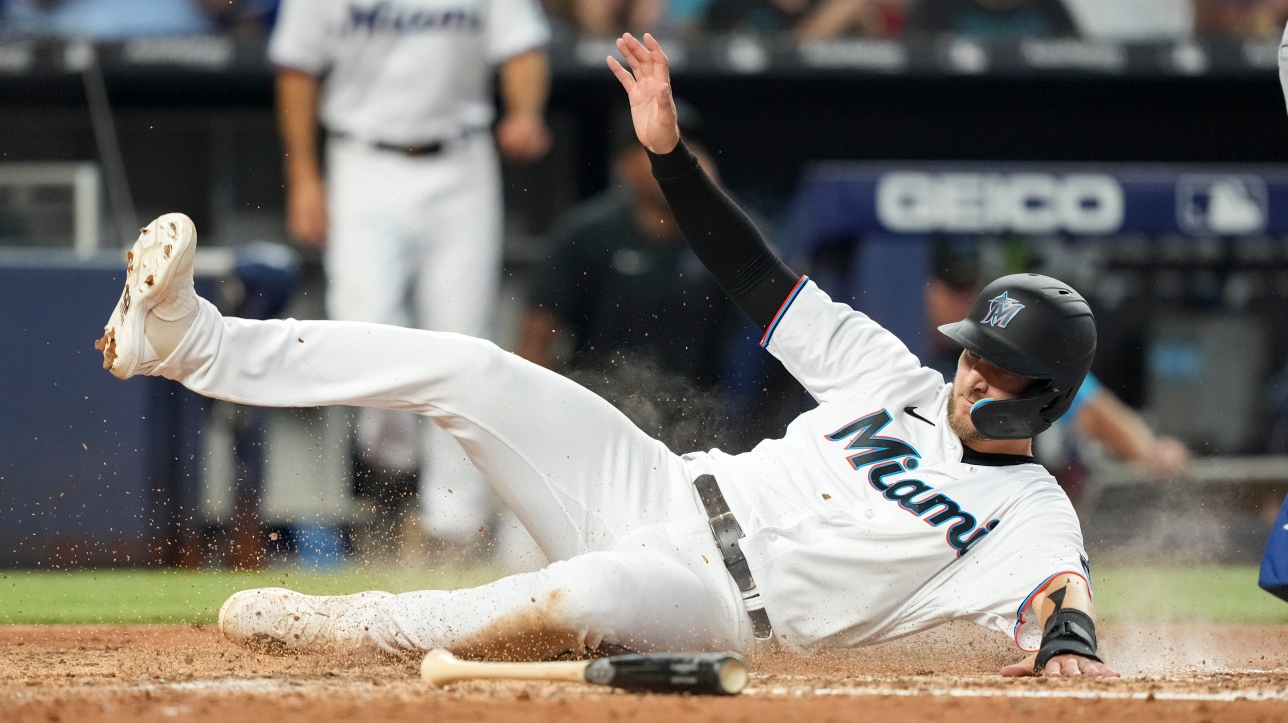 When a person from our region reaches the top of their game, we have something to be proud of. Charles Leblanc’s story has made the city headline in the last couple of weeks, but did you pause for a moment to realize how close to zero his chances of reaching Major League Baseball were? Still, Charles has so far maintained a .333 batting average in 15 games with the Marlins as well as an impressive .829 power and presence average. (baseball average at 0.710).

In the United States, there are approximately 16 million baseball players with just under 500,000 who manage to participate in a high school baseball program. Of that number, only a mere 9% will end up in a college program and of that 9%, only 2% will go to Division 1 of the NCAA. So being enlisted by a Major League Baseball team is already a feat in and of itself. Add to this that almost 30% of Major League Baseball players come from countries other than the United States, this does not leave much room for those who, at 12, dream of playing in MLB.

Back to Carlo. A boy from Laval from whom his father passed on the love for this sport to him. This is the key element here. He loves his sport of him. You can be good at a sport, have fun playing it, but to get through the jungle like Charles did, you have to be passionate about it.

Chosen by the Brewers in the 33rd round in 2013 from his Georges-Vanier high school, in addition to playing with the Canadian youth team, the Leblanc clan wisely decided it was best for Charles to develop into the college ranks which he did brilliantly for being drafted in 2016 by the Texas Rangers in the 4th round of the University of Pittsburgh. The course is already full and impressive, but what awaits Charles is the harsh reality of professional baseball.

From an NCAA Division 1 program to professional baseball with low A, the player sometimes feels like he’s not heading in the right direction. The facilities aren’t that impressive and the number of coaches is continually dwindling as you “hook” you to the pitch and prove that you deserve your place, match after match. It became a job! A starvation salary with endless bus rides, while maintaining a high level of play, I tell you, is not always rosy. Pizzas, you eat tons of them!

From 2016 to 2018, Charles went from weak A to A and then to strong A. Over 263 games, 1083 lines to finally reach the AA level. Once at this level, all hope is allowed. Charles fits in very well and at 23 he feels the dream is within his reach. Like everyone else, the pandemic is hitting Charles as the 2020 season is canceled. To stand out, you have to do things differently and Charles brings in famous batting instructor Doug Latta. Charles never stops training, not even in the cage that Pope Paul had built in the Laval residence. Charles is starting the 2021 season at the AAA level in the Rangers organization and one step ahead in the major league baseball. Despite a slump at the end of the season, his power average of .455 speaks volumes about his potential.

During the winter, Major League Baseball holds its Professional Players Draft, which allows players who have spent more than three years with the same organization to be recruited by another team. A draft that prevents teams from keeping a good player in the lower ranks eternally.

Obviously, the Marlins saw something the Rangers weren’t able to see. There is always a disappointing side to changing organization, especially the one you wore your first professional uniform with. However, you have to see the other side of the coin, that a team gives you a chance to pursue the realization of your dream. A few new sessions with Doug Latta to prepare Charles well with his new team. Great opportunity for him to make a good impression right from the start. Something he did masterfully.

When you are young, you want to do AA. Then, the regional team and if you are very good, you end up with the Quebec team. Then come Midget AAA, ABC, the Canadian youth team and the national team. These are all big steps. The important thing for every player is to reach the limit of their abilities. And those who manage to get enlisted will go through another and another and another until they wait for Major League Baseball. Very few have done it and especially for the boys of our country, very few position players have done it.

Now, Charles Leblanc is having his best moments, but also his biggest challenges. It is true that after two weeks Charles received his first salary and in two weeks he made more money than all his professional years combined. However, the job now is to stay with the Marlins. You will tell me that with his average of .333 he shouldn’t worry and you are probably right. But despite his outstanding performance, some regular players have returned from the injury list and we have taken their place. Charles’s playing time has therefore decreased. More difficult to keep up with when he plays less often. Opposing teams have also studied Charles’ momentum and style and will throw less inviting shots at him by abusing a possible flaw in his momentum.

Nothing is therefore certain for the Laval resident, but what an incredible journey so far. Just like that of Abraham Toro. Toro’s story demonstrates how the real challenge is to stay in the major league baseball and adapt game after game to play against the best in the world.

All we can do is continue to encourage Charles and Abraham on their journey so that, in turn, they can motivate other young people to pursue their dreams. But as Charles’s route shows very well, you can’t slow down, or think that once you get to the top it will be easier. Quite the opposite, you have to be creative and find other ways to improve. As Derek Jeter put it well: there may be players who are more talented than you, but there is no excuse that you are not the hardest worker.

Charles and the Marlins will be in Los Angeles against the Dodgers starting Friday night.