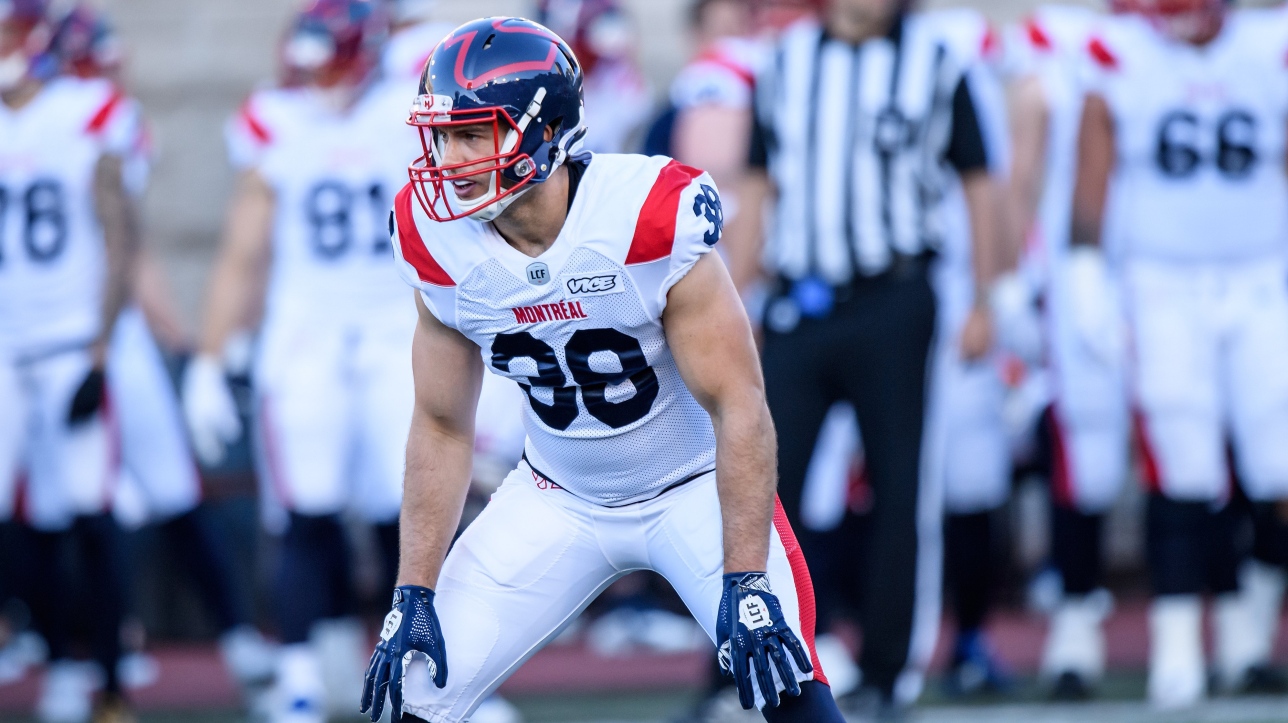 You will be able to see the game Red and Black v. Alouettes, Friday evening at 7pm on RDS and RDS.ca.

MONTREAL – The Alouettes have released full-back Christophe Normand. Normand, who was arrested last week and then accused of luring a person he believed was under 16, an act that would take place on August 9, was one of his best in his profession for a few seasons.

The Alouettes then find themselves with a hole in the central defender. However, the Montreal team is evaluating different scenarios to compensate for this loss.

The role of the central defender is obscure, but very necessary: ​​he acts as a blocker in several games on the ground as well as supporting blocks on the passage. This is why the Alouettes are considering three scenarios.

“He is a difficult piece to replace: this player has been one of the best in his position in the league for two or three years,” indicated André Bolduc before the announcement of his exit earlier in the day on Wednesday. We will therefore use all of them collectively. Pier-Olivier Lestage will participate. Alexandre Gagné will take part in it. We will add receivers, like Régis Cibasu, who has a large size and can do things for me, that’s for sure. “

“It’s still the CFL: there are several five-receiver schemes out there. Only we were doing well with a central defender. There are things I’ve done in the past that will come back; things that work really well. Giving Pier-Olivier more time to play will do him good, to prepare him for when he will be on the pitch full time. “

The offensive lineman, who joined the Alouettes a few weeks ago after being barred from the Seattle Seahawks camp, didn’t ask for more.

“I definitely expect to have more responsibility with one less starter,” Lestage said in the morning. I am ready for this. I am very happy to be able to play more. Can’t wait to see how the game goes (Friday). “

Gagné, listed as a full-back on the Alouettes website but mainly used in special teams, where he excels this season, will not be in completely unknown territory.

“I am still comfortable in the position, because last year I trained with the attack and I know the playbook well,” noted Gagné. This is nothing new: I was always preparing to replace Christian in the event of an injury. So it’s not a new routine, just that the opportunity will come more often on the pitch. “

In addition to Cibasu (six feet three, 232 pounds) who could be incorporated as a “catcher blocker” in some plays, rookie Tyson Philpot recovered from the concussion he suffered in the Alouettes’ last game against the Tiger-Cats in ‘Hamilton, it could also be used.

“No matter how much the team needs me, I will be happy to do anything for them,” said Philpot. The more opportunities I have to play, the better off I will be. “