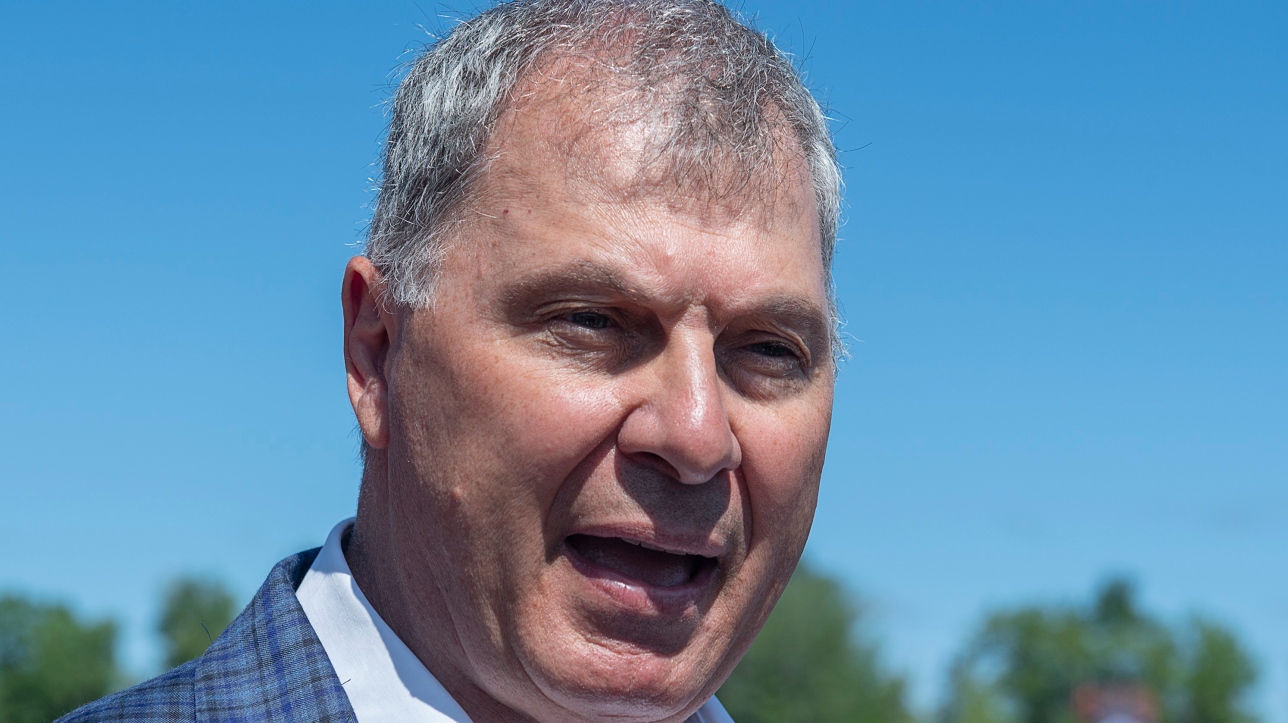 MONTREAL – Should Montreal Alouettes fans be worried about the team’s future? Will local investors join the organization? These are just two of the many questions that needed to be asked of CFL Commissioner Randy Ambrosie.

Let’s immediately address the issue of local investors, a pressing need for the Alouettes that are evolving into a single market in Canada. The retirement of Gary Stern – who owns 25% of the squad – from day-to-day management of the club seems to be an opportunity to correct things.

We asked the question to Ambrosie who met with representatives of the majority shareholders of the Alouettes, who owns 75% of the shares, which belonged to the late Sid Spiegel, earlier this week. If we are to trust his words, patience will still be required. But we can still feel an opening.

“We haven’t discussed a change of ownership at all. Soon they will tell us who will represent the Alouettes among the governors, ”she replied for the first time.

But would you consider such an addition with a positive eye?

“Right now, we’re focusing on the current portrait. That said, I am confident that discussions will take place on several positive possibilities. For now we have a commitment from the owners and this remains the most important thing “, added Ambrosie.

During the interview, the commissioner of the CFL has repeatedly insisted on the positive content of the contact with the representatives of the majority owners.

“The discussion was very encouraging and constructive. They had three messages to share: nothing changes for the team, their priority is to win games and entertain the fans. They had a clear vision of their plan. They have a professional and caring approach, ”Ambrosie summed up.

Yet, in the world of sport, when a starter dies, the estate, more often than not, ends up selling the team.

“I cannot pretend to know the future. But right now I have a positive connection with them. I assured them that we would have a very professional relationship with them. If both sides behave this way, it can lead to great long-term possibilities, ”Ambrosie said.

And do you expect a more harmonious coexistence with them than the brief and stormy passage with Stern?

“What I can say is that I want the relationship established this week to continue in the same way,” noted Ambrosie who took a few minutes to highlight Stern’s involvement in the difficult times of the pandemic.

A reason to fear the worst?

I can’t blame Ambrosie for pointing out the bright side. However, the sale of the Alouettes was a real hassle which led to the acquisition of the club by Stern and Spiegel in early 2020.

The first turnaround of Stern’s retirement made many Alouettes fans fear the worst. Even seasoned journalists like Dave Naylor and Farhan Lalji of TSN think fears are justified.

“I have great respect for their work, but I disagree. Rather, I think the future is very promising in Montreal. In my opinion, the Alouettes are moving in the right direction. With the work done by the CFL over the past two years, it will help Alouettes and other organizations based in large cities. Quebec is an excellent football market and the Alouettes have a great history there, “replied Ambrosie.

“Since the CFL is better structured to support its teams, I’m more positive. We see great stories like Nathan Rourke wowing the CFL, “he continued.

“This does not mean that everything will be done easily, we will have to manage our entity well”, finally agreed the commissioner.

Let’s not forget that the Alouettes have been losing money – a few million a year – for several years. A portrait that won’t cause Quebec investors to rush to buy the entire club.

On Friday, Ambrosie will be in Montreal for the Alouettes game against the Ottawa Redblacks. This visit had already been planned for weeks, but it comes at the right time.

We would have liked to end our interview on a happier note. But it was essential to investigate Ambrosie on the file involving Christophe Normand, freed by the Alouettes after being suspended.

“Obviously, whenever a case involves an off-pitch incident, the CFL is always in consultation with the team involved. This is a very serious and disturbing incident, I would like to say that the CFL sends its thoughts to the young woman’s family ”, concluded the commissioner.

Are the Alouettes still on sale?