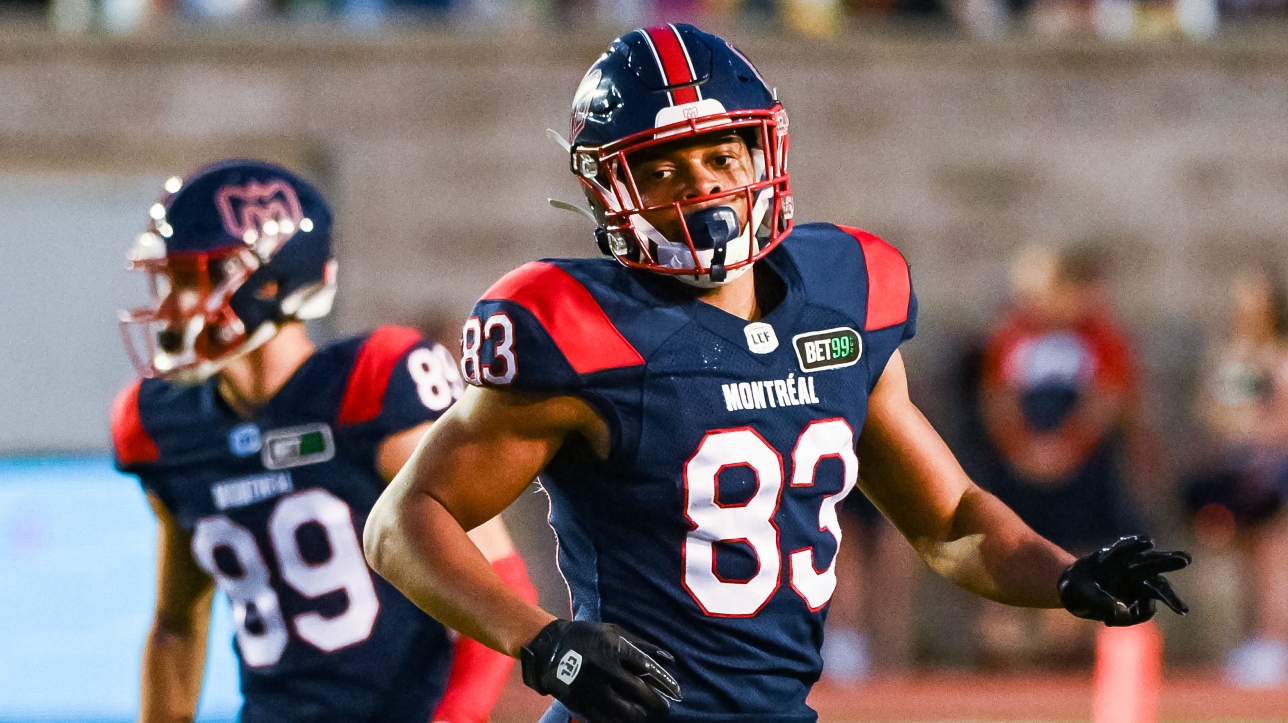 MONTREAL – Was it the early wake up call and the two hour drive obscuring our view? We had to rub our eyes to make sure this wasn’t the case. It really was Régis Cibasu, at least the slim 34-pound version of this athlete.

The difference is striking and evident. During the off-season, the Montreal Alouettes player agreed to fully undertake the transformation proposed by general manager Danny Maciocia and manager Khari Jones.

“Danny and Khari called me after last season and asked me to lose weight, telling me that it would be of great help to me at the special team level and in attack to have more involvement and a chance to see the pitch,” explained Cibasu .

We wanted to know more about this story as soon as we saw number 83 at the training camp of the Alouettes in Trois-Rivières. In 2021 Cibasu had accepted the mission of training as a central defender. This year he has taken over the role of receiver, but on the condition of being more “lean”. The use of quotes is a must because Cibasu still weighs 232 pounds and is six feet three inches tall.

“I came up with the mentality of losing more weight but staying strong because if I have to block the big ones like the defensive ends, I have to be able to do it. But I had to get light enough to run on the tracks and be more versatile, “the former Carabins of the University of Montreal described.

In recounting this transformation, Cibasu shows his characteristic big smile. But this project has sometimes caused him to lose this charismatic tool.

“I lost over 30 kilos, it wasn’t easy,” he admits with a laugh. It is certainly a great challenge. You can say to yourself, “Maybe they don’t have a great deal of interest in me.” But I chose to see everything positively, I thought it wouldn’t be bad for me to lose the extra weight. It could only help me physically and mentally and I can already see it, “he said.

After excelling with the Carabins, Cibasu attempted to promote his assets to the NFL. This attempt failed and he had to devote himself to a limited role since in the CFL. In two seasons on the Canadian circuit, he has not yet taken a single assist. His patience was rewarded with his first pass completed, in the second game of the season, against Toronto.

“This change already allows me to be on the pitch more often for the special teams and this helps me a lot. As a Canadian, you want to play often in special teams, show what you can do and maybe have more chances in attack later, “agreed the man who played his rookie season with the Argonauts.

Cibasu didn’t need to weigh the pros and cons at length.

“I told myself that these are sacrifices that I have imposed on myself. Football doesn’t last long, so why not do it and put the best chances on my side. I trained a lot, played basketball a lot and really changed my diet. To be honest, I wasn’t eating very well, I cleared all the junk and took my training seriously, “the behemoth said.

Cibasu thanks her personal trainer at Gordo Performance and Pierre-Olivier Breault, the strength and conditioning trainer of the Alouettes.

“I am very grateful for their help. “

Speaking of recognition, he is thrilled to see his teammates notice a big difference. After all, some may not have recognized it so much that it melts like snow in the sun.

“Last year I was almost a little plump. You see it right away in the video when we make special units. Here, I move better! When I arrived at the camp, I was flying on special units. Even in the one-on-one exercises for the receivers, it was better. Everyone was like ‘Wow, you really lost weight’. When other people tell you that it only shows in the way I move on the pitch, that’s when you know you’ve done a good job. As an athlete, these are the compliments you love to hear. It’s gratifying, ”Cibasu acknowledged.

His teammate Marc-Antoine Dequoy, an athletic specimen in his own way, can testify to this.

“His work ethic is incredible and he is a true athlete. If that doesn’t show a player’s dedication, I don’t know what he does. It’s the kind of mentality and commitment you want in your team ”, the Alouettes boasted that starting in safety.

With the Carabins, Cibasu has earned several offensive accolades and his current weight is similar to that of the Blues (242 lbs). However, he feels stronger and faster. His offensive production will not return to the levels it used to be, but we can bet that he will capture his first balls this season. Especially since the Alouettes now rely on two Canadian receivers in their starting lineup.