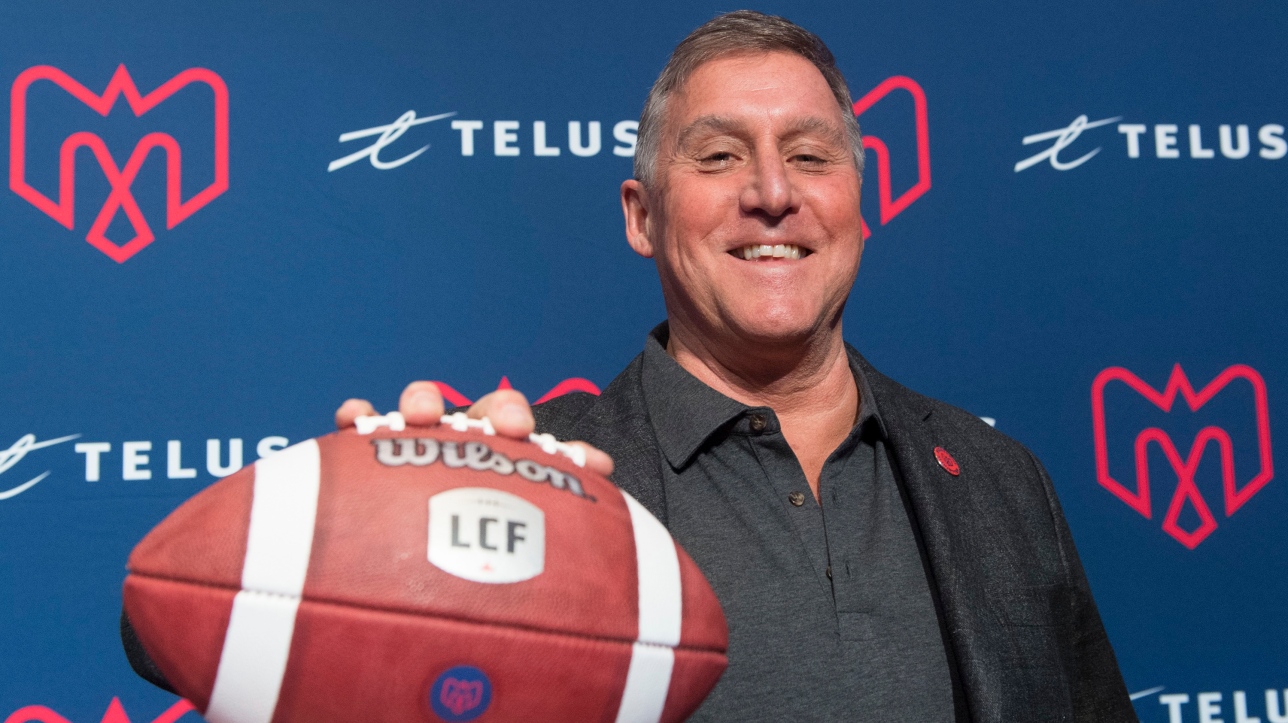 This was confirmed Monday by Alouettes president Mario Cecchini after club CEO and governor Stern announced he would be stepping down from the team.

“Today I have to share my new reality with you: I can no longer be responsible for the day-to-day operations of the Montreal Alouettes,” Stern wrote in an open letter addressed to Alouettes fans. It was a difficult decision for me and my family to make, but it is an irrevocable decision.

“I like this team. I love Montreal and our fans. As a lifelong sports fan, my role with the Alouettes was a dream come true. I loved every minute spent (leading the team). “

For Cecchini this is only an administrative change that does not affect the involvement of the majority shareholders in the team.

“Actually, for the foreseeable future, it’s ‘business as usual’,” Cecchini said in a telephone interview. What needs to be explained is that the share structure does not change. What changes is that the majority shareholder will represent the team in the league and will shortly appoint a new governor. “

It is therefore not a question of getting rid of the club acquired by Sid Spiegel and Gary Stern in January 2020.

“I spoke to them briefly (Monday) morning and will have a longer discussion with them (Tuesday). No one has told me about a sale or transaction to date, Cecchini said. What I have been told several times this morning is that nothing will change. It is the same majority shareholder who was kept informed of the activities. The only thing that changes is that instead of talking to Gary, I’m going to talk to someone else. “

Same story on the CFL side.

«I spoke with the representatives of the majority shareholders of the Alouettes, the councilor, Randy Ambrosie, indicated on the social networks. I am happy to report that I have been assured that the club’s activities will continue in the same way. “

“(Gary Stern) keeps his 25%, that’s clear, added Cecchini. What they say is that the majority shareholder has decided to get in touch with the League and Alouettes himself. “

The president does not believe that the daily life of the Alouettes will change.

“I think it will be the status quo. We have always succeeded from here. In a pinch, perhaps by talking directly with the majority shareholder, it will be easier, he notes. But what I heard this morning and was repeated to me over and over again, is that we didn’t want to change anything in the way things work. (…) The people who pay the bills are the same: they will continue to do so. “

Stern and Spiegel, his father-in-law, bought the club jointly in January 2020, but Spiegel was never able to see a match for his team.

“My wife Julie and I are still in mourning for her father, who passed away just over a year ago. Sid Spiegel was my longtime business partner and shared the same dream of owning the Alouettes, Stern wrote. He was also a close friend.

“His death suspended our management plan for the Alouettes. We were ready and wanted to invest in the long-term future of the Alouette. Due to the cancellation of the season due to COVID, Sid, who owned 75% of the club’s shares, unfortunately never got the opportunity to see his team play. he will always regret it.

“From now on, decisions regarding the club’s finances and operations will remain in Sid’s property,” Stern continued in his letter. The close relationship we had, which included our love of the sport and our ability to grow the team as we have grown our other joint ventures over the years, no longer exists.

“I wish the best to our team, our fans and our community. I remain one of the biggest supporters of the Alouettes and the CFL. But I will encourage them from the sidelines when I return to my role as a simple fan and retire from club activities. Thanks to everyone in Montreal. I will always keep the memories created with you. “

American businessman Robert Wetenhall owned the Alouettes from 1997 to 2018, when the league took over the team’s operations while looking for a new owner.

At the beginning of the Wetenhall era, the Alouettes were a powerhouse of the league.

From 1999 to 2012, they finished first in the Eastern Division 10 times and appeared in the Gray Cup eight times, winning it three times.

But the Montreal club’s last Gray Cup with Wetenhall as owner dates back to 2010 and he missed the playoffs in the last four years of his reign, hitting a 21-51 record during that time.

It is reported that the Alouettes lost $ 12 million last season to Wetenhall, who died in September 2021 at the age of 86.

The Montreal team is experiencing a 2022 roller coaster season with a 4-6 record, second in the East Division. They are the only team to defeat defending champion Winnipeg Blue Bombers so far this season.

The Alouettes recently drew their biggest home crowd of the season at 21,024 when they came from behind to defeat the Hamilton Tiger-Cats 29-28 thanks to a 48-yard field goal from David Côté.

The Alouettes will host the Ottawa Redblacks (2-8) on Friday night.