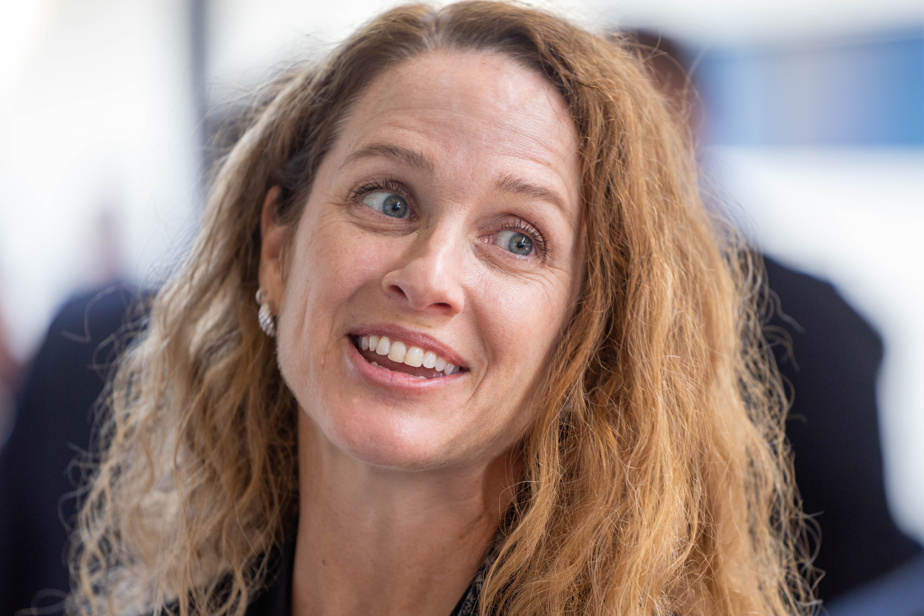 The first women’s panel organized by CF Montreal was drawing to a close on Wednesday afternoon, when para-swimmer Aurélie Rivard launched a metaphor that summed up the message emanating from the event.

“In swimming, when you want to be determined or focus on a goal, you say, ‘Look at the black line at the bottom of the pool.’ Everyone has their own black line in their life, for their own purposes. There will be a lot of noise outside, a lot of splashing. Keep following your black line if that’s the one you want to follow. Don’t get distracted by jealousy or people who don’t have the your motivation. ”

Everyone talked about the path they have traveled in the world of sport and the pitfalls they had to overcome to pave the way for the next. Hence the transcendent idea of ​​pursuing this “black line”.

Subsequently, Samia Chebeir spoke of a “bittersweet” remark in front of the media.

“It was great, the stories,” he said. But at the same time, to see how far we have come in so many years and how far we still have to go. […] That is why we have organized this event. ”

Because while things are improving when it comes to gender equality in sport, things are far from perfect.

If Aurélie Rivard could snap her fingers to correct one of the problems, she would choose to “stop sexism, discrimination”.

“I who make a gesture compared to a man who makes a gesture in the same context will be perceived in an extremely different way. […] Working in the world of sport is more natural and acquired for man. We have to work 100% harder. ”

The issue of access to work for women in sport was discussed. From that of establishing quotas to have a minimum of female representation in clubs with a sporting vocation. An idea to which the Minister of Sport, Isabelle Charest, adheres, under certain conditions: she “believes in incentives”, but not in “forcing equality”.

“I don’t want people to think that women are there just because they are women,” she explained. Which, in her opinion, can create the famous impostor syndrome.

There was also talk of “representation” and “visibility” of women’s sport.

A subject dear to Amy Walsh, at a time when Canadian football, in full swing, is lagging behind when it comes to establishing a professional women’s circuit.

According to her, “you shouldn’t paint men’s and women’s sports with the same brush”. Both have their own particularities and must be sold and marketed in different ways. In short, the male model should not apply to the female.

“There is interest in women’s sport,” she said The print. The commitment is there. The market will follow. We need people who will stand up and invest. This will allow women’s sport to grow. ”

Serena Williams could play the last game of her career this year at the US Open in New York. A career in which she continually shattered glass ceilings.

“He has broken down so many doors for all girls, women, says Aurélie Rivard. Not only in tennis or for individual sport, but for the professional one.

“What I remember most is when he corrected a reporter for just a small sentence. “No, I’m not the best female athlete, I’m the best athlete, period.” That’s just what it takes. They are not just words, they are actions. ”

While most female athletes “feel the need to be attractive or hypersexualized,” Williams “didn’t seem to care if she didn’t fit into a specific category. She was herself, unconditionally and without apology.