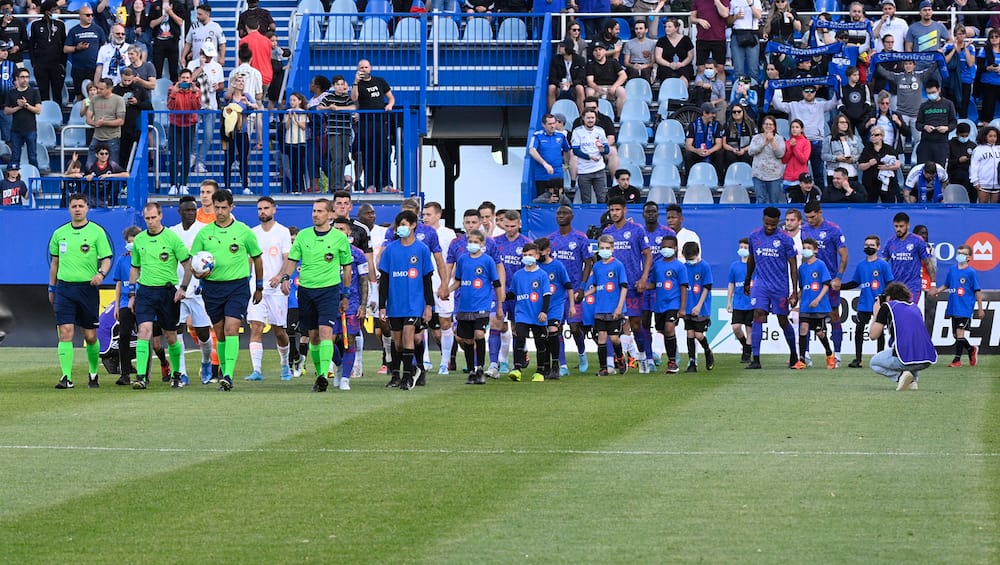 Major League Soccer (MLS) announced on Tuesday that it has entered into an exclusive broadcasting agreement with the Apple TV streaming network for all of its matches, which will take effect from the 2023 season, meaning the end of the parties’ submission. of CF Montreal and MLS on the TVA Sports channel.

According to the SportsPro specialist media, the deal is for a 10-year period and has an annual value of $ 250 million. As a result, the new league partner will own the exclusive broadcasting rights for all matches on the circuit, which includes CF Montreal matches.

Following this agreement, linear TV channels such as TVA Sports – the Montreal team’s exclusive broadcaster for six years and whose agreement expires in 2022 – and TSN will therefore no longer be able to present MLS matches. Assistant Commissioner Gary Stevenson, on the other hand, said he was open to the possibility of showing some games on cable channels in Canada and the United States.

“TVA Sports is delighted to have contributed to the growth and influence of CF Montreal and MLS for six years. We are surprised and disappointed by the MLS decision which, in our view, will damage the excitement and visibility of football in Quebec. By the end of the season, we will be showing the remaining 18 games of CF Montreal on TVA Sports, “the channel replied.

In a statement, the MLS said that all matches will be available in English, while clashes involving Canadian formations can be seen and heard in French through the new “streamer”.

All subscribers of the MLS teams will receive a subscription to the circuit’s online listening service, the officials in charge said.

This MLS-confirmed partnership is the first of its kind in the history of professional sport. Football fans will have access to all matches, regardless of the clubs in action, by subscribing to the league streaming service, which will only be offered by the Apple TV + application.

It all includes playoff matchups and all-star games, just like those of MLS NEXT.

“Apple is the perfect partner to accelerate MLS growth and strengthen our bond between our teams and their fans,” Commissioner Don Garber said in a statement. Thanks to Apple’s ability to create a high-class customer experience and reach fans everywhere, it will be really easy to enjoy MLS games anywhere, whether you are a fanatic or a casual spectator. ”

“We think we have positioned our league perfectly when it comes to the evolution of how people watch sport live,” he added at a press conference. Thus, 80% of our fans watch at least one game a week on the web, because that’s what they do.

On Apple’s part, it was obviously a joy.

This is a historic moment for sport and a dream come true for the fans. I’m a huge sports fan and, for the first time ever, I will be able to access all of the major league professional content in one place. “And Apple’s Internet software, Eddy Cue.