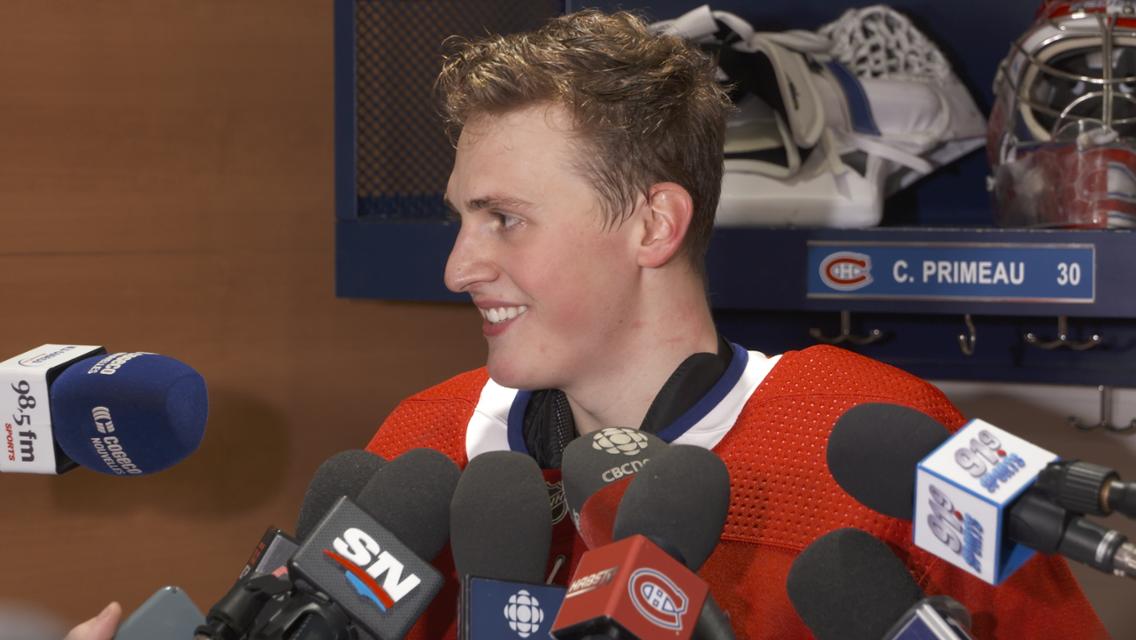 I don’t need to tell you again and again, but this year Cayden Primeau was thrown into the mouth of the wolf in Montreal. He lost confidence, he returned to Laval, where he didn’t finish the season well. It was also Kevin Poulin who kicked off the playoffs.

But after that, he (more than) recovered. At what point? To the point where anyone will try to make me believe that Primeau wasn’t the best Rocket player – by far – in the playoffs he better get up early.

What does this mean for its future?

This means that Primeau is back in discussion for being the Canadian’s goalkeeper of the future. He was really gone (at least publicly) after his difficult season, but there he bought himself a new chance.

That doesn’t mean he’s definitely CH’s goalkeeper for the future, but he shows he has the potential to be → https://t.co/AsYM57ZOJy

And of course, he won’t want to lose it.

In this regard, journalist Nicolas Landry has written an excellent document on the next steps of his case. What should Primeau do, who says he has never been afraid of not regaining his long-term trust in him?

What will be the next step for Cayden Primeau? A text from @NicLandryRDS https://t.co/g1M7RuTr2v

The goalkeeper has learned a lot, in hindsight, from his season. He has overcome the difficulties and had great streaks, which made him stronger to start pushing again, one day, towards the NHL.

But clearly, it doesn’t have to be right away. Even though he thinks he’s a better goalkeeper than a few months ago, he shouldn’t be thrown into the wolf’s mouth too quickly according to the people around him.

I think he needs a serious year in the American League alone. That he plays all the games, that he focuses right on the Rocket, that he doesn’t commute. Who plays his games, which he develops. – Kevin Poulin

It’s true not just for him, but for several players. You have to be patient, you have to take your time. You have to make sure you develop the players well and this takes time sometimes. – Jean-Francois Houle

For me the plan is clear. Instead of signing Kevin Poulin with just the Rockets (and seeing him go to Trois-Rivières alone), we need to sign him in Montreal in two parts with the intention of having him play Laval and see him help in Montreal. . Therefore, it is he who could be called back by the CH if necessary, which is sure to happen along the way.

It would also be a great reward for a Quebecer who had a great season finale at Laval. We forget it because of Primeau’s performances, but Poulin did well this year.

Kevin Poulin was named AHL Goaltender of the Month for February. An outstanding record of 5-0-1, an average of 1.63 and a 0.945% save rate for the Montrealer. It is fully deserved.

Giving Poulin the chance to be the Canadian’s depth would allow Primeau to forget the CH, which will still be a bad club next year, to build a resume with the Rockets to graduate with the big names.

He will train hard this summer because he knows that if he doesn’t dominate at Laval next year, Primeau will put a spoke in the wheel. We’ll see what’s in his body over the next year.

LeBrun: Past victims of the Lightning playoffs offer a warning of what’s to come next

– Will popular pressure get the better of the logo?

The Saguenéen summon the media for an announcement about the change of their logo. It’s this afternoon at 2.30pm ….

Its contractual situation is not simple. https://t.co/rIVpWdk0Kq