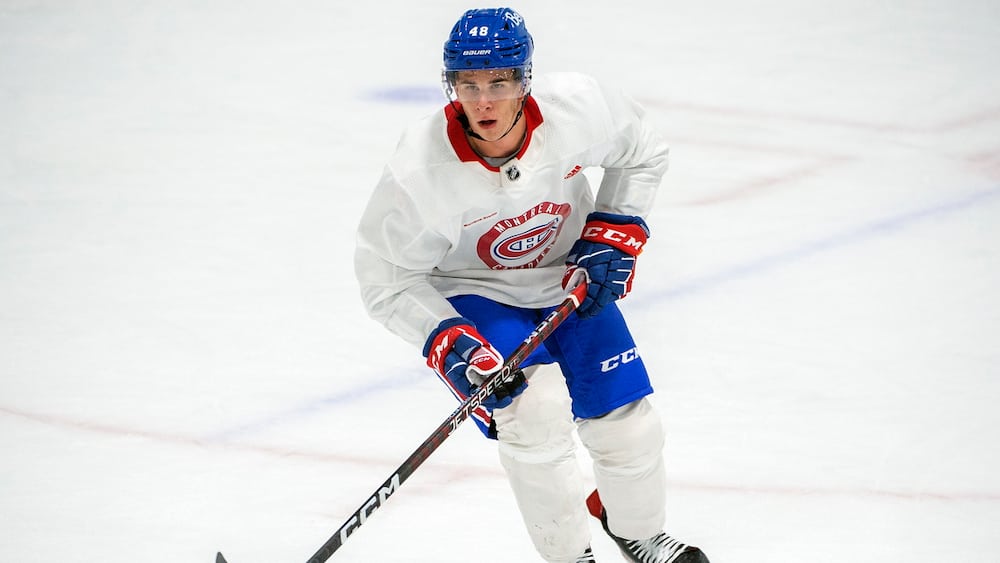 Filip Mesar was selected in the first round (26th overall) by the Canadiens in the last draft of the National Hockey League (NHL).

However, the young man is perceived by several observers only as “the Slovakian friend of Juraj Slafkovsky” or even simply as “the other choice of the first round of the CH”.

In other words, Mesar is a bit of a victim of the popularity of his compatriot Slafkovsky who, let’s be honest, has been treated with utterly confused media coverage since the day he wore the Habs jersey last July.

The rather limited enthusiasm for the right-handed striker is therefore understandable, but people would still have every interest in perceiving his choice with a lot of optimism.

“I would even like to tell you that he will become one of the best skaters (in terms of pure speed) in the NHL”, launches with conviction Frantisek Stolc, the sporting director of Poprad HK SKP, a team among the best Slovak championships in which Mesar has played in the last two. seasons.

Adds an experienced recruiter who works for the CH.

“Filip is not Alexei Kovalev, but back then people paid to see number 27 in training because he was so spectacular. Mesar is in this category.

Analysis of a hope with largely underestimated potential.

Good for a long time

Filip Mesar has therefore evolved, as we said, within the Poprad HK SKP senior club over the past two years. But he joined the organization six years ago. And his talent is recognized in Slovakia even longer.

“After short stops in Norway and Austria, I returned to Slovakia in 2016 to work with Poprad HK SKP,” says Stolc, who also has extensive coaching experience. That year, people were already talking about Filip as an extremely talented child. He was only 11 years old at the time, but his name resonated throughout the Slovak hockey world. I was very excited to know that I could work with him ”.

Promoted to the first team at the age of 15 and in front of men, Mesar had to quickly adapt his game on the ice.

“Everyone knows that Filip doesn’t have the biggest build,” continues the sporting director. 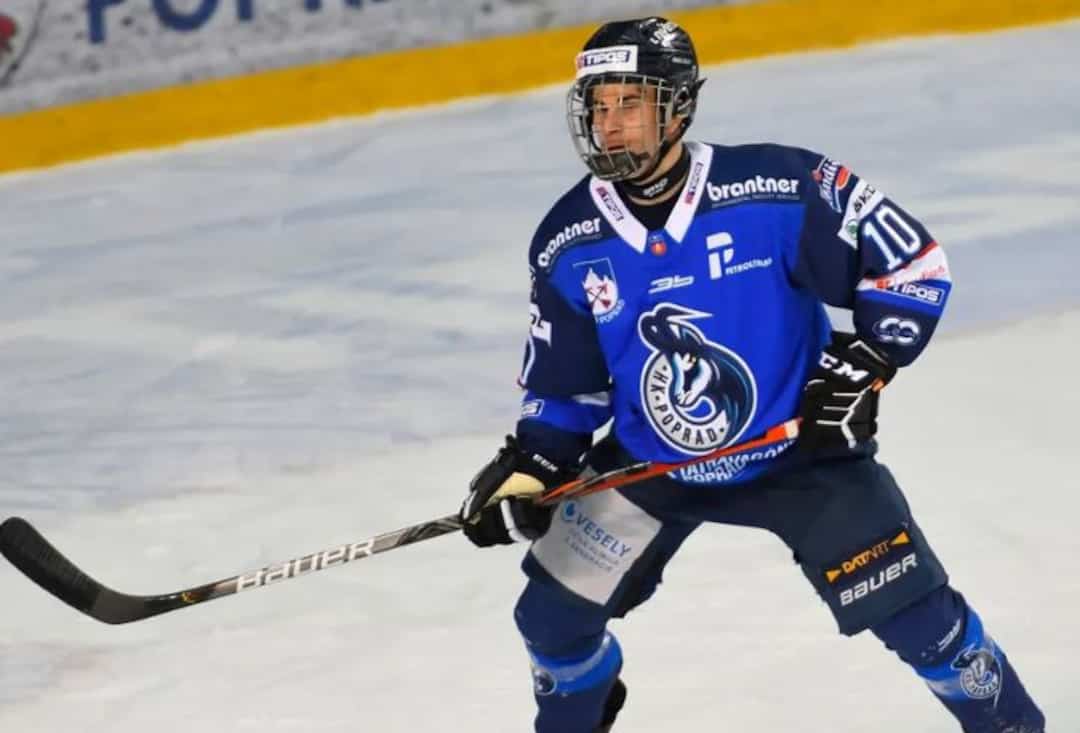 “From the beginning we told him that if he wanted to reach the National League despite being a little more fragile in stature than normal, he had to be extremely fast. So he chose to train very hard, not just to be explosive on his skates, but also to be able to make decisions just as quickly.

“Today he is one of the strongest skaters. It is fast, agile and powerful. And the great thing with Filip is that he maintains this fantastic speed when he has the puck. He can also exit the corner as soon as he arrives. Very intelligent he is the one who knows how to take it the wrong way! ”

These last words from Stolc are quickly confirmed by the Habs scout expert contacted as part of this article. The man, who has already seen others, does not hesitate to show himself very complimented towards his new hope.

“I love it, honestly. It can compete in many ways. The game of him is all about speed and skill. He constantly plays at a very fast pace. He is very difficult to catch on the track and can perform impressive maneuvers while skating. He is very exciting to watch. “

“When a former NHL skater wants to play with you …”

How has Filip Mesar performed well against men in the last two seasons in Slovakia?

An anecdote told by Frantisek Stolc is particularly revealing.

“In 2020-2021, Filip was in his first season with our senior team. He was 15 years old. That year, Brandon Mashinter, a guy who played about 60 games in the NHL and was captain in the AHL, also played for our club. At one point, Brandon went to the trainer and asked him to pair him with Filip.

“Listen, when a former NHL player wants to play with you despite your 15 years and he himself goes to the manager to tell him, it says a lot about the respect he has for you.”

“The coach listened to me! From the moment I was paired with Filip, we have done some damage. He always knew how to find me on the track. He is such a smart player. He has a sense of anticipation that makes him very dangerous. He is fast and he also knows how to create dangerous sequences on his own.

What impact on the NHL?

For Frantisek Stolc, there is no doubt that Mesar will have a great and long career in the NHL. He also dares a very bold, but oh so exciting projection on him.

“In my opinion he will become a very good player, because NHL hockey is increasingly tied to speed and this is Filip’s greatest strength. I would also like to tell you that he will become one of the best skaters in the NHL.

“I think he has what it takes to establish himself as one of the top two Canadiens lines in the future. He has excellent offensive skills and has always been able to adapt to the caliber of play that was offered to him. Personally, I have never seen Filip being overwhelmed by a new challenge. Quite the contrary ».

“He will have a bright future in the NHL. He has the talent and work ethic to achieve his goals. 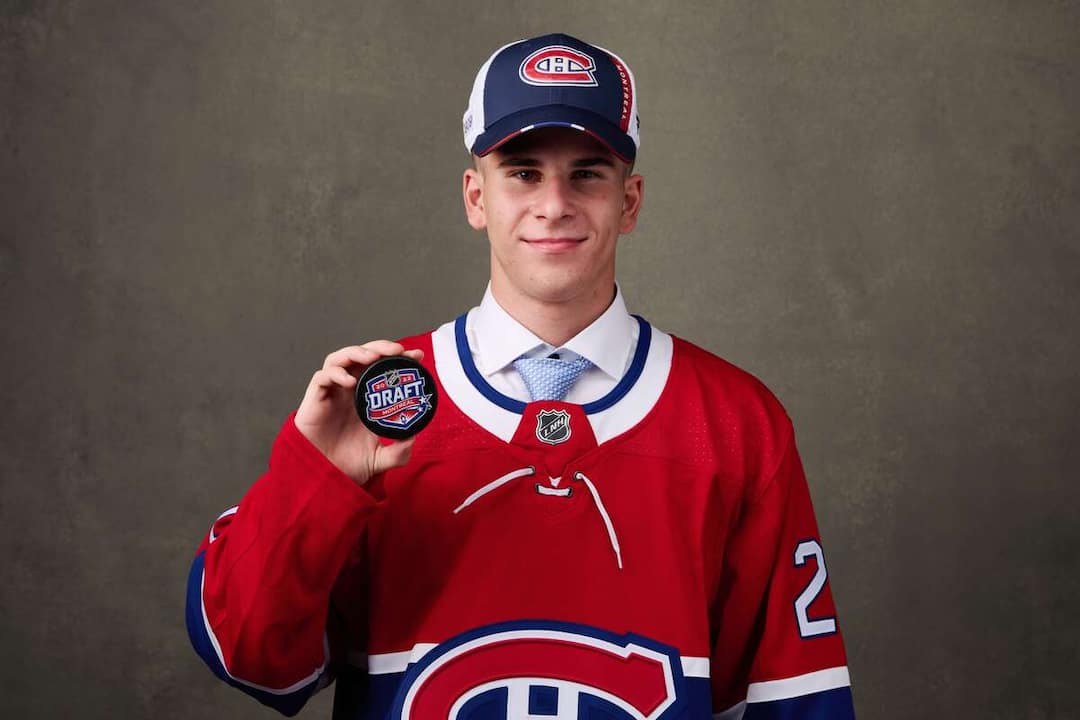 “Mesar and Slafkovsky have a lot of good qualities, but the main and undisputed reason behind their selection is the production we believe they will have in the NHL.”

Another very interesting aspect in the case of the young Slovak: his versatility. It seems, his former sporting director confides, that he can play in the center as well as on the wing.

“He played all of his junior hockey and his junior hockey in central position. But when he got into the first team, we moved him to the wing so that he learned to manage in that position too. In the beginning he always had a tendency to be the center, but he has really learned to be effective as a winger, so now he can play in both places. Your next manager will have the luxury of choosing!

Some Alex Kovalev in the nose

The author of these lines is about to put an end to the telephone conversation with the Sainte-Flanelle recruiter, when the latter interrupts him.

“Wait a minute! I have a little interesting information to give you. If you have the opportunity to travel to matches, pay attention to what Filip does in the warm-up sessions. He does amazing things! He constantly does things that are not possible with the record. Each session, in fact, becomes for him a practice of individual skills.

“Everyone prepares for a game differently, but if you look at the NHL’s top players like Sidney Crosby, he uses every warm-up to experience magical things which he then replicates in games. And now is exactly the time to practice these kinds of maneuvers!

“Filip is not Alexei Kovalev, but back then people paid to see number 27 in training because he was so spectacular. Mesar is in this category. He is a spectacular player who spares no effort to make sure his feints and graceful gestures are at the highest level possible.

No, Filip Mesar is not Alex Kovalev. At the moment it is also very far from it. But if we trust the comments of people who have been close to him for several years, he too could, with the right approach and like the Russian, make Habs fans smile for a long time.