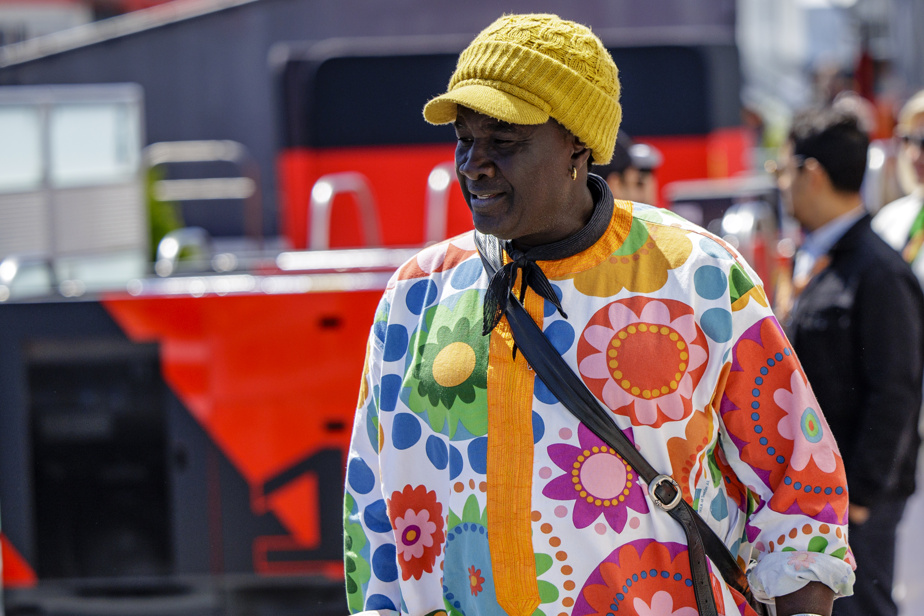 Her name is Moko, “as we talk about Bono or Cher”. At every Grand Prix for decades, Moko has been there, somewhere in the paddocks. He goes around, greets everyone as if he knew him.

Her age ? We ignore it. “Age is not important!”, Launches the likeable character in an interview with The printSunday morning.

His work ? We ignore it too. “I don’t like talking about what I do! I came here to watch the race no matter what I do! she exclaims.

What we do know is that his name is Moko, who is Senegalese and who is a car racing enthusiast. Probably one of the largest in the world. But he doesn’t like getting that label. “That’s what people say because they have nothing to say,” he says.

I, I wander around. Travel, for passion!

This passion comes from the 1970s, during the apartheid era, when South Africa was “divided between blacks and whites”.

“In those years when we were playing football or rugby, I, very young, decided to cheer for a white man,” he says. And this white man, he was South African. This White, in an individual sport that is Formula 1, has become world champion, the only African. For Ferrari. And this white boy’s name is Jody Scheckter. ”

It is therefore the Ferrari team that he still supports today, and not “a particular driver, because the drivers change”. “The team does not change. But they all give me pleasure, “he says.

Wherever Formula 1 goes, year after year, there is Moko. Since when ? “I don’t count anymore! He replied.

The man whose age is unknown does not consider himself a “supporter”, no. He prefers the term “enthusiast”.

“My passion for Formula 1 is no different from the enthusiast who will buy a 100 million Picasso painting,” he says. Once they have the painting, they look for another one. I, the difference, when the checkered flag goes down, I think about the other race. The money gap is huge, but my passion is the same.

“It is this duality between the machine and the man that gives me pleasure. I cannot describe it. ”

In Montreal as elsewhere, in the paddocks, everyone greeted Moko on Sunday morning.

“They don’t know me, they see me,” he suggests. It’s different. There is a charm, they realize that I am a passionate person who is pleasant to live with everyone. That’s all. They always saw me! ”

At the end of the interview, as we are about to turn off the tape recorder, Moko insists on talking about Montreal.

“I’m always happy with the enthusiasm the people of Montreal have for motor racing,” he says. And this, rest in peace Gilles Villeneuve. He has never been world champion, he was his son, but I think that subconsciously the Montrealers have adopted the race in memory of Gilles. Because in this country there is hockey.

“May God protect the city of Montreal and its people. In memory of Gilles Villeneuve, we return. ”