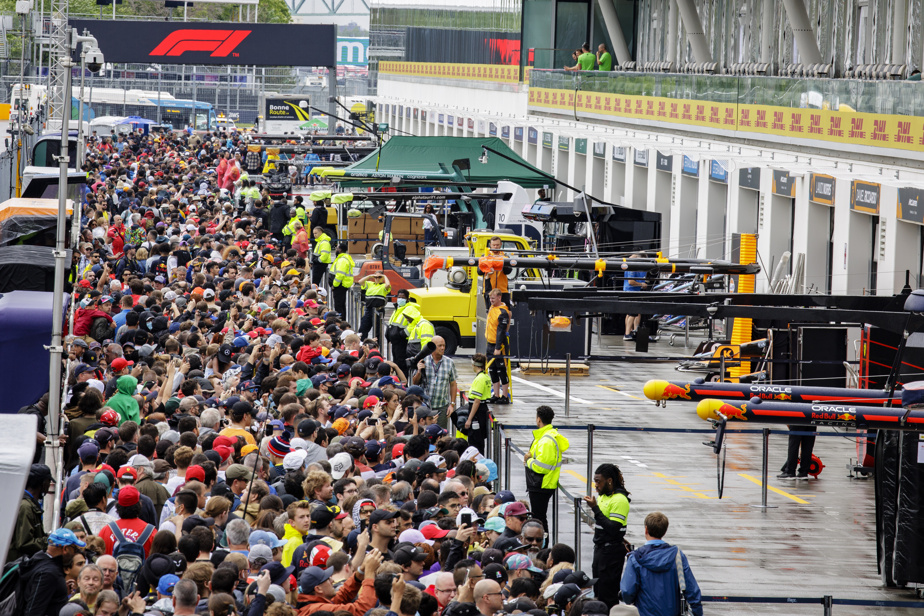 “This morning, I think there are more people than usual on the subway! “He launches François Dumontier with a smile on Thursday, when a mass of spectators arrives in front of the paddocks of the Gilles-Villeneuve circuit, on the occasion of the open house.

The Canadian Grand Prix promoter walks down the pit lane and meets the fans, many of whom are dressed in the colors of their favorite team.

“Since the teams have arrived, this is the comment we have had. We feel it on the pitch. They are really happy to be back in Montreal. We can not wait. ”

Like every year – before the pandemic took over in the last two – the Grand Prix draws crowds to Montreal. The maximum capacity in height and width has been reached for all the stands. According to Dumontier, the excitement is even greater than in 2019.

First of all there are two Canadian drivers, Lance Stroll and Nicholas Latifi, who will line up on the starting grid. But “the key element”, according to the promoter, “is the series on Netflix” Guide to survive.

Everyone tells us. He has created new F1 followers. There are people I know who didn’t know anything about Formula 1. They weren’t interested. They listened Guide to survive and suddenly they became amateurs.

“And it’s not just in Montreal,” he adds. This is a phenomenon that we see in all Grand Prix. ”

The controversial final race of the 2021 season, when the championship was decided on the last lap, also has its part in this craze, according to him.

Montreal has delivered excellent track performance over the years. The circuit tests the precision of the drivers and offers several straights conducive to overtaking. Not to mention the crowd, always very involved.

Currently, the two Red Bull drivers Max Verstappen and Sergio Pérez occupy the first place in the drivers’ championship, followed by Charles Leclerc in a Ferrari. After two retirements last weekend in Baku, Azerbaijan, the Ferraris will certainly want to bounce back in Montreal, where they enjoy the great support of spectators, a legacy left by Gilles Villeneuve.

“Montreal has always produced races that we weren’t expecting, so I think we have a right to expect a race [intéressante]. The Ferraris will dominate, it’s a circuit that is good for them, ”says François Dumontier.

There were some doubts about the presence of seven-time world champion Lewis Hamilton in Montreal earlier this week. The Mercedes driver struggled to extricate himself from his racing car after last Sunday’s race due to severe back pain. However, he was reassuring the next day, saying he was going to Canada to join his team.

“Lewis, in 2007, was his first career win here. […] He said he would not lose Montreal to the world. I think that [Mercedes] will want to perform well. ”

“With the new cars being a little bit wider and a little longer, I am looking forward to seeing Turns 1 and 2 at the start,” he added.

Without giving too many details, François Dumontier promises that homage will be paid to Gilles Villeneuve, who died on the track 40 years ago.