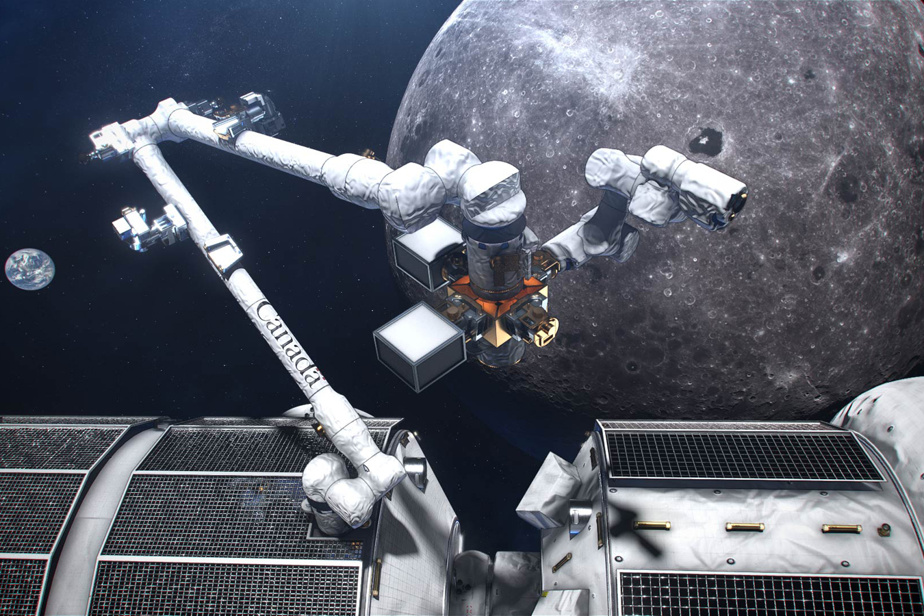 One is a climatologist, the other an astronomer. They direct the space science orientations of their respective countries. This week, NASA’s new chief scientist Katherine Calvin met her Canadian Space Agency (CSA) counterpart Sarah Gallagher in Saint-Hubert and Ottawa. The print interviewed them in Ottawa.

D. What did you talk about?

Katherine Calvin: We wanted to talk about our partnership with climate science and the data available to NASA.

Sarah Gallagher: We have many collaborative projects. We will receive an asteroid sample next year from a NASA mission. We contributed to the SWOT satellite [Topographie des eaux de surface et des océans], which will be launched next fall. And we’re working on Canadarm3 for the Gateway Lunar Station.

What is the advantage of SWOT?

KC: It’s a collaboration between NASA and France, with British and Canadian contributions. For the first time it will measure the amount of water in rivers and lakes, for the moment evaluated with meters in the field. It is important for energy and agriculture. It will also measure the absorption of heat and carbon by the oceans.

Where will the asteroid sample be stored?

SG: A CSA laser tool has enabled the probe OSIRIS-REx to take a sample from the asteroid Benu in 2020. We will have part of this sample. We are determining where it will be stored, possibly at our headquarters in Saint-Hubert.

Another important Canadian-American collaboration is the space telescope James Webb.

KC: Even though I’m not an astrophysicist, I still got up early at Christmas to watch the launch.

SG: The first scientific images will be unveiled on July 12th. Many of my colleagues have blocked the next two weeks to work on it. So far we have only had technical pictures to confirm that the tools are working correctly. I expect the July 12 images to be different in showing the capabilities of the telescope.

Outside the field of astrophysics, what are the concrete benefits of space exploration?

SG: Our technology development program in space medicine, for example, is specifically aimed at keeping astronauts on board the Gateway station healthy. In Earth orbit, an astronaut can be brought back to Earth in a matter of hours. But on the moon, it takes several days. Telemedicine is very useful for remote areas of Canada.

KC: We are trying to grow agricultural crops on the International Space Station. There are already terrestrial applications of this program, such as LED lights for indoor farming and the technology to apply fertilizers close to the roots to use less.

SG: We also have an indoor container cultivation program in Nunavut, the Naurvik project. Technicians from the region have been trained to deal with it.

What other missions are in preparation?

KC: The next satellite observation system will provide a 3D image of the atmosphere by the end of the decade.

SG: The CSA will provide three tools for this system, two that will look at the edge of the atmosphere and one that will look down. They will capture all particles such as ice and aerosols. These are the greatest uncertainties about the warming and cooling of the Earth.

Will Gateway be used to build a rocket to Mars?

SG: We study the resources of the Moon. The water is very heavy, if you can get it to the moon you save on launch costs. It is also possible to use lunar materials to build structures. Lunar processing experiments are planned.

Do you think your appointments will impact women’s access to science careers? Have you encountered obstacles as a woman in your career?

SG: I am the first person to fill this position. The obstacles were subtle. For example, I am sometimes asked if I am a PhD student or an assistant. When I’m the only woman in a meeting, I feel a responsibility to be excellent.

KC: We also met the Canadian chief scientist, Mona Nemer. In my case, there had already been a woman in the position I hold. At the beginning of my career it was more common for me to be the only woman in a meeting. It is good that this is no longer the case.

Will a Canadian walk on the moon?

SG: That’s a reasonable expectation. We are Gateway partners and our astronauts will go there.

Are you expecting to witness a manned mission to Mars before retiring?

KC: We will do more and more complex missions to the Moon and from the Moon.

SG: Many difficult problems need to be solved, including the long-term impact of radiation on astronauts. I would say: maybe.