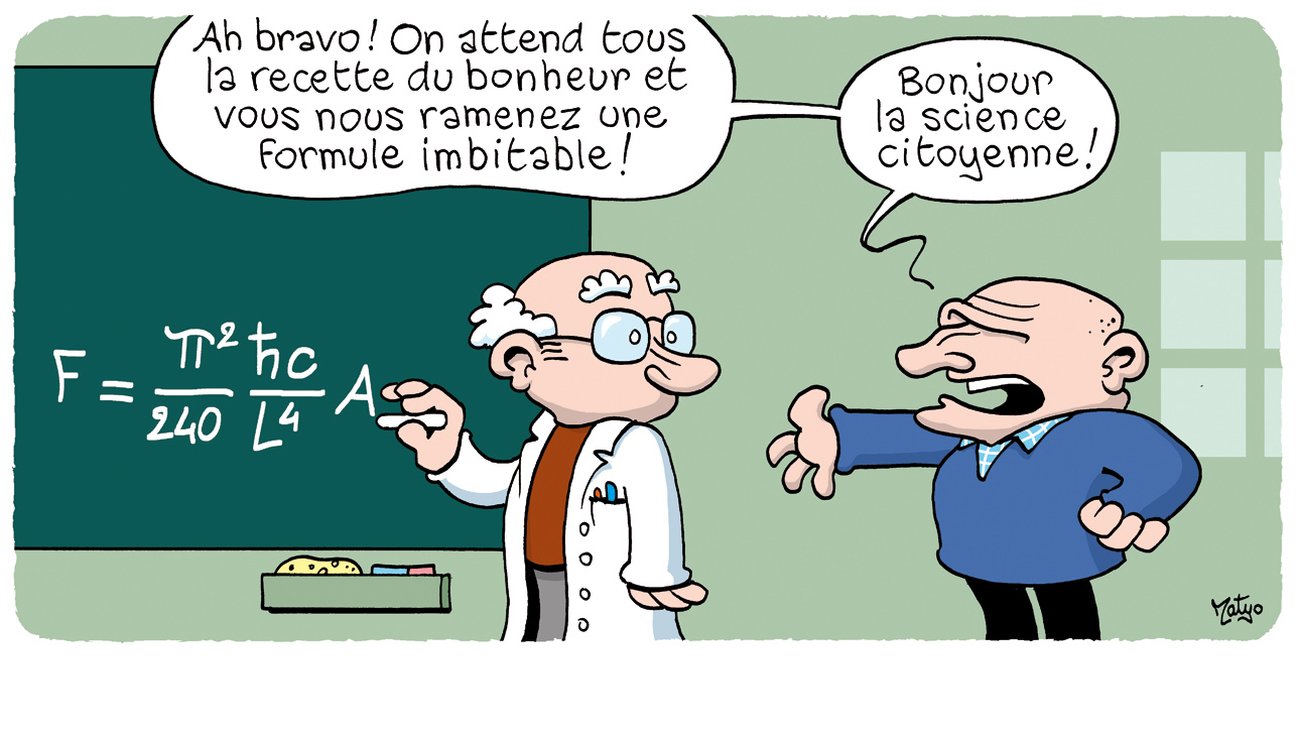 We have seen for several years that it is fashionable to qualify all types of activities as “citizens”, as if this immediately made them more acceptable and democratic. Let’s talk about citizen debate, or consultation, school, discourse, initiative and even city enterprise! As if it weren’t obvious that all concerned are citizens by definition. While these expressions are in a certain sense pleonasms, the situation is different for the expression “citizen science”, often used without precaution and above all without knowing exactly what it is. Because qualifying a name also means limiting its extension. The question arises: what kind of science would this “citizen science” be?

It is initially a copy – and a bad translation that does not respect the syntax of the French language – of the English expression “citizen science” which, for twenty years, has referred to the participation of ordinary citizens without particular scientific training in projects of research that requires the collection of a large amount of relatively simple information, such as noting the place of observation of migratory birds in a common database using the Internet, which then allows researchers to track their movements over very large distances. In French, this practice is simply called “participatory science”, an expression also used in English. (participatory science).

Read also:
All at the bedside of the planet!

The expression “citizen science” is all the more problematic as it has a completely different meaning from the simple participation of amateurs in a research project. It describes the project of a science at the service of citizens, in line with the scientists of the American left who, in 1969, founded the magazine Science for people. Thus, a “Manifesto for a civic, responsible and united science”, which appeared in 1999 in a context of growing ecological needs, states that science must be at the service of “citizens”, without anyone really knowing who we are talking about (farmers ? environmentalists?). Among other things, he affirms that “research must develop within the framework of a social contract drawn up in a democratic way”; that this contract “implies the definition of a common object” and that this object “is no longer knowledge as an end in itself, but the response to the needs of society”. What needs? needs of whom?

The term “citizen”, apparently generous, indicates the intention to limit the autonomy of researchers. If a “citizen” science cares less than an “Aryan science” or a “proletarian science” of sad memory, it does not lessen the project of a dirigisme at the service of the “citizens”, of which we do not know who in the right will decide the priority. Not to mention that it is impossible to predict where the most useful discoveries for society will emerge from.

From 17And century, the purpose of science (without qualification) is to explain phenomena due to natural causes, which exclude supernatural causes, but include social causes because human beings are part of nature. Before being at the service of “citizens” – as if this category were homogeneous and there were no groups with diverging interests in any society – science was at the service of understanding the world and the truth, whether or not its results are for please certain “citizens”.