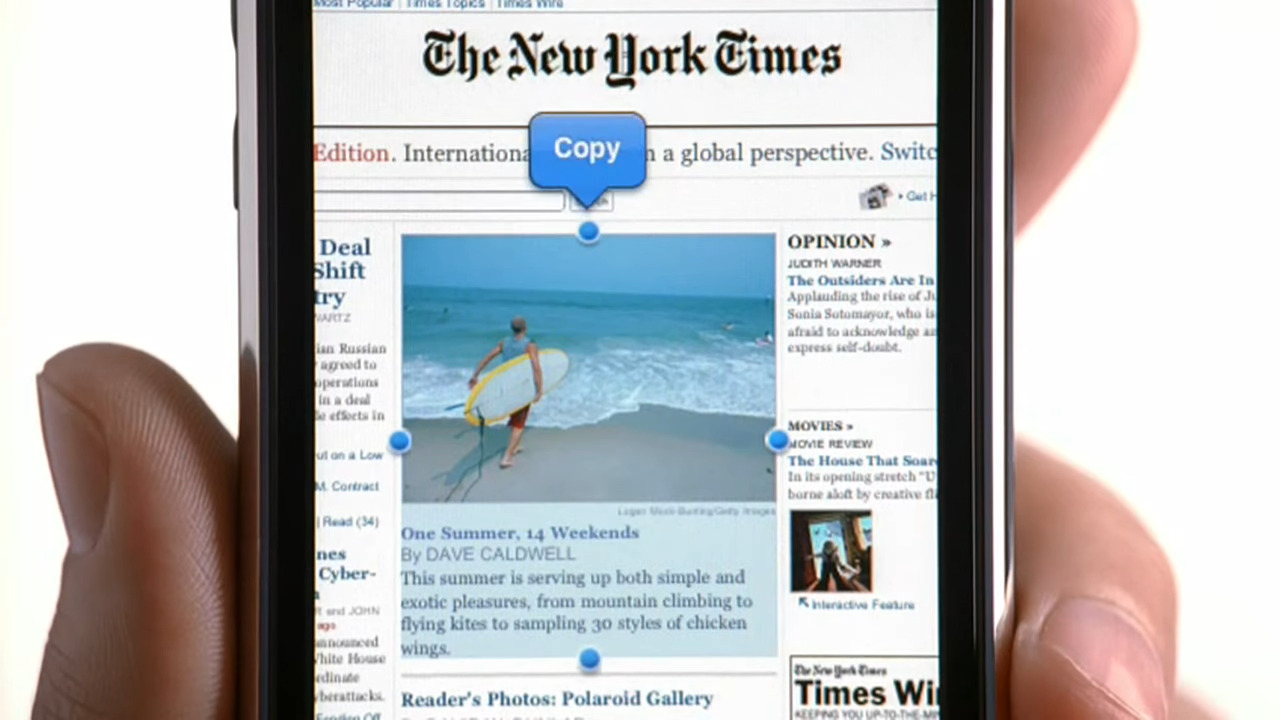 A member of the early iPhone team reveals why it took so long for the iPhone to finally get one of its most basic features: copy and paste.

When Apple introduced the first iPhone in 2007, the world of smartphones changed forever. This momentum of incredible novelty for the time, however, lacked some of the most basic functionality.

Many years later, former Apple engineer Ken Kocienda explains why Apple’s original smartphone didn’t include an option to copy and paste text. While we wait for the iPhone 14 this year, things were very different back then.

A project that was going well

Ken Kocienda, who joined Apple in 2001, was one of the main engineers behind the first iPhone. He simply says that the company has never had the time to think about integrating such a basic function.

Beyond the reason given, his team was already busy creating a virtual keyboard with an autocorrect system that had taken several tries and earned Apple engineers a few sleepless nights to get it right.

The Kocienda team had to apply a larger virtual touch area than the buttons themselves to make this keyboard possible. The iPhone then recognized the keys you wanted to type even though your input didn’t accurately touch the on-screen button.

Problems to be solved and necessary tools to be developed upstream

After the phone was launched, his team finally got to the point, so it took some time for the feature to get to the end user.

The former Apple engineer also explains that before being entitled to the copy-paste option, it was necessary to invent other necessary tools such as the text magnifier magnifier that would let users know exactly where to point the cursor in the text.

Our finger never actually touches the intended area due to user perception and the system had to take this distortion into account.

The curvature of the fingers makes you think you are touching the screen higher than you. Hence, the keys are deformed to account for this. That is why, to this day, it is difficult to direct touches when you hold the phone upside down. pic.twitter.com/xl8YaxvKKu

A ” Tap History log (History of finger movements on the screen) also had to be implemented to compensate for the latency of the system which ended up detecting the user’s finger with a delay that made the input inaccurate.

This history then made it possible to automatically detect the position of the user’s finger a few milliseconds after the last input so that the cursor stays in the right place.

Another problem that the Apple team has faced is the stylized fonts used in apps based on Safari’s WebKit rendering engine. Whenever an application used a custom font, it would display a small web page for text.

When the text was not changed, the phone then displayed a static image of the content, presumably to save CPU, RAM and battery. The copy-paste option has finally seen the light with version 3.0 of the iPhone OS (now renamed iOS) which has arrived on the iPhone 3GS. The feature even got its own TV commercial.

According to Kocienda, copying and pasting wasn’t the first iPhone’s only flaw. This too lacked a multitasking mode due to the lack of RAM and virtual memory.

The engineers then had to create a system called “jetsam” that would force the iPhone to use only one app at a time and interrupt all other background activities to prevent performance issues.

Apple teams therefore had to put some features aside for a while to focus on the essentials and deliver this iPhone on time.