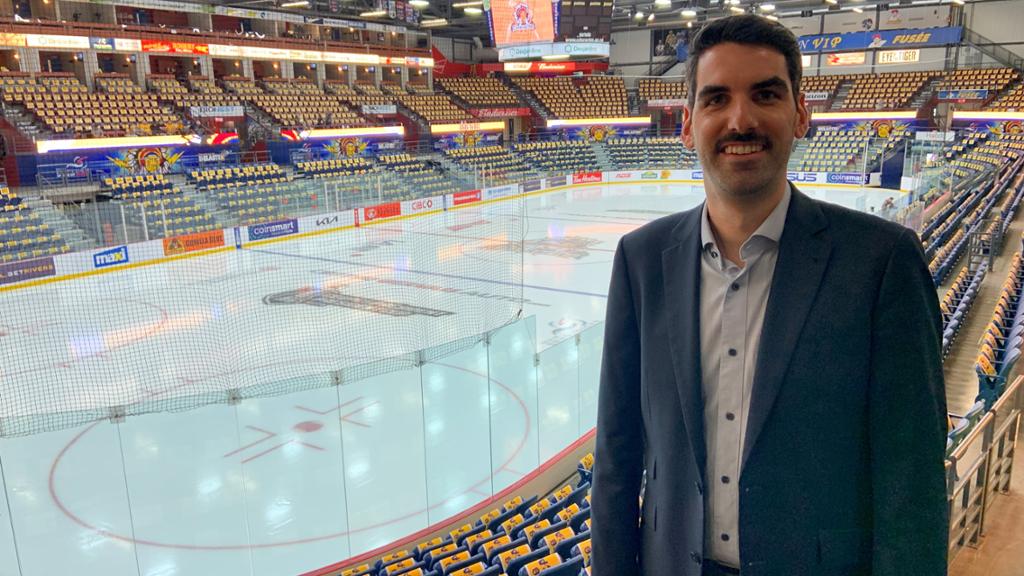 During the month of June, the NHL’s “Hockey is for Everyone” initiative and the NHL Players’ Association (NHLPA) will celebrate Pride Month. Throughout the month, NHL.com will be sharing stories related to the LGBTQ + hockey community. Today, a testimony from Guillaume Lepage, a journalist on our team who has been following the activities of the Montreal Canadiens, the NHL and the draft candidates for more than five years.

Ten years. It took me 10 years of experience in the profession to overcome my fears, my apprehensions and come to the conclusion that I could be a journalist in the world of hockey by dropping my mask. Being myself. By being openly gay.

Ten years of personal development and acceptance process, sure, but also a lot of questions about whether the person I really was could climb the ladder and eventually settle in this, let’s face it, rather conservative environment. .

Even though I now feel good in my place on the pitch, and this has proved to me, I was still asking myself this question until last summer. For me the two realities were not compatible.

That all changed the day Luke Prokop became the first active player from an NHL team to reveal his homosexuality, on July 19, 2021. When I saw all the support and positive reactions from people in the industry towards him, I decided it was time. I was ready. The last hurdle had just fallen.

Two days later I was out with my family, friends and some colleagues. An emotionally draining process, but which turned out to be more than positive. In 30 years I have never been so happy, fulfilled and close to those around me as last year.

I have nothing more to hide, I no longer have to walk on eggshells or adapt my speech to the context.

In that sense, my story is no different from that of everyone else who has had to come out at some point in their life, or who don’t feel ready to do so yet. What sets it apart is that it will forever be linked to hockey for better or for worse.

As much as I love sport and my profession, I see that there is still a long way to go in terms of diversity and inclusion. The fact that more and more players in the community are comfortable sharing their story is a sign of progress, but we don’t have to stop there.

I write this text with the intention that it is another step forward. The goal is not to bring the spotlight to me – I’m not used to it, anyway – but to add my voice to those of the few people who dare to appear in the world of hockey.

Some will say that it is my private life, that I should keep it in my inner circle. But it’s all a matter of representation. When we see someone with a similar background growing up in our personal and professional life, we say to ourselves: “and why not me? “

It’s important. Especially since patterns of sexual and gender diversity are not a common sight in hockey and sports media in general. Away from there. Luke Prokop was mine a year ago, and I hope my story catches on, which helps at least one person to feel better about themselves. To accept yourself.

If I had read such a testimony while I was in school, perhaps the idea of ​​making my way into the world of sports without ever talking about this facet to those around me, would not have germinated in me. Maybe I wouldn’t have deprived myself of fully assuming before and experiencing beautiful things when I was twenty. The list of “maybe” is long.

To be honest, I still have concerns about this one being released, a little more public this time around. I admit that I wonder if the perception of the stakeholders, with whom I have close ties in the last ten years, will change towards me. I dare to hope that we will be elsewhere in 2022.

In any case, it is necessary to start this discussion in the world of sport. Wondering what still drives too many players and people who gravitate to them to choose to live in secret. Think about how to bring about a cultural change and show greater openness. If my story can raise awareness in the community, then it will be a win. The rest is secondary.

No reason not to say it loud and clear: I’m gay and I’m proud of it.