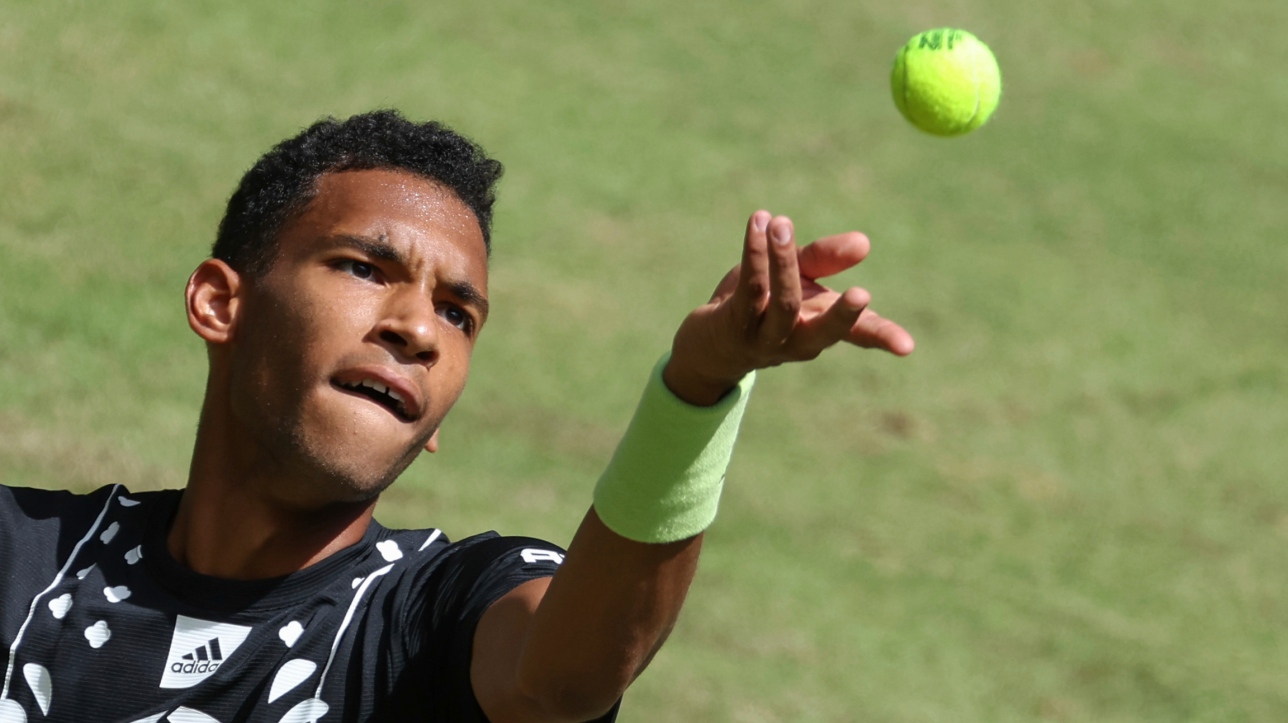 HALLE, Germany – Félix Auger-Aliassime didn’t have an easy time in his first match at the Halle turf tournament, but still found a way to win.

Having dominated the first set thanks to two breaks, Auger-Aliassime has torn something more in the second set. In particular, he gave up three breaks to his opponent, who has been very solid in his comebacks.

“I just lost my concentration a bit,” Auger-Aliassime explained during his on-pitch interview after the match. I think in the second set he regained his confidence, he started shooting good shots and serving much better. Things got a little complicated and difficult for me. In the end, it’s great that we managed to find a way to win. “

The 21-year-old Quebecer took the lead in the third set when he broke the Giron in the sixth game to take the lead 4-2. He completed his game with 11 aces and five double fouls and also scored 23 unforced errors – against Giron’s 28.

“I had some pretty negative thoughts at the end of the second set,” he admitted. To be honest, I don’t usually miss this kind of set, especially when I get two breaks. It is not normal for me, especially on this surface. I had to change my attitude and say to myself, ok, there’s a third set to play, I haven’t lost yet and I’m still on the pitch, so let’s think positive. “

The two previous confrontations between the two players ended with 6-3, 6-2 wins in favor of Quebecer, the first of which took place in Halle in last year’s quarter-finals.

Auger-Aliassime reached the semifinals in ‘s-Hertogenbosch, the Netherlands, last week and his win over Giron improves his career record on grass to 21-7.

In the next round, Auger-Aliassime will face another American, Mackenzie McDonald, winner of the Swiss Marc-Andrea Huesler.

Shapovalov will have to wait

For his part, Denis Shapovalov was unable to complete his first round match at London’s Queen’s Tourneo when his duel against American Tommy Paul was interrupted by darkness.

At around 9.20pm UK time, the match was postponed to Wednesday, moments after Shapovalov won the second set 6-2.

Sixth-seeded in the tounoi, the Canadian southpaw had escaped the first set with a tally of 6-4.

The clash between the 15th and 35 players on the ATP rankings began almost five hours after the originally scheduled time, on Field 1.

Elsewhere in Birmingham, Canadian Rebecca Marino lost 6-2, 5-7, 6-3 to Latvian first-seed Jelena Ostapenko. Marino had moved on to the main draw after winning two matches in qualifying.

In Berlin, Canadian Bianca Andreescu and her German partner Sabine Lisicki progressed to the women’s doubles quarter-finals by winning 7-5, 6-4 in two sets against China’s Yi-Fan Xu and Zhaoxuan Yang.