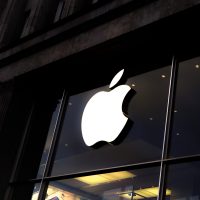 At the Worldwide Developers Conference (WWDC) event held on June 6, Apple announced a new MacBook Air, one of its most popular Macs, featuring the all-new M2 System on Chip (SoC) and a host of hardware and software enhancements. However, the previous generation MacBook Air is still an interesting option. 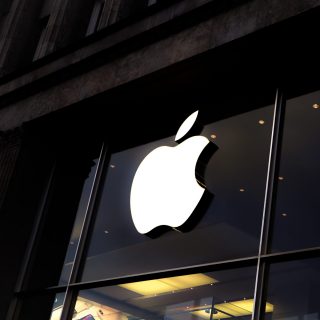 The focal point of this generation upgrade is obviously the new M2 SoC. While it’s not as fast as the M1 Pro and M1 Ultra, it still offers a nice improvement over the M1. Built with 20 billion 5nm transistors, the M2 features an eight-core processor, extended cache, and larger memory bandwidth. Apple says these improvements represent an 18% increase in processor performance over the previous generation M1.

Additionally, the M2 chip increases the number of graphics cores from 7 to 10, improving its performance in GPU-accelerated workloads and games. Thanks to the increased number of cores and optimizations, the M2’s GPU is 25% faster than the M1’s at the same power level and 35% faster at full power.

Other systems in the M2 include a revamped neural engine that can process over 40% more operations than the M1 and a high-bandwidth media decoder that supports 8K H.264 and HEVC video. And of course, the M2 still features Apple’s latest Secure Enclave, a staple for its M-series chip-based Macs.

The MacBook Air leaves its distinctive tapered design and adopts the same rounded block aesthetic as the MacBook Pro. Prior to this redesign, the MacBook Air was thicker at the hinge, then gradually tapered to the thinnest point under the palm rest. Although the design has changed, it’s still just as light, weighing just 1.24kg and measuring 1.13cm thick. The all-metal body is made from 100% recycled aluminum to be a bit greener.

In its basic configuration, the MacBook Air only has 8GB of unified memory and 256GB of SSD storage. It also uses an M2 chip with an eight-core GPU. The full M2 with 10-core GPU is available in the high-end configuration with 512GB of storage. However, the maximum memory capacity has been extended to 24GB. The maximum configurable storage space is still 2 TB. All models remain passively cooled, which means there are no noisy fans no matter the workload.

The performance increase does not come at the expense of battery life. Apple says the new MacBook Air offers up to 18 hours of use on a single charge. The device also allows fast charging of up to 50% in 30 minutes with the 67W USB-C power adapter, sold separately, of course.

Performance aside, one immediately noticeable difference is the display. Not only is it now larger, from 13.3-inch to 13.6-inch, but it has also been replaced by a Liquid Retina display that supports the full DCI-P3 color gamut and reaches a maximum brightness of 500 nits.

The price of Apple’s new M2-based MacBook Air starts at $ 1,499, which is $ 200 more than the previous generation. For the configuration with the 10-core GPU, the price starts at $ 1,899, which may tempt buyers to look to the 13-inch MacBook Pro, which has also been upgraded with the M2 chip and starts costing $ 1,699.

For more details, the original article (in English) is available on the site IT world Canadaa sister publication of IT management.

Apple, Microsoft, and Google are expanding support for passwordless sign-in