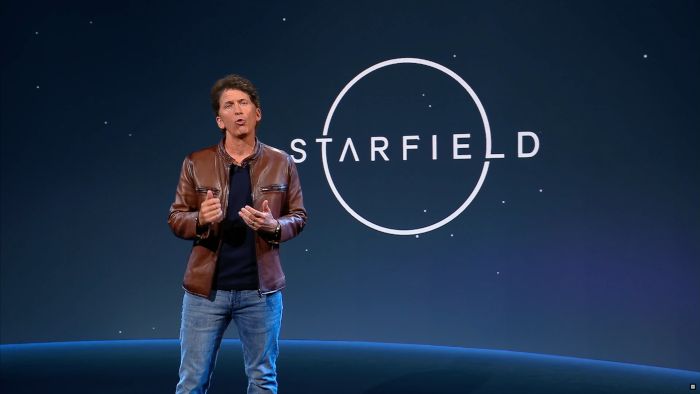 During the Xbox & Bethesda Games Showcase, Bethesda Softworks revealed a first look at Starfield, the first gameplay footage for Redfall, and the latest for The Elder Scrolls Online and Fallout 76.

Starfield is the first new universe in 25 years from Bethesda Game Studios, the award-winning creators of The Elder Scrolls V: Skyrim and Fallout 4. In this next-generation RPG set among the stars, players can create their own character, explore with unprecedented freedom, experience an epic adventure and solve humanity’s greatest mystery.

The year is 2330. Humanity has ventured beyond our solar system to settle on new planets and explore space. After starting the adventure as a simple space miner, players will join Constellation, the latest group of space explorers in search of rare artifacts across the galaxy, and set out to explore the vastness of the Occupied Systems in the largest and most ambitious of Bethesda Game Studios game to date.

Redfall, the new title developed by Arkane Austin, is an open world cooperative first person shooter. The story takes place in the town of Redfall, Massachusetts, on an island overrun by an army of vampires. The first official trailer showed a gameplay moment of the game that was able to showcase Arkane Austin’s well-known creativity in terms of gameplay mechanics.

Players will discover fascinating ways to combine the powers and abilities of their teammates to battle hordes of vampires. Redfall has an in-depth skill system for each character. He meets Devinder, the cryptozoologist too curious for his own good, Layla, the telekinetic student, Remi, the brilliant military engineer, and finally Jacob, the former army sniper.

Some places in Redfall, like Downtown or Seaside Promenade, take players to mystical and terrifying places where reality is altered. Uncover the mystery behind Redfall’s vampire menace through action-packed combat and environmental narratives.

The Pitt is the next major content update for Fallout 76, which will be available for free to all players in September. Venturing beyond the borders of the Appalachians to The Pitt, a gloomy and desolate industrial site plagued by confrontation and overwhelmed by radiation, players will come to the aid of the Union, a fledgling group of freedom fighters who are desperately trying to reclaim his home from a faction of power-hungry raiders known as the Fanatics.

Gameplay trailer offers a preview of the new content arriving in Fallout 76: The Pitt next September: a new location, Pittsburgh, ever-changing repeatable missions for up to four players, new stories and factions, new rewards for players and new enemies to defeat.

Over 20 million Eso players will be able to travel to never-before-seen places in Tamriel and gain access to a new card game called Tales of Glory, as well as hours and hours of new stories, challenging bosses and side quests to discover. Players can purchase the new chapter from the ESO Store or from the store on the platform of their choice. High Isle is now available on PC / Mac and Stadia and on Xbox and PlayStation consoles on June 21, 2022.