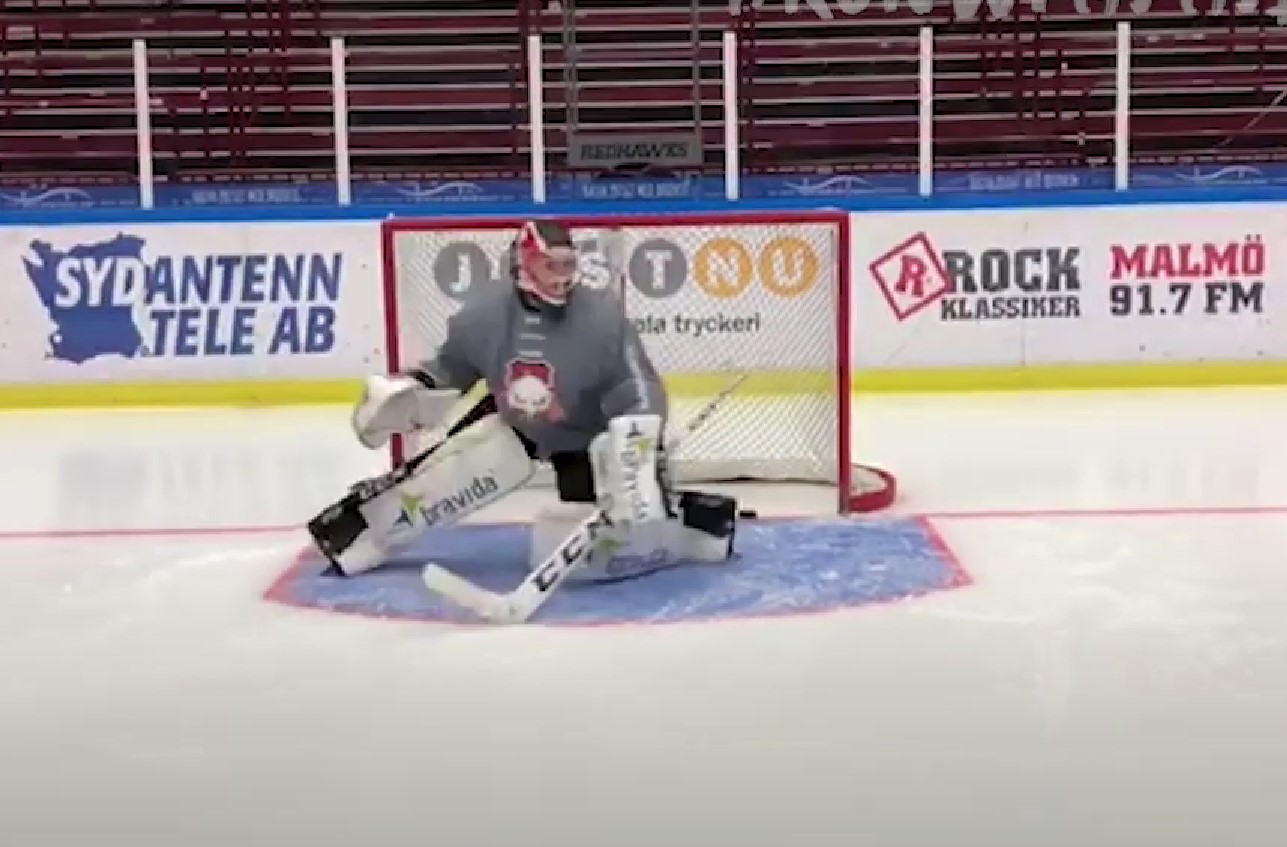 Particularly intriguing is the survey on the net for the Canadian. Especially since, knowing that Carey Price’s career is probably over, a successor will have to be found in the coming years if the club is to return to being competitive.

We agree that Jake Allen and Samuel Montembeault are not viable options in the long run.

In recent years, the Habs recruiting department appears to have embarked on a mission: to fish giant-sized cerberus. Cayden Primeau (6’3), Frederik Dichow (6’4), Jakub Dobes (6’5), Joe Vrbetic (6’6) and Emmett Croteau (6’3) have all been enrolled by the organization since 2017.

Here, the reasoning is that if you try your luck every year on a high-potential goalkeeper, you will end up with one that stands out.

That’s not the case for now, but it’s something to keep an eye on. These guards have had them all flashes great, but we’ll need to see more consistency to get a better idea.

One of the players in this group whose case is interesting is Dichow. Incidentally, the Eyes On The Prize team has just released a fascinating podcast about the Dane’s plight.

🚨🚨NEW PODCAST🚨🚨
What are the prospects for Frederik Dichow?
We talk to Frölunda’s coaching staff and the first goalkeeper Lars Johansson who comes up with the idea #The Gnome. @_DylanWaugh join the podcast to decipher goalkeeper jargon. @HabsEOTP #GoHabsGo #Habs
🟢https: //t.co/xPpzpoBMyd

The three speakers talked each about Dichow’s strengths, but also what he still needed to improve.

Quite unanimously, they described the potential Canadian candidate as extremely talented, but who still needs to gain strength (he weighs only 192 pounds) and improve his speed.

Patrik Bexell and Dylan Waugh, the podcast hosts, also went there with their analysis and predictions:

I think he is surrounded by great people who will get the best out of him, but in his case it will be all or nothing. He will become an excellent NHL goalkeeper or he will simply never play there. He’s so talented, but it’s about using it well.

Waugh also made a fascinating comparison:

I think the comparison with Andrei Vasilevskiy is quite good. I’m not saying Dichow is the next Vasilevskiy, because a lot has to happen for that to happen. But he has all the tools necessary to establish himself in the NHL. He will really have to work on his weak points, otherwise he will look very bad.

Yes, the comparison is very strong, but it is a great testament to Dichow’s great talent.

The Dane, however, has had a pretty incredible career since he was drafted by the CH. This year he will play for his sixth team in four seasons. He was also supposed to make the leap with Sudbury Wolves in 2020-2021, but the OHL season has been canceled. When he represented Denmark on the international stage, he was also very fickle.

We hope that Frolunda will give him the support and stability to improve.

However, the Canadian has until August 2025 to sign him. So there is no press at the moment.

The number 53 is the peak of his career for a single season @Judge 44! 👨‍⚖️👏 pic.twitter.com/yhkDtaX6ra

– A decisive season for several quarterbacks.

The last chance of the season for some quarterbacks – A message from @G_Pelletier https://t.co/tQcb8TUGhS

– The Canadian continues to dominate.

Not Pascal Siakam, not Fred VanVleet …