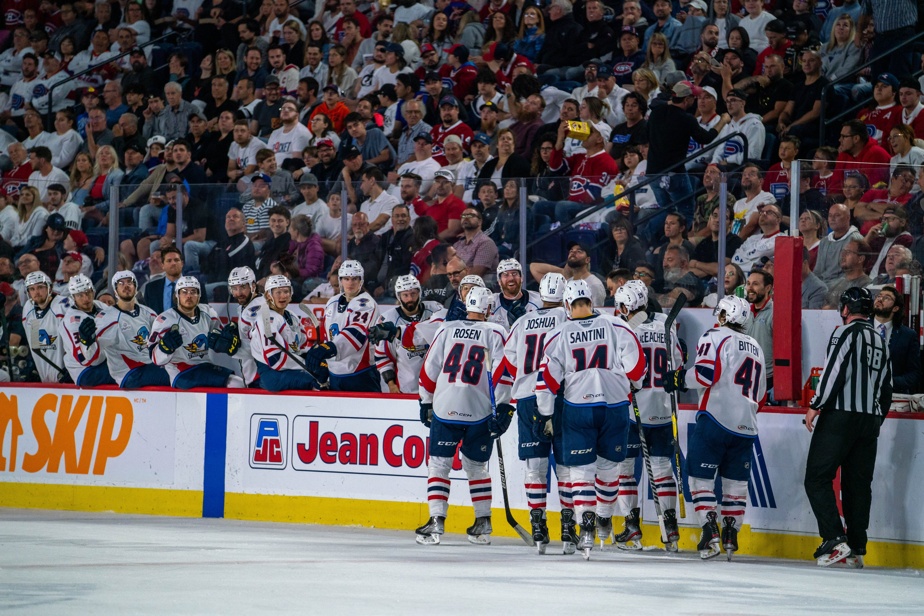 (Laval) Devente Smith-Pelly has experience. Four years ago, he won the Stanley Cup in the Washington Capitals uniform. During this spring of 2018, the striker found himself in a situation identical to that of the Rockets this spring: behind 2-3 in the semifinals.

The Capitals ultimately won Games 6 and 7 against Tampa – when the Lightning occasionally lost the playoffs – and then beat Vegas in the Finals.

Here is the Laval Rocket behind the Springfield Thunderbirds 2-3 after a 3-2 defeat on Saturday at Place Bell. A goal from veteran James Neal, scored after 18:35 play in the first half overtime, ended the hostilities.

The Rocket must now win their next two games to continue their season. Both of these matches will take place in Springfield on Monday and, if necessary, on Wednesday.

So, Smith-Pelly’s message to his teammates?

Just play. It’s fun … not to be late in a series, but to be back in a series. Our boys were amazing on our trip and if I have one thing to say to them it is to take advantage of it.

The Rockets have already been in danger in this tournament. In the first round, he was 39 seconds from being eliminated from the Syracuse Crunch when Cédric Paquette scored to force extra time. Laval’s resident season could have ended on May 17; it will go on at least until 13 June.

“We have lived through these moments before,” recalled Rocket head coach Jean-François Houle. We just have to introduce ourselves and play hockey. We have no pressure. There is no pressure on us. ”

Are these beautiful words the equivalent of the cat knowing it is sick, but still purring to give itself the strength to carry on? Leave the theories of animal scholars to others.

In real life, the Rocket appears to offer its opponents too many opportunities to get back into the game. The CH school club took the 2-0 lead in the middle of this fifth game, thanks to a brace from Rafaël Harvey-Pinard.

But the team seems unable to get rid of two recurring problems. The first is indiscipline. The team received seven penalties, including a double minor to Alex Belzile for beating him. If that four-minute penalty can be defended – Belzile came in defense of Cayden Primeau, who received a visit from Dakota Joshua – the buildup is hard for Houle to accept. Although his penalty units remain perfect in this series.

“It’s too much. We have to control our sticks, our emotions, the coach thundered. We’re talking about it. But the disadvantage does a great job of washing away penalties and keeping us in the game. I’m very proud of that.”

I don’t know if all the penalties are deserved, but we need to find a way to avoid the penalty area.

The other problem is the allowed hits. Primeau may be 22, but will eventually give in to the volume. CH Hope has faced 133 shots in his last three games, averaging 44.3 per game. He has had 32 or more shots in 11 of 12 games this spring.

“He will definitely start to tire,” Houle said. Tomorrow [dimanche], he’ll take a nice day off. ”

On the other hand, the Rocket was guilty of some mistakes that prevented him from finishing the opponent. In the midst of extra time, the team had a surplus, but Danick Martel went on deaf ears when it came time to shoot. Jean-Sébastien Dea could have played the hero again, as he had done in extra time in Rochester, but Charlie Lindgren stopped him on the run. “We had our chances, we could have won,” said Houle.

But the Rocket only shot Lindgren 27 times in nearly four bouts.

Harvey-Pinard may be amassing goals (he has scored five in his last four games), he will need support. He is having a great tournament. His defensive retreat, thirty seconds before his first goal, did not go unnoticed. “He was our best player in the playoffs,” said Smith-Pelly.

He and Primeau are the big winners of this Rocket course in the playoffs so far, to the hopes of the CH organization. Except that to continue the experience, teammates will also have to give a push.