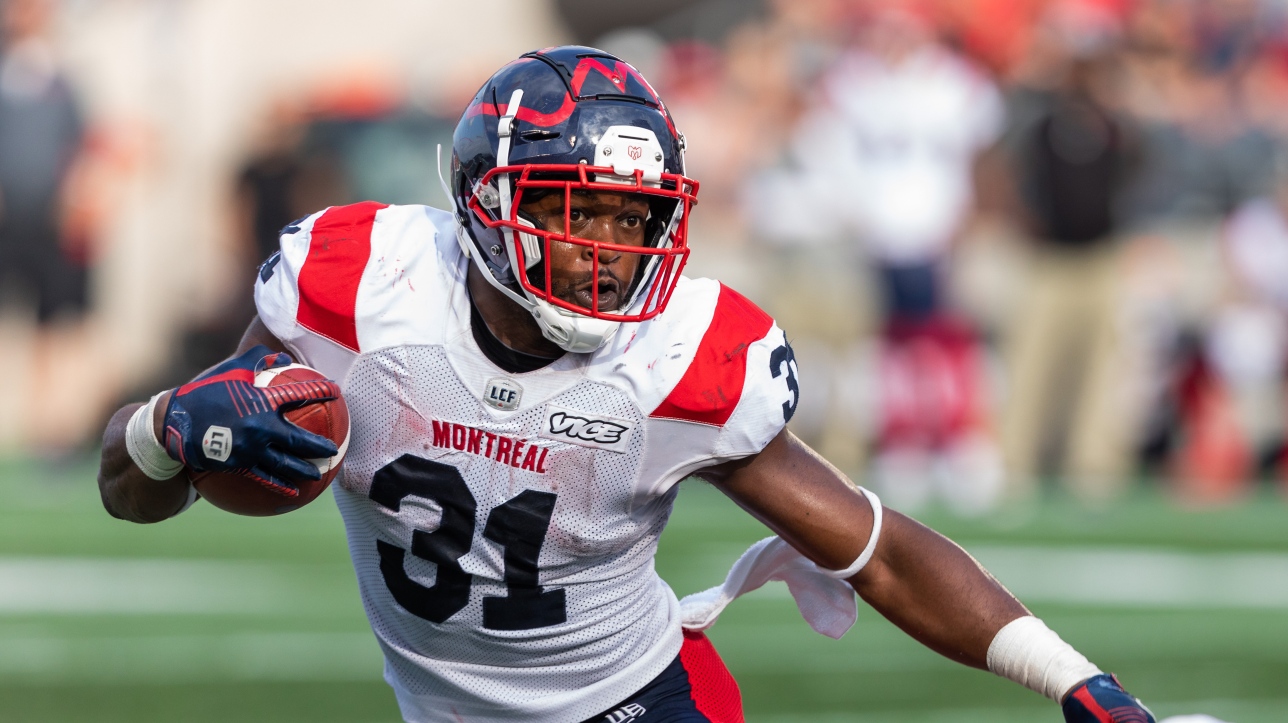 MONTREAL – There was a nice surprise on Tuesday at the Montreal Alouettes training: running back William Stanback is back in training.

The 28-year-old American is not ready to return to play: he trained on the sidelines, without equipment, with quarterback Vernon Adams Jr., also injured for six games.

Seeing Stanback without protective boots and able to catch balls and run simulated runs in a straight line is, however, an encouraging sign in his case.

Operated a few days later, his name had been placed on the injured list for six games, but the team was expecting a much longer absence in his case, until October.

This schedule was not revised downwards by the organization, although the coach, Danny Maciocia, was a little more optimistic.

“I’ll tell you at the end of September, hopefully,” he said. But it is certain that we are happy to see him on the sidelines, with his teammates. I think it is good for him, as it is good for us to see him again. There is still work to be done, everyone is aware of it and the next few weeks will be very important. “

His presence did not go unnoticed by his comrades.

“It’s great, it gives us a good dose of energy,” said quarterback Trevor Harris. In addition to being a great footballer, he is a great guy. We hope to see him again very soon. He is the type of player who will lead the league in terms of speed at the end of his career. I am convinced. He is that kind of half. We can’t wait to see him in uniform again. “

As for Adams, he appears to have completely recovered from the tendonitis in his elbow that forced the Alouettes to put his name on the long-standing injury list. He will miss the fourth game of six against the Ottawa Redblacks (2-8) on Friday.

The same goes for linebacker Tyrrell Richards. The very first pick of the last draft, injured in a knee, is ready to return to the field, but as his name has been included in the list of injuries for six games. It will be a fifth missed match on Friday. He cannot be immediately reinstated in formation.

“They are ready. They are really ready”, assured the coach of these two players.

“He needs to train more, but he’s not ruled out,” Maciocia said. We will see where he is. That’s why I often talk about how important it is to have depth: we want him to be in the squad, but if he can’t, we’ll have someone ready to take his place. “

The team also announced that they have suspended running back Tavien Feaster.

Feaster hasn’t returned to Montreal at the end of farewell week and the Alouettes simply don’t know where he is. This incident follows some other violations of the team’s rules and Maciocia has simply decided to suspend him.

The team also announced the release of Quebec offensive lineman Samuel Thomassin. Maciocia said that in his case, the Alouettes simply didn’t have a place on the training roster for him.