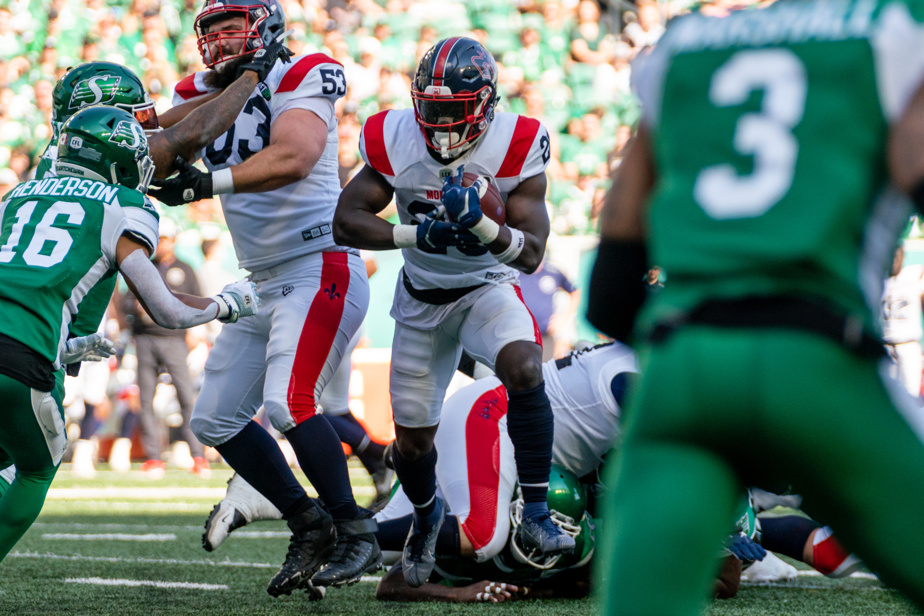 
The Alouettes arrived in Regina with the desire to beat the Saskatchewan Roughriders for the second consecutive week. However, the locals had other plans and mistreated the Montrealers, inflicting a 41-20 loss on Saturday night.

Last week, in Montreal, the Sparrows belittled the Roughriders. A football lesson that ended with the score of 37 to 13.

Over the past week, players and coaches have repeatedly reminded us not to come to the Prairies with an overdose of confidence on the sidelines of this back and forth duel. Playing at Mosaic Stadium is never an easy task, especially when the spirit is festive, like this weekend when we celebrate Canada Day.

The Alouettes also wanted to go on leave calmly, as the team will be on hiatus next week.

However, the defense, which had been the candle in the last game, failed. Nothing went as planned for the Montrealers.

The third quarter sinks the team

The start of the match was very contested and the first quarter was in favor of the Alouettes. The men in green had taken the lead 7-3 thanks to a pass from Mitchell Picton in the end zone, but the Montrealers responded quickly. Chandler Worthy, a revelation of the team this season, brought the Roughriders back 84 yards into the end zone to put the Alouettes back in the lead. It was his second touchdown in two games on a punt return.

If the first half ended with a score of 13 to 11 in favor of the Alouettes, it was on their return from the locker room that everything fell apart for Khari Jones’s troops.

Roughriders running back Jamal Morrow, just over 90 seconds into the third quarter, scored a major by covering the 13 yards that separated him from the end zone.

Then they hammered the Alouettes running, taking advantage of the perimeters game after game, nothing was right for the defense of the guests, and the locals took advantage of it.

The domination was such that the Alouettes players lost their patience. The first was Michael Wakefield. The defensive linesman received two unsportsmanlike penalties and was therefore ejected from the game. The pressure on Als and quarterback Cody Fajardo’s frolics did not help their cause. Not even Morrow’s successful colon conversion. He finished the game with 103 yards in the running.

Kian Schaffer-Baker put an end to any hope of a comeback for the Alouettes by scoring the team’s third touchdown in the third quarter. A touchdown pass for 44 yards, scored again due to the Montrealers’ poor perimeter coverage.

In the fourth quarter, the defeat continued for the Alouettes, despite a touchdown from Walter Fletcher. Nick Marshall took advantage of a soft and predictable pass from Trevor Harris to intercept the ball and score the fatal 90-yard touchdown.

The Alouettes have lost for the third time this season. Furthermore, their three defeats took place in opposing courts.

Khari Jones and her team will have a week to set the record straight. They will host the Edmonton Elks on July 14th. Until then, Jones will have to decide whether to raise Harris into the fray. The quarterback completed 18 of the 26 passes and had 198 yards, but had no touchdown passes and had two interceptions.

Vernon Adams is ready to take over. He was the one who finished the game for the Sparrows.