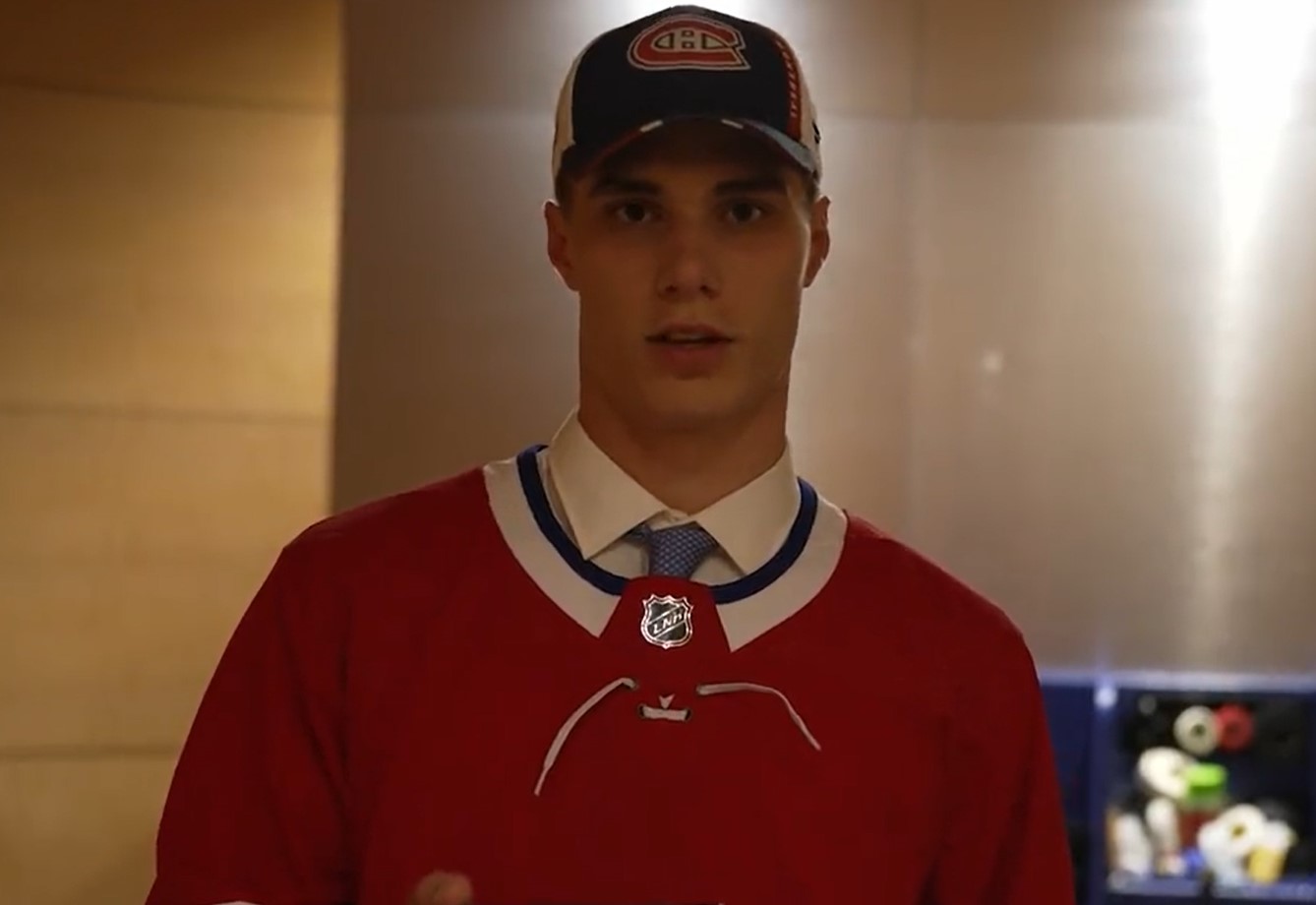 Almost two months ago, the Canadian fished out a large piece of the rebuilding puzzle. It was Juraj Slafkovsky who ultimately beat guys like Shane Wright to the finish.

How come? Because, as a CH scout expert points out, Slaf has many tools in his chest.

To win, you need a little bit of everything: speed, skill and bigger players.

And the funny thing about Juraj is that he has all of these elements at the same time! – A Canadian scout

This quote comes from an excellent article by Anthony Martineau (TVA Sports). In the article in question, we see a recruiter and Slafkovsky’s father talking about the young man.

And we learn, in particular, that CH hope has worked hard on a mental level to be ready to take on the pressure from Montreal, which is and will be huge in these difficult times on the ice.

Juraj Slafkovsky’s father and a seasoned recruiter from CH were kind enough to lend me several minutes of their time recently.

Their beautiful opening allows me this morning to present this post that could reassure many. Https://t.co/1qZBFkb3nW

Because yes, the Canadian has enlisted a hockey player, but he has also enlisted an individual who is at the heart of the club’s recovery plan. He will have to be strong between the two ears to handle the pressure well.

Seeing Shane Wright’s reaction (gaze) towards the Canadian after slipping to fourth place in the repechage, the Canadian certainly said he made the right choice. Such a reaction to the draft says a lot about how a young man experiences adversity, right? And in a market like Montreal …

Of course, this does not mean that Slaf is always cold in the face of adversity, quite the contrary. In fact, according to his father, he has recently learned to handle adversity well.

This means that at this moment, Mr. Slafkovsky (who is also called Juraj) can say this:

Mentally, everything is fine and I think he can handle media pressure and everything in Montreal. – Juraj Slafkovsky Sr. about his son

Of course, there has been a learning process since Slafkovsky was challenged very young. He left home at 14 and had the support of his parents from a distance. It will be the same this year, by the way.

Living away from home and being left to himself has made him grow and mentally and his father considers him stronger than before. This is, again, what we learn in Anthony Martineau’s article.

Perhaps in his youth he was a little more unstable and emotional. There were also times when things didn’t go well at the start of last season in Finland. In fact, some weeks have been psychologically difficult over the past year.

But I think he knows he will always have the support of his family. Over time, he has become balanced and calm. – Juraj Slafkovsky Sr. about his son

Obviously, this year, at some point, it will hit a wall. Nobody expects him to have an unhindered 60-point-18 season. He may also have to play Laval a little if need be.

And this is where his mental strength will be tested. After all, Slafkovsky’s ability to handle pressure is one of the reasons he was the Canadiens’ first choice.

If Habs fans had been thrilled with Slafkovsky before … they will be elated after reading this story. Xhekaj has been on the ice and in the gym with Slafkovsky for the past two weeks and is more than impressed: https: //t.co/upV6QpOZwn pic.twitter.com/7ruVhZXyUq

– It seems clearer and clearer: he will be the captain.

Free washing machine | The youngest captain in the history of the CH? https://t.co/3b7cSzEett

Black and red is BACK. 😤

Our third jersey drops in November.

“A young man scores 40 goals and now he wants to get 7 million dollars per campaign”. 😳https: //t.co/SoCQ7Ljcqy

A return to Quebec for Pascal? 👀👀 https://t.co/hIHUMYUc82