The Grand Prix and the praise of its great cars no longer exist in a city that wants to be green like Montreal, environmentalists say.

“F1 is nothing more than a great advertising campaign for the automobile,” sums up Blaise Rémillard, of the Montreal Regional Council for the Environment.

“And this is totally incompatible and inconsistent with our ambitions to be a city that demonstrates environmental leadership like Montreal. “

“It is up to the organizers to explain how they intend to contribute to the ecological transition efforts,” we just replied.

The Projet Montréal was nevertheless elected on the basis of ambitious commitments related to the environment.

Its most recent electoral platform promised to make Montreal a leader in responsible tourism and to offer “specific support” so that festivals achieve carbon neutrality by 2025.

In addition to the contradictory image of hosting such an event in the city, many point to its heavy carbon footprint.

However, the organization of the Grand Prix in Canada refused to disclose to the Tree trunk how much its emissions amounted.

For its part, its international equivalent is estimated at 256,551 tons of CO2 the results of the 2018 season on all circuits, i.e. the consumption of 53,000 cars in a year. This figure does not include visitor travel.

Race preparations, like here on Monday at the Gilles-Villeneuve circuit in Montreal, have a high environmental cost.

Well aware of its footprint, F1 has adopted a “zero emissions” plan by 2030, which relies heavily on offsetting carbon emissions.

Only that “the idea that we can continue to pollute under the pretext that there will be compensation and the planting of trees is a great deception”, criticizes Patrick Bonin, of Greenpeace Canada, who sees in it an excuse to buy the “right” continue to pollute.

Given this record, many support the definitive abolition of the Montreal Grand Prix, even if the agreement with the City will not expire until 2031.

“This type of event no longer fits. In the current situation, not a drop of oil should be wasted, ”Bonin believes.

“There are a lot of other countries that dream of hosting a Grand Prix,” recalls the sports commentator.

However, conservationists believe time is ticking on the auto racing cult as we know it.

“I hope someday we will watch it as we now watch a circus with tigers or elephants. A bit like an aberration of the past “, comments Émile Boisseau-Bouvier, analyst at Équiterre.

Most of F1’s emissions come not from the fuel burned during the competition, but from the transport of race cars and from the organization’s staff.

Public funds, but at what cost?

The time has come to link public funding of major events like the Grand Prix to minimal environmental obligations, believes one Quebec organization. 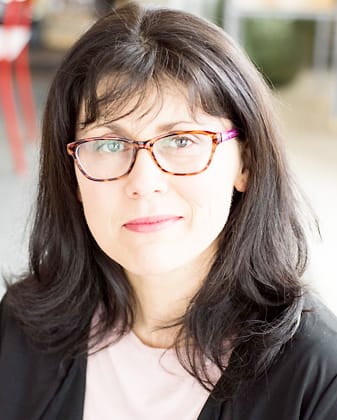 “It would become a way to protect funders’ reputations so that it is not tarnished by an organization’s bad practices,” said Caroline Voyer, general manager of the Quebec Council of eco-responsable events.

He believes those conditions should apply to the Canadian Grand Prix, which is subsidized to the tune of $ 18.7 million annually, despite a heavily criticized carbon footprint.

“Since they have a bad press, it would be even more important for them to show their credentials,” he continues.

“At the moment we are seeing some efforts, but Formula 1 is far, far behind. If it doesn’t comply, governments will no longer want to be associated with this event, ”predicts Blaise Rémillard, head of transportation and urban planning at the Montreal Regional Environment Council.

The “cross-compliance” that the Council suggests requiring can take various forms.

These include implementing alternatives to solo driving, having vegetarian options on the menu, and banning printed promotional materials or plastic water bottles on the site.

The newspaper tried to find out – unsuccessfully – whether grants from various levels of government for the Grand Prix were accompanied by environmental obligations.

Canada Economic Development would not confirm if this were the case for confidentiality reasons.

The provincial tourism ministry simply replied that it was working with the Grand Prix so that it “would take into account the various issues it faces”.

As for the city of Montreal, it did not answer our questions on this subject.

All too timid attempts

The attempts of Formula 1 to make its image greener are numerous, but they do not convince environmentalists of the seriousness of its approach to being less polluting. “Yes, there are efforts, but is it important? Finally, the Grand Prix helps to trivialize the impact of solo car use, “says Patrick Bonin of Greenpeace Canada. Likewise, here is an overview of the actions proposed by F1 and the reservations expressed by various environmental organizations.

BIOFUELS DO NOT SOLVE EVERYTHING

The international Formula 1 organization is betting heavily on the development and use of biofuels in its plan to achieve carbon neutrality by 2030.

However, “when F1 talks about sustainable fuels, its credibility goes up in smoke,” sighs Patrick Bonin of Greenpeace Canada.

“The improvement of biofuels goes against the whole electrification strategy. It’s a call to keep gasoline-powered cars alive because gasoline is improved in this and that way, ”adds Blaise Rémillard, of the Montreal Regional Council for the Environment.

And, in any case, the fuel burned during the circuit’s car races represents less than 1% of total emissions, it points out.

In the latest edition, according to the website of the Grand Prix du Canada, the equivalent of 12,793 meals, or 3838 kg of food, were donated to the Tablée des chefs to avoid waste.

“This is what surprised me the most when I read their actions,” admits Caroline Voyer, executive director of the Quebec Council for Eco-responsible Events.

First, it misunderstands how such a large amount of food could have been ordered.

“When you give back to an organization, that’s very good, but the best waste is what doesn’t exist,” she often reminds her customers.

MONOPOLY OF A GREEN SPACE

The Gilles-Villeneuve circuit is located in the enchanting and natural setting of the Île Notre-Dame, a beneficial aspect for the “well-being of the fans”, according to the Grand Prix.

The location also fits in every way the F1 plan to achieve carbon neutrality, which wants the racing circuits to be close to nature.

However, the Montrealers are deprived of access to this large park for weeks as a direct result of the event being held.

“This means that we are using one of the jewels of the metropolis, one of the most interesting public spaces we have, to promote gasoline cars,” disapproves Blaise Rémillard, of the Montreal Regional Environment Council.

“We would never do that with Mount Royal,” adds Patrick Bonin of Greenpeace Canada. “Once again, the car invades nature. ”

The Grand Prix may claim it wants to reduce the ecological footprint of its spectators, but environmentalists are still trying to figure out how.

“We say we encourage fans to travel responsibly, but as far as I know, we’re still trying to attract visitors from all over the world …” notes Caroline Voyer, of the Quebec Council for Eco-responsible Events.

Canada Economic Development estimates that 117,000 spectators attended the latest races that took place on the Gilles-Villeneuve circuit in 2019, including 52% of tourists from outside Quebec and 32% of foreign tourists.

“It is the movements of the public that we have to face, this is the number one problem! exclaims m.myself See.

Bertrand Godin, a racing driver and sports commentator, however, brings a downside to this observation.

“The ecological footprint of transport can be applied to any event, even the Tour de France. ”

IMPROVEMENTS ON THE WASTE SIDE

Waste management at the Grand Prix has changed a lot in recent years.

Meals are now served in recyclable containers and tickets are electronic only; a brigade of 120 patrols the Île Notre-Dame over the weekend to make sure the garbage goes to the right place.

“From a waste and recycling perspective, they appear to have made significant efforts,” admits Émile Boisseau-Bouvier, Équiterre’s climate policy analyst.