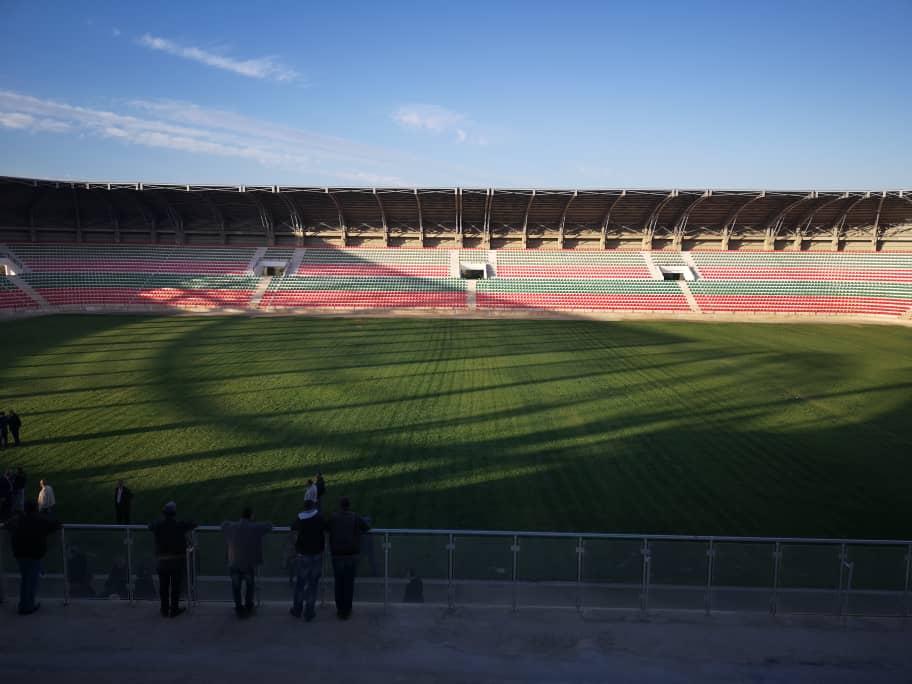 Among the many beautiful things that Algerians have discovered during the Mediterranean Games which are held in Oran from 25 June, the magnificent Sig stadium which hosts the events of the football tournament.

A real gem. With a capacity of 20,000 seats, its tiers are completely covered. Many doubtless wonder how a small town can benefit from a large sports hall while large cities with continental-sized clubs do not have one.

Sig is an agricultural commune in the Mascara wilaya, about 400 kilometers west of Algiers, 43 kilometers east of Oran.

The region of 70,000 inhabitants gave its name to the famous variety of table olives, “la sigoise”, which made it famous and prosperous. With over 5,000 hectares of olive groves, 200 olive canneries and a very active industrial area, it is the richest municipality in the Mascara wilaya.

Like all cities in Algeria, Sig vibrates for football. His best-known club is Hilal de Sig, which however has never gone higher than the second division.

Why then equip it with one of the most beautiful stadiums in Algeria? The answer is simple: As beautiful and impressive as it is, the Sig Stadium, compared to other sports facilities delivered or under construction across the country, costs next to nothing.

According to the Mascara Youth and Sports Directorate, cited in March 2021 by the official APS agency, the infrastructure with its outbuildings, including a replica training pitch, cost 1.7 billion in all. dinars, or the equivalent of 12 million euros.

20,000 fully covered seats, two high-quality natural grass pitches, parking lots and all the services that make a stadium modern, all for such a modest sum that you think you are dreaming. And that’s not all.

All the works, including the laying of the lawn, were carried out by Algerian companies, without any delay. The project was started in 2014 and delivered on schedule.

To get an idea of ​​the prowess, the Tizi-Ouzou stadium, which opened 15 years ago, has already swallowed 30 or 40 times more money than Sig’s and is still in the state of construction that probably won’t be delivered before again for long.

Upon completion, the 50,000-seat stadium will cost around 400 million euros, according to various estimates, most of which was transferred abroad because the works were carried out by consortia, Algerian-Spanish, then Algerian-Turkish.

The same can be said of the other two stadiums under construction in Baraki and Douéra (Algiers). The one in Oran, built in anticipation of the JM and equipped with 40,000 seats, cost about 220 million euros.

The Sig stadium was also made for the current Mediterranean Games and if it has been approved by the International Games Committee, it means that it meets international standards, therefore suitable for hosting African Cup matches or any other international competition.

So why spend hundreds of millions of dollars to have infrastructure that meets international standards when the country can afford it at a lower cost?

The Sig stage is irrefutable proof of this. With the amount spent on the Tizi-Ouzou stadium alone, Algeria was able to equip almost all of its wilayas with beautiful stadiums like that of Mr.

Huge and unnecessary expenses due to several factors: lack of project control, excessive billing and a certain taste for gigantism.

Algeria, and any other country of its size, needs a single, high-capacity stadium for the opening or closing ceremonies of major competitions and major finals.

For the rest, medium capacity boxes are also trendy among some big European clubs, as they are easier to fill and maintain, and therefore more profitable.

Aren’t the crowded grandstands of the Sig stadium among the most beautiful images we have seen so far in these JM d’Oran 2022?