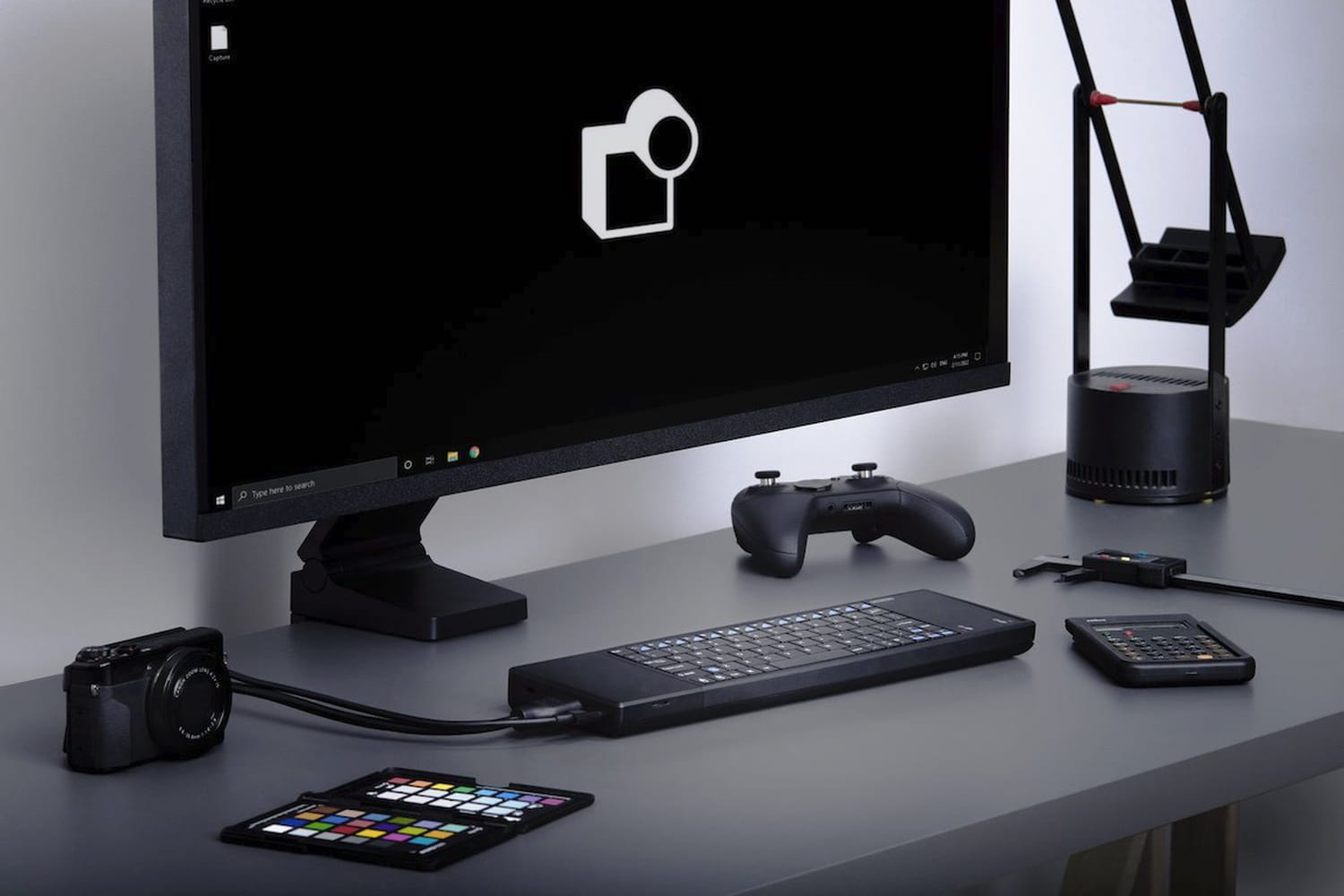 The British start-up Pentaform launches the AbacusBasic, a simple but complete Windows PC, housed in a miniature keyboard, sufficient for everyday use and sold at a very low price. An old and smart, updated concept.

With its AbacusBasic, the young London-based company Pentaform is relaunching the concept of computers in the keyboard. An old and intelligent concept, which will remind the over twenty-year-olds – indeed the over forties or even fifties … – the legendary Atari ST, Amstrad CPC, Commodore 64 and other Amigas that delighted fans of “microcomputing” in the 80s, during the era pioneering. The principle is simple: it consists in bringing together all the components of a “normal” computer, ie a motherboard with processor, memory, storage, interfaces, etc. – in a compact box by integrating the keyboard. The equivalent of a laptop without a screen, in a way. This compact and practical format – just connect a screen and a mouse to the computer keyboard – had disappeared in favor of towers, “pizza box” type cases and, above all, laptops, only to reappear a bit like the Raspberry Pi, with the Pi 400 model.

For AbacusBasic, Pentaform took over part of the Raspberry Pi 400 recipe, as everything fits into the equivalent of a traditional keyboard. However, the AbacusBasic differs significantly from its British cousin. First of all, on the outside, in addition to its black suit, more sober and discreet than the white-raspberry Raspberry Pi 400, the AbacusBasic has two blocks on the sides, in the keyboard extension: the one on the right is quite simply a large touchpad that allows to do without the mouse, while the one on the left – detachable – contains the motherboard with all its components as well as the interface sockets, acting as a central unit. An intelligent solution that gives a real originality to the whole without sacrificing compactness. Then, and above all, because AbacusBasic works under Windows, like a classic PC, the Raspberry Pi 400 being designed for Raspberry Pi OS, a tailor-made Linux.

AbacusBasic: a miniature PC for Windows

Indeed, the Raspberry computer keyboard, which is built around the famous Raspberry mini computer – in credit card format – uses an ARM architecture processor while the AbacusBasic is based on an x86 platform with an Intel chip, which allows it to run Windows 7, Windows 10 and even Windows 11. Be warned though: this is not a gamer computer! The AbacusBasic, designed for basic uses, as the name suggests, is satisfied with a low-power “engine”, namely an Intel Atom x5-Z8350 processor – four cores all the same – clocked at 1.44 GHz – 1, 84 GHz in Turbo mode – associated with an Intel Gen8 HD Graphics graphics circuit and accompanied by 2, 4 or 8 GB of RAM in DDR3 and 16 to 128 GB eMMC flash memory storage, expandable via microSD (up to 512 GB ). It is therefore clearly not a racing beast cut out for audio-video creation and processing, but, more modestly, a computer intended for office automation, web browsing and multimedia content playback.

Of course, the AbacusBasic has several interfaces for communicating with the outside world. There are therefore two video outputs, one VGA and one HMDI – compatible with 4K at 30 frames per second – for connection to a computer or TV screen, a mini-jack socket for stereo audio input-output – with 24-bit – 96 kHz converters all the same -, a Gigabit Ethernet port for a wired network, two USB 2.0 ports, a USB 3.0 port and even a USB-C port, to which wireless connection modules are added, in Wi-Fi 5 (802.11 ac) and Bluetooth 4.2. Nothing extraordinary, then, but more than enough for classic home use. Especially since AbacusBasic is very easy to transport.

AbacusBasic: a minimalist computer for 140 euros

Furthermore, and Penform insists a lot on this point, the AbacusBasic has been designed in an eco-responsible spirit. Its case is entirely made of recycled and recyclable plastic and, above all, thanks to the use of low-consumption components, it consumes very little energy: according to the manufacturer, its average annual consumption of electricity is about 30 kWh – without taking the screen into account, of course … – the equivalent of a simple light bulb. A detail not to be overlooked at a time when energy problems are increasingly worrying in the world.

Last advantage of the AbacusBasic, its price: only 120 pounds, or about 140 euros at the current price. Not bad for a computer of course, modest, but complete. Especially since Pentaform promises a 20% reduction for new buyers. A very low price that reflects the approach of Pentaform, the British start-up that wants to reduce the digital divide in the world, by developing simple products accessible to all. It is difficult to predict the future of this original computer, but we can only welcome the approach. For the moment, the AbacusBasic, which should be available from the end of June 2022, is on sale only on the Pentaform website, and only in QWERTY.