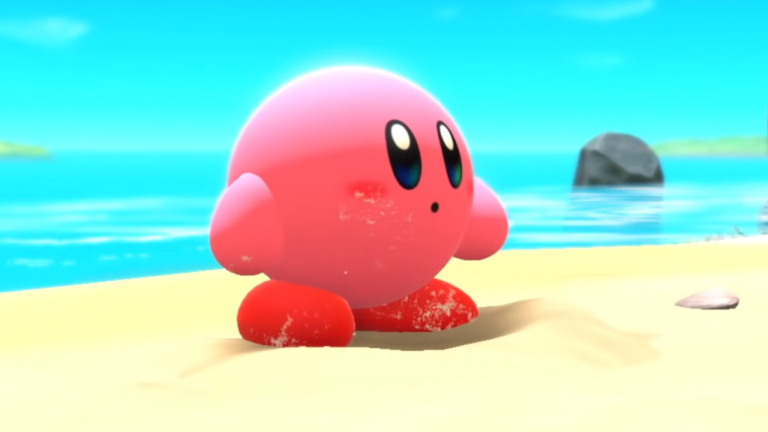 Yes, summer has arrived! If the time is obviously favorable to go on vacation, play video games now or never. Today we are going to look at the best titles to do on the Nintendo Switch. And between exploration, platforming, sports, there is always something to do on the console of the Japanese manufacturer. Do you need inspiration? Follow the leader!

If you missed an episode, know that Pokémon took a serious leap forward earlier this year, with Legends Arceus. It’s the first time that the series offers a truly open world, where famous pocket creatures roam free. The system for catching them has also been completely changed with the possibility of launching a PokéBall in real time without suffering a crash. In short, a small revolution for the license, which will be largely inspired by the next Pokémon Scarlet / Purple. Legends Arceus is therefore an episode that every good fan must do, especially since it has many qualities. It’s exhilarating to catch pocket monsters this way, especially in a storyline that evokes the beginning of their relationship with humans. There are also amazing boss action scenes. To do.

Kirby and the Forgotten World

We continue in an equally colorful world with Kirby, the famous pink ball. The forgotten world marks the first character’s entry into the 3D era with levels open on Switch. A change that does not happen alone. As Kirby spends peaceful days on planet Pop, a strange black hole sucks him into the forgotten world. Of course, a villain comes along and captures all the cute Waddle-Dee. The chubby hero will therefore have only one goal, to find them all. To do this he can count on the help of his friend Elfilin and on a new power: the “Transmorphism”. Basically, Kirby can now transform into everyday objects (car, ladder, traffic cone) to trigger new moves and research levels. Not to mention his precious ability: sucking in enemies and throwing fire / ice.

Let’s now open a page dedicated to sports to talk about Mario Strikers Battle League Football, the Nintendo-style soccer game that has just arrived on Switch. If you don’t know the formula, take everything you know about the original discipline, keep the goals and both teams and throw the rest away! The rule is that there is no rule at all. You can send the enemy into the background, face him from behind, send the legendary Nintendo items to clear the way. The goal: to score more points than the opponent, no matter how. Of course, special strikes are scheduled for more show. But Battle League also takes sides amazing depth of play and very engaging. “Easy to learn but difficult to master as they say”. A very good surprise!

We continue to sweat with Nintendo Switch Sports, the successor of the famous Wii Sports, offered at the time with the home machine of the Japanese company. In the program, for this season, disciplines already seen in the past: chambara (fight with the wooden sword), bowling, tennis. But also some news: football, badminton, volleyball. From autumn, there is also golf that will be part of it. Generally, motion-gaming is really successful despite some flaws on the football side (too useless to chase the ball). Even the legibility of the action becomes – and logically – too complicated for three players, a number that can go up to four. Apart from that, fun is guaranteed, especially with the family. Like Wii Sports, this Nintendo Switch episode easily brings everyone together and agrees. To sport!

Let’s continue with a discipline that could very well be a sport: take down bad guys in turtle suits! Yes, we are referring to Ninja Turtles Shredder Revenge, a new game by Frenchman Dotemu (Streets of Rage 4). A new time, the studio hits hard with a great beat’em up. On the sidelines of an impeccable artistic direction, it is the gameplay to prevail. Of course, here we find our four favorite turtles: Donatello, Leonardo, Michelangelo and Raphael. But it is also possible to play Splinter, April and Casey Jones. Happy companions also fall into three categories: Range, Speed, and Power, to be chosen based on the situation. But aside from these different “classes”, shots in general work wonders, with “an incredible punch”. There is enough to do combos but also aerial sequences. But much more!

We conclude with a last game that smells of colors and parties, OlliOlli World. If you don’t know the license, it is a very fast skate game in horizontal scrolling. The goal: to chain short levels, to be successful in the challenges and of course to make completely delusional figures. At this point, it’s pretty much a platform game on a skateboard. World also brings many innovations compared to the other OlliOlli. Beyond a colorful world that is truly more immersive than ever before, you can now choose back roads and fly off the jumps to roll over to the other side. Also, a new “Void Riders” DLC has just arrived that brings even tastier little details. The icing on the cake: hundreds of items to customize your character. In short, it is very complete and we loved it!