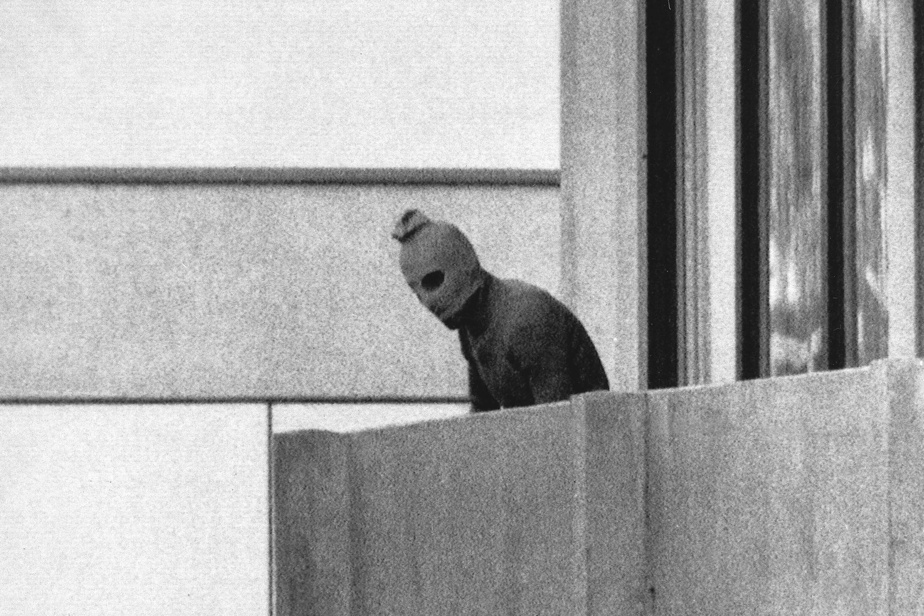 (Paris) September 5, 1972, Munich. A Palestinian commando enters the Olympic village: it is the beginning of a hostage taking that will make 11 victims among Israeli sportsmen, and of which the AFP will announce the fatal outcome to the world.

This Tuesday is 11 a.m.And day of the Olympic Games in Munich, these “Games of Joy”, if we are to believe their motto, should make us forget those organized in Berlin in 1936, under the Nazi regime.

At dawn, eight men dressed in tracksuits and sports bags climbed over the fence around the Olympic Village and headed to 31 Connolly Street, where the Israeli delegation resided. Those who meet them take them for athletes returning from a nocturnal “trip” to the city.

Masked with black scarves and weapons in hand, the men broke into the homes of Israelis. Coach Moshe Weinberg and weightlifter Yossef Romano are killed in the attack. Some manage to escape but nine athletes are held in place, their hands tied behind their backs.

Two nearby housekeepers sound the alarm after hearing gunshots.

“It was between 4 and 5 in the morning. […]. When I opened the door, I saw in the stairwell a man in civilian clothes wearing a cap and brandishing a submachine gun, ”a first witness told AFP, who lives in the same building as the Israelis.

“Shortly after 7:00 GMT (8:00 local time), nearly 3,000 police officers were stationed in and around the Olympic Village. The snipers have arrived and are surrounding the building, “wrote the AFP reporters.

In the morning the operation is claimed by the Palestinian organization “Black September”, which has already carried out several spectacular actions. The commando is demanding the release of over 200 prisoners held in Israel, which Golda Meir’s government refuses, otherwise it executes its hostages.

This ultimatum was postponed several times throughout the day, during negotiations between the West German authorities and the fedayeen.

During this time, a crowd of several thousand people gathered around the Olympic Village.

The events have been taking place regularly since the beginning of the morning and it is only at 3:50 pm local time that the organizers announce the suspension of the Olympic Games, until the end of a ceremony of homage to the two victims of the attack scheduled for the next morning.

Shooting at the airport

Shortly after 10pm, the fedayeen and their nine hostages were transported by bus in two helicopters, which took off for the military airport of Fürstenfeldbruck near Munich. German officials boarded a third helicopter.

The negotiators have in fact convinced the hostage-takers to join this place, leaving for Cairo aboard a plane made available to them. In fact, a police intervention is planned at the airport, where five snipers are positioned, to neutralize the commandos and free the hostages.

The firefight explodes rapidly. The firefights continue, a fedayn throws a grenade at a helicopter that explodes and catches fire.

Around midnight, federal government spokesman Conrad Ahlers said “the recovery operation was successful.” According to the police, “all hostages are safe and sound”.

However, reporters on the spot can see at the same time that “the battle is raging”. “From time to time we hear bursts of machine guns, even isolated shots, probably those of snipers,” writes AFP.

While the police announced a press conference in Munich, one of the AFP journalists present at the airport, Charles Biétry, suspecting a diversion, decided to stay on site with two colleagues from the French written press.

He sees going out at night “a man in a suit and tie, his face ravaged by tears”, he would later say. “Everything is missing, all the hostages are dead,” said this man, Munich Mayor Georg Kronawitter, in German.

Charles Biétry finds a couple who drives him to a phone booth where he can call the agency. “The most terrible thing was hearing on the radio the songs of joy that came from Israel”, where the hostages were believed to have been saved.

At 2:16 local time, AFP announces to its customers around the world that “all hostages have been killed”. German authorities won’t confirm this scoop until 56 minutes later.

Eleven Israelis then died, the nine hostages as well as the two squad members killed at the start of the attack. Victim of the shooting was also a policeman from West Germany. Five members of the commando were killed, the other three arrested.

While the controversy over the fiasco of the police operation rages, the International Olympic Committee (IOC) announces on the morning of September 6 that “the Games continue”.

“We cannot allow a handful of terrorists to destroy this core of international collaboration and goodwill that is the Olympic Games,” said its president, Avery Brundage.