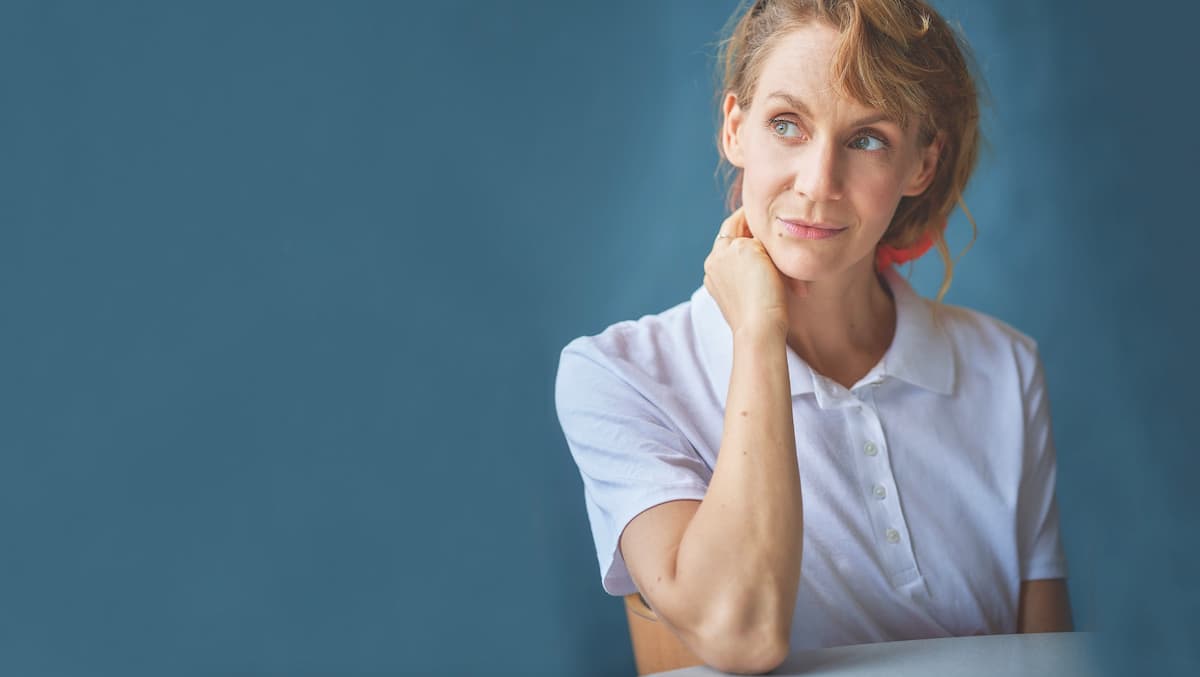 
Having a child made me initiate certain processes that I had always aimed at, such as letting go and the ability to say no. This is something that has always been a big deal to me and a great internal debate.

• Read also: 18 Quebec stars on the red carpet of the Lines of flight premiere

1- AS A CHILD I DREAMED OF THE OLYMPICS

I did a lot of artistic gymnastics when I was younger and I dreamed of being able to participate in the Olympics one day. I must certainly have been influenced by the success of Nadia Comaneci. I don’t know why I wanted to do this sport, because I started very young, but I really enjoyed being alone with myself. I really like team sports, but in artistic gymnastics I told myself that if I made the necessary effort, I would see the results directly. I couldn’t disappoint anyone, so I was in constant competition with myself and had a lot of fun. She taught me a lot about rigor and perseverance. Furthermore, the image we have of less intransigent gymnastics coaches is still true. You fall, but you get up and try again until you get there.

2- I MADE THE CHEESE FOR A DAY

I started as a babysitter at the age of 13, but it didn’t last long. I didn’t have so much fun doing it; being responsible for other people’s children stresses me out. The restaurant, on the other hand, is an environment that has always interested me. Around the age of 14, I worked at L’échoppe des fromages in Saint-Lambert. I wanted to do table service, but as I wasn’t 18, it wasn’t possible. So they put me at the cheese counter, but it didn’t really work. Not only did I not eat it, but I didn’t care. I was giving bad advice. I was not a good cheesemaker and I think I only worked there 24 hours, no more! Later I was a cashier in a grocery store and, at the age of 17, I found a job as a hostess in a restaurant. Then I worked a lot in catering, for me it was like a game. I was good and efficient.

3- I HAD A STUDENT ADOLESCENCE

As a teenager, I didn’t have much interest in boys, except for one. All my love has been dedicated to Leonardo DiCaprio since the movie came out titanic, and no guy would be able to get that out of my head. But above all I was a very studious girl. I loved going to school, unlike many people. The rigor of gymnastics has certainly forged this character. I really enjoyed getting good grades in school. I was really tripping up doing my exams, I was kind of like Hermione Granger. I was very focused on studies, before there was a complete turnaround in CEGEP.

4- MATERNITY ALLOWED ME TO SAY NO

Having a child made me initiate certain processes that I had always aimed at, such as letting go and the ability to say no. This is something that has always been a big deal to me and a great internal debate. I have often said yes to please, to help, to be of service … I have often been too kind. With a baby the priorities change completely, and it had already started a little while during pregnancy. Finally, there is really nothing more important in my life than my son. It’s a bit cliché, but it’s reality. It is difficult for a woman, because there is still a desire to be something other than a mother. But I made the choice of motherhood without compromise and I want to do everything to take this opportunity to become a better person. It did me a lot of good, like putting relationships that weren’t entirely healthy into perspective or showing me projects that weren’t completely right for me. She taught me to say no.

5- MICKAËL WAS THE FIRST FRIEND

Well, I always thought it was really cool, but we were friends for a long time before we went out together. This friendly relationship, before the romantic relationship, allowed us to get to know each other perfectly and to see that, in the end, we are very similar. It was important for me to have a child with someone who, first of all, wanted it, and that was the case. She tried it a lot. And I see in his relationship with children, and with people in general, that he is truly a loving and generous person. I’ve always told myself that no matter what happens in my life or what happens in our relationship, he will always be an amazing father.

6- OGUNQUIT FOR ME IS SYNONYMOUS WITH FAMILY

When I was young, we went to Ogunquit once or twice a year as a family, often with families of friends. We have rented gang cabins, and they are really good memories. It was with couples of friends of my parents who also had children. We all grew up at the same time. We continue to have relationships with some, and then there are people, like Bernard Fortin’s family, who are very close. I regularly see Virginie and her sister, Carole. I also dream of taking my son to Ogunquit with my family. We had been together with Mickaël for two years and we went on vacation with my father and his girlfriend. He was able to experience some of these memories and I think he was seduced by the charm of this region.

7- I BELIEVE IN DESTINY

I don’t think our whole life is designed in advance and we have no choice to make. I believe that the human soul and consciousness are made to make choices, but I still believe that there is a backbone of our life already programmed. I have often thought of destiny as a leaf on a tree, with a central vein and many possible options that branch off from there. I have the impression that there are many options already mapped out for us from inheritance, family histories and we need to work on that. There is as much concrete as it is intangible in all of this. Since I was born female, white, in North America, there are roads open to me, but not open to anyone else. Then there are energies that evolve us in one way or another.

Read all the news about your favorite stars in the latest issue of the magazine 7 days currently on newsstands, or online at jemagazine.ca