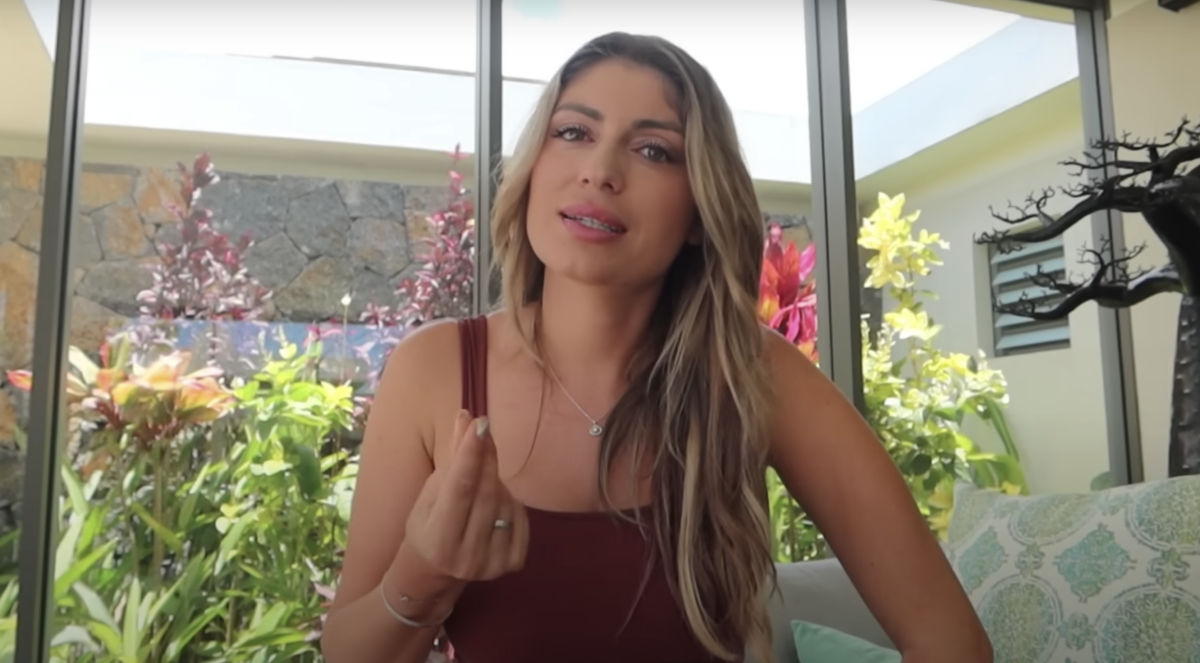 It is a strong and particularly important testimony that Elsa Dasc has delivered on her Youtube channel. The influencer, who revealed herself in the reality world a few years ago, posted a video in which she tells her “story of her, the one that goes wrong”, through her fight against infertility. And this, without taboos or filters.

“I struggled privately for a year and a half with fertility. Having a child for me will never be easy” wrote Elsa Dasc in August 2022 on Instagram, in the caption of a photo of her, lying on a bed. ‘Hospital. At 27, the young woman who has made a name for herself on the show “Les princes de l’amour” has chosen to break the taboos that still surround the subject of infertility, especially in the world of influencers where she appears that way. great value. However, as the young woman recalls, she “affects 1 in 10 women” in France. In 2021, a study by the National Institute for Demographic Studies (INED) and Inserm estimated the number of women treated for infertility each year at 150,000. This is also why Elsa Dasc has chosen to talk about it.

“I screamed in pain, I was leaving”

Like many other women, Elsa Dasc, since she married a certain Arthur, has to deal with the tireless question: “When will the baby be born?”. As soon as you get married or in a relationship, the baby box seems inevitable. And if this question is so problematic, it’s because it’s not only intrusive, but it doesn’t take into account the health variable, and all the problems a woman can encounter when she wants to become a mother. Like infertility. “As you know, I struggle to get pregnant” explains Elsa Dasc in a video posted on her Youtube channel. In April 2022, the young woman, who lives in Mauritius, learns that she is suffering from tubal inflammation. “The doctor says, ‘We’ll tie your tubes and do IVF.’ Basically, I’ll be pregnant next month,” she explains. Cautious, Elsa and her husband nevertheless decide to seek a second medical opinion, this time in France. And the tone is not at all the same, given that the doctor believes that the influencer is far too young and in good health to remove her tubes. She offers him to unblock them during an operation – laparoscopic hysteroscopy.

When she wakes up after a 4-hour operation, Elsa discovers she has superficial endometriosis that has been removed. It’s her shock again: “I always told myself that I didn’t suffer from it. Because I know what a woman with endometriosis can feel, that the symptoms are very strong. And I, I was asymptomatic”. She now she needs to rest. The influencer resists and does not feel any pain… until the evening: “Here, I was very, very ill. The night passed and the next day I think the anesthesia of the operation has been absorbed. The Super Warrior side that I had faded. I feel a pain in my stomach, I see bruises. It’s normal. But the pain was still very very strong, I don’t want it on anyone.

Video. Endometriosis: an unknown disease that affects 10% of women

It was the beginning of hell for Elsa Dasc who, convalescing at home in France, began to feel increasingly weak: “I could no longer get up, move left or right. eat. I asked Arthur (her husband, ed ) to go buy me some diapers.” On the next night, the pain intensifies, Elsa “screams in pain”, and that’s not the end of her troubles: “I was losing consciousness from the pain. I was losing control of my body, and get out of here.”

A second operation and physical sequelae

Taken from the emergency room to the hospital, Elsa Dasc is immediately aware of the diagnosis: she suffers from internal bleeding, a “loss of hemoglobin, anemia” she adds on Instagram: “Despite the success of the operation, the next day my body has no support , zero risk doesn’t exist.” On Youtube, the influencer details how a blood vessel actually burst during his operation, letting the blood spread throughout his body, around the vital organs. The situation is alarming and the young woman panics: “Will I make it?! I’ve seen the stress all around me.”

Fortunately, the very worried medical staff immediately took matters into their own hands, and Elsa was able to be operated on again to stop the internal bleeding. But if she has chosen to talk about it, it is also to raise public awareness of her. Because, as her story demonstrates, sometimes a battle with infertility isn’t just about IVF or doctor appointments here and there. There are also bodily traumas, still too often overlooked, under the pretext that they are caused by the desire to have a baby. One can desire it badly and yet suffer equally badly from it.

On Youtube, Elsa Dasc thus returned to the traces left by her two surgeries, in particular on some surprising symptoms: «I have large bruises all over my body, but my vagina has also quadrupled in volume. Yes Yes Yes. in a purple, blue color. Like a big hematoma. It’s very bad to see “she confides without taboos, before relativizing:” When you have health problems, you don’t give a damn. walk away, at that point I wasn’t ashamed of my body at all.” The influencer also documented her story with photos taken in her hospital room, with the “pee bag” and blood bags connected to her arm. To show reality.

Today Elsa Dasc hopes that her fallopian tubes “are well unblocked, so that they can be closed again”, and continues, with her husband, to try to have a baby “the natural method”.

>> Elsa Dasc: her heartwarming secrets about her difficulties as a mother

>> These stars who had trouble becoming a mother

>> Endometriosis, the disease of silence