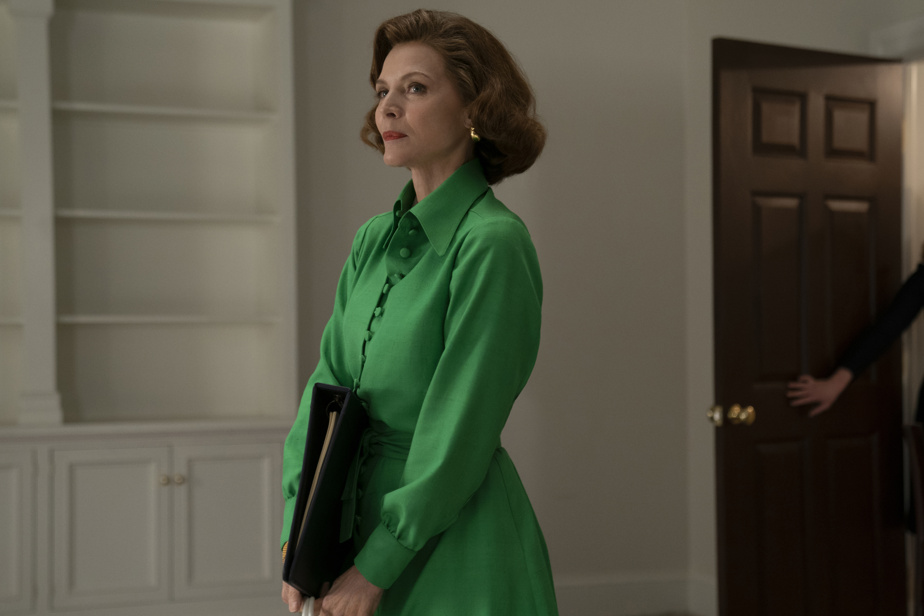 The First Lady, a series featured on Crave, immerses us in the lives of three American first ladies, Eleanor Roosevelt, Betty Ford and Michelle Obama. Three different eras, three women who lived in the White House and who each marked history in her own way. The First Ladyit is also the pleasure of meeting three very talented actresses, namely Gillian Anderson, Michelle Pfeiffer and Viola Davis.

The White House in a different way

This is director Susanne Bier (The ruin, The night manager) who signs the 10 episodes of the series that alternates archival documents e flashback where we find these women in their youth and, finally, in their first lady life. Let’s find out how influential, feminist and progressive they have been. From the beginning of the series, we have the feeling of being privileged witnesses of their life and this is what fascinates us until the end.

“You enter the White House through another door. It is all that cannot be seen and that is behind what is staged and it is fascinating, ”says Martine Delvaux, writer and professor in the department of literary studies at UQAM. She points out that she learned a lot from watching the series.

The influence of the first ladies

We see that Eleanor Roosevelt (Gillian Anderson) was a great pioneer, an activist who would influence her husband, Franklin Delano Roosevelt, in terms of human rights; in particular, you played a key role in drafting the Universal Declaration of Human Rights. She also holds press conferences, writes in a newspaper and writes a radio column. It was she who, during the attack on Pearl Harbor in 1941, spoke on national radio to talk to the Americans. On a more intimate level, we also remember that Eleanor Roosevelt fell in love with the journalist Lorena Hickock with whom she had an affair. “He leads this double life in the White House, which is incredibly modern,” observes Martine Delvaux.

According to Valérie Beaudoin, a research associate with the US Observatory at UQAM’s Raoul-Dandurand Chair, while the series lacks some depth, the historical background is important. The director shows the influence of these three first ladies on the politics of presidents. “They are three strong women who do not listen to the president’s advisers, because they want to bring forward important causes. Without them, American life would have been different and less progressive. They have their place in American history, because they were at the forefront and we tend to forget that, ”she says.

It was the story of Betty Ford (Michelle Pfeiffer) that fascinated her the most. She “she did a lot for equality and women’s rights in a republican administration in 1975. she spoke about abortion, but also about the importance of mammograms after having breast cancer, she had nothing hidden from her state of health of hers. She spoke openly about her about her problems with alcohol consumption and drug addiction, because she wanted true transparency in this post-Nixon era, “analyzes Valérie Beaudoin.

The past, to understand the future

The First Lady it also evokes the past of these three women, which allows us to better understand their motives. “We understand why Michelle Obama was involved in the health field. Her father was ill, did not have good insurance and suffered as a result. She was also a victim of ordinary racism throughout her life, which forged her personality, “says Valérie Beaudoin.

“Why do we become feminists? What is the role of feminism? The answer is there, in three different times, for different reasons, for world peace, for women’s rights, for helping refugees, for sexual freedom, whatever, there is always an importance in the struggle. feminist and the series shows it well. They have all been at the forefront and for that very reason, this series is a source of inspiration, “says Martine Delvaux.

Critics have been harsh on the performance of actress Viola Davis, who plays Michelle Obama. “She annoys. She has put on too much, she didn’t have to do the same to look like Michelle Obama, she is too caricatured”, emphasizes Valérie Beaudoin. The First Lady remains a series to see, because it has so many qualities.

“Susanne Bier’s aestheticism, the care of the sets and, above all, seeing that these women disturb with their modernity. Around these three first ladies there is a community, mutual aid, is a model of solidarity between women. They defy convention and reinvent the world. ”

The First Lady airs on Crave.