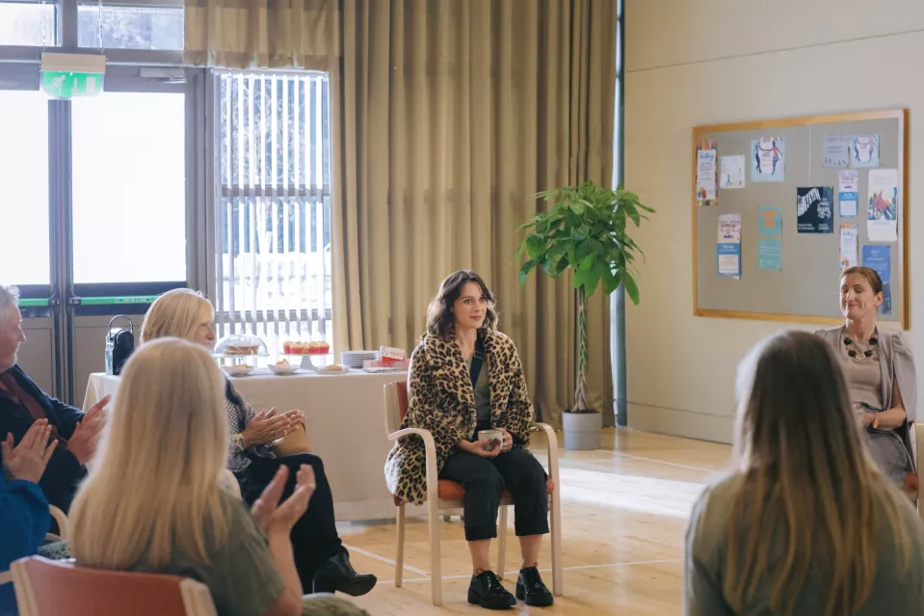 
Do you like dark humor, crazy family stories and tragicomic scenarios that make you want to laugh and cry at the same time? You will love The dryan Irish series that has been a hit across the Atlantic and can be seen here on CBC Gem.

The dryis the story of Shiv Sheridan, a penniless 30-year-old artist who has spent the last ten years celebrating in London. The Guardian gave it four stars when it was released last spring, describing it as a series that is “dark and nutritious like a pint of Guinness”.

The first of eight episodes sees Shiv arriving at his parents’ home in Dublin for his grandmother’s funeral. What they don’t know is that he intends to spend more than a few days under the family roof. Plus, it’s been nearly six months since she touched a drop of alcohol and find that her family is far from helping her stay sober …

The eldest of the Sheridan children, Shiv, is a shame in the family and she comes to mind her past escapades on every occasion. Her mother does not expect anything good from him, while she herself never misses an opportunity to pour herself a drink while she wanders around the house, idle.

His sister is a seemingly tidy lifelong doctor who still resents him for the money she lent him and was never repaid. Shiv also has a gay little brother who has a lot of sex and who is still trying to figure out what he wants to do with his life.

As for his father, he escapes the idleness of his daily life in retirement by undergoing, among others, acupuncture and reflexology treatments. And there’s also her old flame, Jack, an irresistibly charming painter who starts wandering around as soon as she learns of his return, hoping to find the Shiv of the crazy parties and who even goes so far as to tell her he was more fun when he drank.

Shiv takes us with her into the darkness of Dublin as she searches for a place to attend Alcoholics Anonymous meetings and continue her recovery program. But the atmosphere is never heavy as we often alternate comic situations and more dramatic scenes: we end up having at least tears in the eyes when we discover the drama hidden behind the cracked facade of the Sheridan family.

While the actors playing the main characters may not be familiar to us – Roisin Gallagher (as Shiv), Ciarán Hinds (his father), Pom Boyd (his mother), Siobhán Cullen (his sister) and Moe Dunford (Jack) -, there we become very fond of their sincere and moving playing which makes them faces we want to see again.

One episode at a time, the veil is lifted on their double lives, on the little betrayals and on the lies they tell each other. And in the end, it’s both of these protagonists who seem straight out of a Liane Moriarty novel and their ferocious responses that make the difference.

To date, no announcement has been made regarding a possible second season, but if the Sheridans return to the small screen, they can be sure that we will want to find them again.

The eight episodes of The dry are broadcast on CBC Gem.