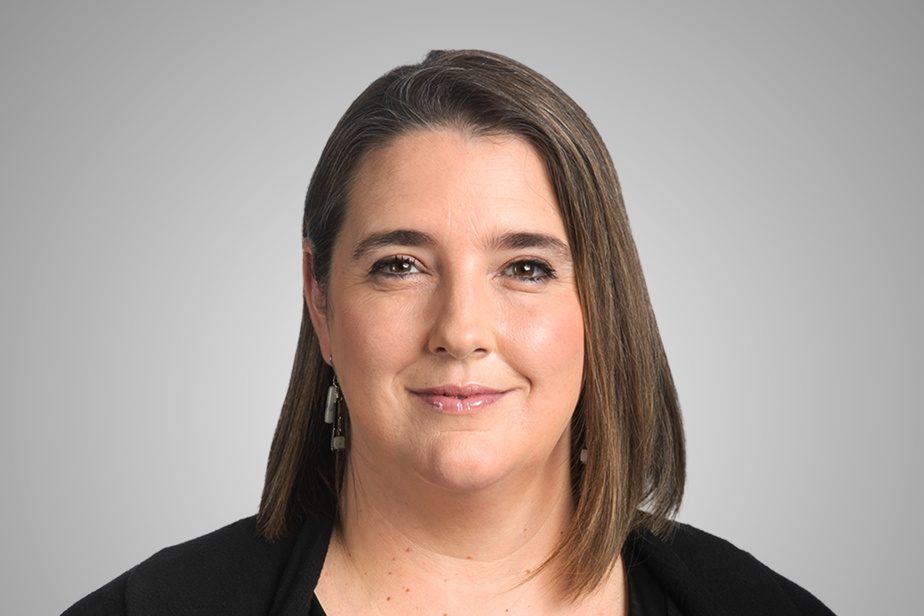 When Montreal-based documentary filmmaker Zaynê Akyol landed in northern Syria in 2019, she hoped to follow Rojda Felat, a Kurdish commander of the Syrian Democratic Forces, step-by-step. Instead, she found herself face to face with the latter’s sworn enemies, the jihadists of the Islamic State group.

“When I arrived, Rojda Felat was busy securing the border with Rojava [région autonome kurde en Syrie]. The Turkish army could attack at any moment. He told us that he couldn’t invite me and my film crew to follow him. We had to quickly turn around, ”he laughs Zaynê Akyol, sitting in a cafe in the Rosemont neighborhood.

The documentary maker then knocked on the door of four of the twenty Kurdish prisons in the region which hold thousands of fighters and followers of Daesh, the Arabic acronym for the Islamic State. After tough negotiations, to do and to do again, he had access to a hundred.

In Rojekhis film which is presented at the International Documentary Meetings in Montreal on November 20 and 22, we spend a good hour and a half face to face with a dozen men and women who have sometimes been the toy soldiers, sometimes the emirs of Daesh.

In confidence, face to face, these warriors of extremist Islam tell us about their childhood, what led them to enter the self-proclaimed caliphate and the role they played in the terrorist organization responsible for the deaths of thousands, beheadings of Westerners and acts of genocide against the Yazidi minority. “Those who have agreed to talk to us give us a window into what they think. Most have been brainwashed and want to die as martyrs. And they brag about it,” says the director today, who has already received several awards for this second feature-length documentary.

He dedicated his first, Gulistan, land of roses, to women fighters of the Kurdistan Workers’ Party (PKK), an armed group fighting the Turkish army. This album was very personal. Gulîstan was the name of the guardian of Zaynê Akyol, born in Turkey to Kurdish parents. A guard who became a fighter and died at the front. Through her film, the director wanted to understand the motivations of the woman who left everything for a cause.

In Rojek, Zaynê Akyol, with her long raven hair that she refused to cover to speak to Daesh soldiers, is light years away from her jihadist and Islamic State propagandists interlocutors, but once again her goal is to understand their motivations. “I put myself in the position of a listener and not a judge. Sometimes they told me very harsh things about what they did in the Islamic State, but I didn’t get any reaction. »

I treated them like human beings. I wasn’t trying to demonize them or manipulate the viewers’ feelings. I just wanted to understand them.

This is how a veteran can tell him his favorite Canadian Sean Desmond song (and sing it on screen) before describing his recruitment at a Turkish mosque in Germany and the arms trafficking he participated in on the Syrian-Turkish border.

Observing these portraits in relief, one cannot help but think of the concept of the banality of evil proposed by the German political scientist Hannah Arendt following the trial of Adolf Eichmann, a Nazi war criminal.

Despite the sometimes terrible confessions made to her by the jihadists, Zaynê Akyol is convinced that they should not be left to languish in Kurdish prisons and forget the key. “What they are going through, detention in these prisons without trial, is inhumane,” says the documentary maker. She believes they should be returned and judged in their home countries or an international tribunal set up for them.

To date, the Canadian government has repatriated some women and children from the Islamic State who were in Kurdish camps in northern Syria, but refuses for the moment to bring back the suspected jihadists who are detained there. “As a democracy, we don’t give them the rights we defend,” says the documentary maker.

And he believes the time has come to rid the Kurdish forces of these potentially dangerous guests who could escape at any moment. They already have a lot to do to rebuild their war-torn corner of the country.

Rojek will be presented this Sunday 20 November at 7.30 pm and this Tuesday 22 November at 8.15 pm at the Cinéma du Musée (1379A, rue Sherbrooke Ouest, Montreal) as part of the Rencontres internationales du documentaire de Montréal (RIDM ), in the presence of the director .