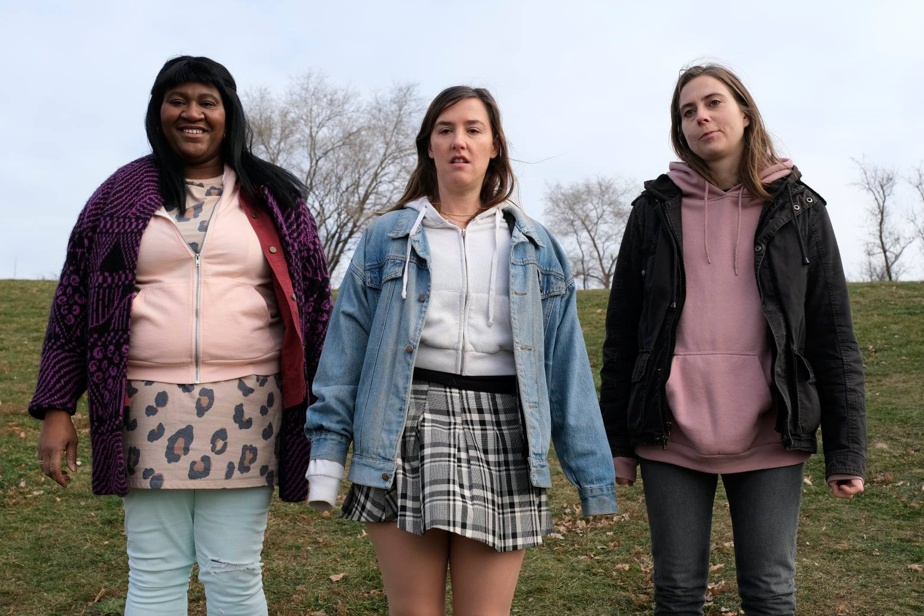 The listening platforms are filled with Quebec movies and series for you to watch. Here are some suggestions.

Can you hear me ?

The project of depicting marginalized people living in a very poor environment could have turned into a caricature. The approach full of humanity adopted by the two creators of Can you hear me ? however, it saved them from falling into the trap of miserability. Yes, the protagonists had a troubled childhood. But the strength of their friendship pulls them out, little by little, from the lacking models that they no longer want to reproduce. It is all very beautiful.

Watch on Club illico, Netflix, Tou.tv, as well as on the Télé-Québec app and website.

After a first season of chess, The blue house he really found the way to go. Its delusional sequel, currently airing on ICI Télé after being offered for the first time on ICI Tou.tv Extra in the spring of 2021, makes every episode laugh out loud. The actors obviously have something to do with this. The pleasure with which they bite every joke of the authors Ricardo Trogi and Daniel Savoie is contagious.

To see on Tou.tv and Tou.tv Extra, in the case of the first and third season.

That’s how I love you

The clever writing of François Létourneau, as capable of childish gags as finesse and sensitivity, is similar to that of the Coen brothers (Fargo, The Big Lebowski), but more fun. This brilliant author has a way of talking about love, the central theme of That’s how I love you – immersing his characters in completely absurd situations. Indeed, François Létourneau, supported by directors Jean-François Rivard and Robin Aubert, makes a television of great quality.

The perfect guide for the family

The film has some qualities that convey the message and will resonate with many viewers. They will recognize themselves, at various levels, in one or the other of the characters. And they will have various reactions: laughter, discomfort, perhaps even anger. Some will draw lessons and reflections from it. The artisans will then be able to say: mission accomplished. We must recognize the duo Morissette (screenplay) / Trogi (director) for the nobility of making films anchored to the universe of Quebec that speak to us and touch us. Films that also know the times.

Based on Philippe Brault’s magnificent soundtrack, director Ivan Grbovic draws subtlety interpretations from his quartet of actors. Of particular note are the compositions by Hélène Florent, whose essential playing harmonizes perfectly with the search for a woman unable to blossom, and by Claude Legault, in the skin of a man somewhat overwhelmed by everything that happens in his family life. And around.

With a duration of 2h 38min – 3 minutes longer than Dunes ! -, some viewers will undoubtedly find the contemplative experience a bit long, but Sébastien Pilote here proposes a work that will go down in history as the undisputed and definitive version of Louis Hémon’s novel in the cinema. This fourth version, produced by a director who carries this story in his flesh, is therefore fully justified.

Mainstream movies, costume movies, The Vinland Club it is a tribute to Quebec educators. They are also winked in the credits where, next to the name of each of the main actors, there is that of a true teacher, religious or lay, inspiring. Definitely, this film is interwoven with beautiful ideas to the end.

Watch it on Crave. Available for rental on Illico, Apple TV +, iTunes and Vimeo. On Super Screen 2 on June 24.

Céline Bonnier is dangerously close to a Gemini award thanks to her role as a combative and dysfunctional mother in the miniseries A criminal case, Crave’s new high-end investigative offering. It’s great television, punctuated with nice touches of humor. A second season has already been invented. It will not be a sequel, because the investigations end in the eighth episode, but another dormant story (a cold box) to be solved, by another team.

Watch it on Crave.

It is so good, Brain 2. It’s better than the first season, which, let’s remember, was very successful. It is a clever combination of detective thriller, psychological suspense and the so-called classic medical series. It’s spotted with David Fincher’s twisted stuff with a sprinkle of Flight over a cuckoo’s nest and several puffs of lightness, which allow the series to breathe and lower its anxiety levels.

Plan B is a brilliant, moving, sometimes very harsh production that uses a techno-futuristic device to tackle complex topics such as teenage suicide or femicide. Season 3 is not a real detective show. It is a psychological drama about a wounded woman (Anne-Élisabeth Bossé) who tries to repair others in order to repair herself.