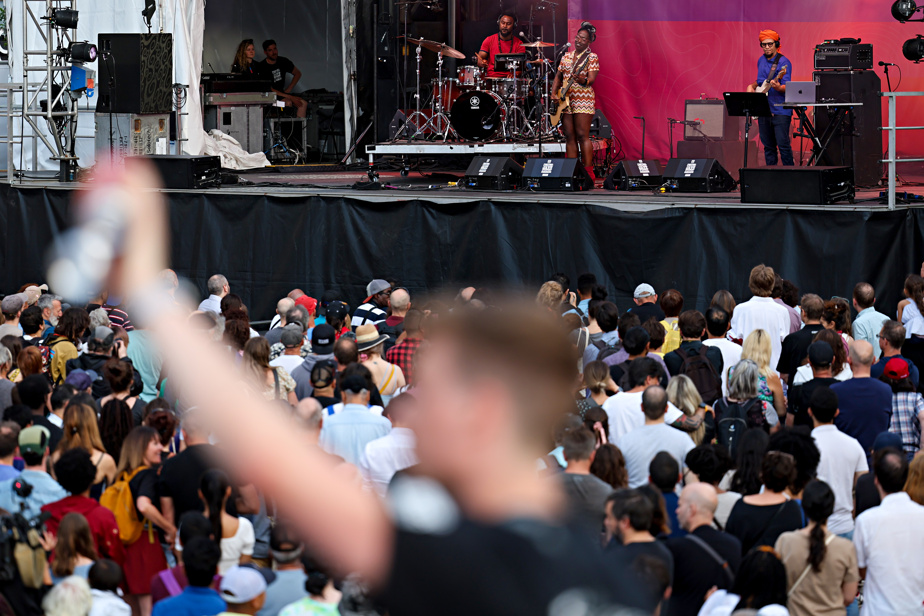 The season of major cultural events attracts not only crowds, but Internet counterfeiters as well. Latest victims: the Festival international de jazz de Montréal (FIJM) and the Festival d’été de Québec, whose programming and identity are replicated on numerous deceptive Facebook pages.

CRi, The Roots, Woodkid … Almost all the major concerts of the Montreal jazz event have been duplicated to create bogus online events. The subterfuge works: thousands of festival attendees, including fellow journalists and FIJM employees, have announced their presence or interest on these pages that have nothing to do with the official organization.

The phenomenon of fake online concerts, which flourished in the midst of the pandemic, is making a comeback. Which cause headaches for festival communication teams.

Jazz alone is the subject of more than a hundred misleading pages. Malicious internet users typically post links there leading to streaming fortune, where a credit card number may be required.

Among other examples, at least seven dubious events were created for the passage – very real – of hip-hop collective The Roots. Most use the date of July 9th at 9:30 pm, when Philadelphia headliners will take the main stage at Place des Festivals.

“We report many of these fake events and fake Facebook accounts every day, but the fake events use different names, create new pages,” explains Christine Montreuil, head of media relations at evenko, promoter of the FIJM. It’s a job to start over every day for our teams. ”

The pages harmful to the Roots concert alone aroused the interest of over 10,000 netizens; have publicly confirmed their presence or mentioned their interest. These are more than the 7,300 Facebook users who showed up on the legitimate event page created by the FIJM on the social network.

Fake accounts often use our logos, brands and other information. Beware of imitations!

Some concerts are invented from scratch. An acquaintance of the author of these lines was surprised, for example, by the presence of Jack Johnson at Jazz next Thursday. There is no need for a babysitter, as the viral event created by the “Jazz Festival” page will not take place in Montreal, but in the Plains of Abraham as part of the Festival d’été de Québec. At the time of writing these lines, however, around 4,000 people had moved the mouse cursor to “present” or “interested”.

The Facebook algorithm obliges, every interaction on a fraudulent page risks contaminating its contacts, in an exponential crescendo.

No broadcast from the FIJM

“Most of the time, fake events indicate that they are online events, evenko notes. This year, the Montreal International Jazz Festival does not broadcast live concerts. ”

This is without taking into account the activity of counterfeiters on official accounts. “Several fake webcast links circulate in the comments of our publications, the promoter deplores. These comments are generated by fake Facebook accounts. Please report and block. ”

Different dates and places, fictitious concerts, duplication of legitimate pages: in addition to the risk of bank fraud, deceptive events create confusion among festival-goers. The public should always consult the official program and, in the case of paid concerts, use the legitimate ticket offices – Ticketmaster, Place des Arts, etc. -, evenko points out.

Facebook has not responded to our inquiries at the time of writing.

What to do with counterfeiters, according to evenko