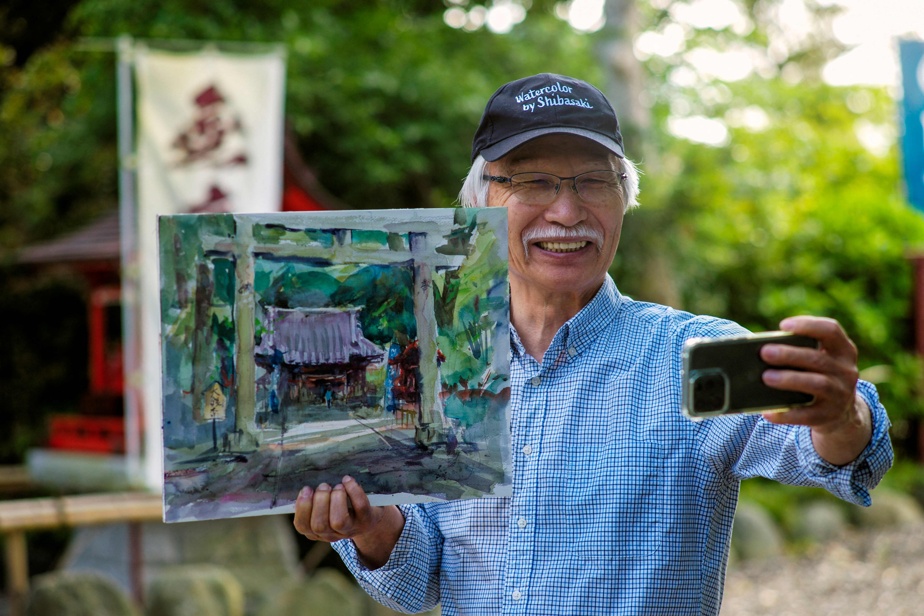 
(Isumi) Japanese Harumichi Shibasaki was nearly 70 when he started filming art tutorials for his YouTube channel, now followed worldwide by over 1.4 million lovers of his calm and warm style.

His “Watercolor by Shibasaki” channel mainly offers drawing and painting lessons, which sometimes sees his grandchildren and two cats invited into the videos.

“Hi, I’m Shibasaki. How are you all? asks the 74-year-old artist with a white mane and mustache, smiling at the camera.

Mr. Shibasaki personally shoots all of his videos from his Japanese countryside home, using a smartphone, SLR camera and lighting device.

“When I was little, we didn’t even have TV at home,” he told AFP. “I never imagined that there could be an era like this.”

For him, being so connected with people all over the world is “like a dream”.

His channel saw a surge in popularity during the COVID-19 pandemic after Shibasaki invited netizens on a video to lure with him as people were told to stay home.

The video received many comments from fans around the world saying they were “relaxed and peaceful”, or complimenting Mr. Shibasaki on his “speech so pleasant” that one can “sleep peacefully”.

Passionate about drawing since childhood, this only child of a peasant couple from Chiba, near Tokyo, left at the age of 18 to study fine arts in the capital, before taking turns teaching her.

It was at the encouragement of his son that he launched his YouTube channel where he uses his talent as a teacher, but which is also a space for exchange with his subscribers who do not hesitate to confide in the comments.

“They definitely think they can tell me anything,” says Shibasaki, who discusses his health problems in his videos.

After undergoing six heart surgeries, he says he has “a very concrete picture of death” and “really understands” people’s problems.

He himself hopes to continue painting for as long as possible, but, with age, “his eyesight drops and his hands shake,” he worries.

“I think I can draw correctly for another five years,” he says. “So if I can produce paintings that will stay with me, that’s what I want to do.”