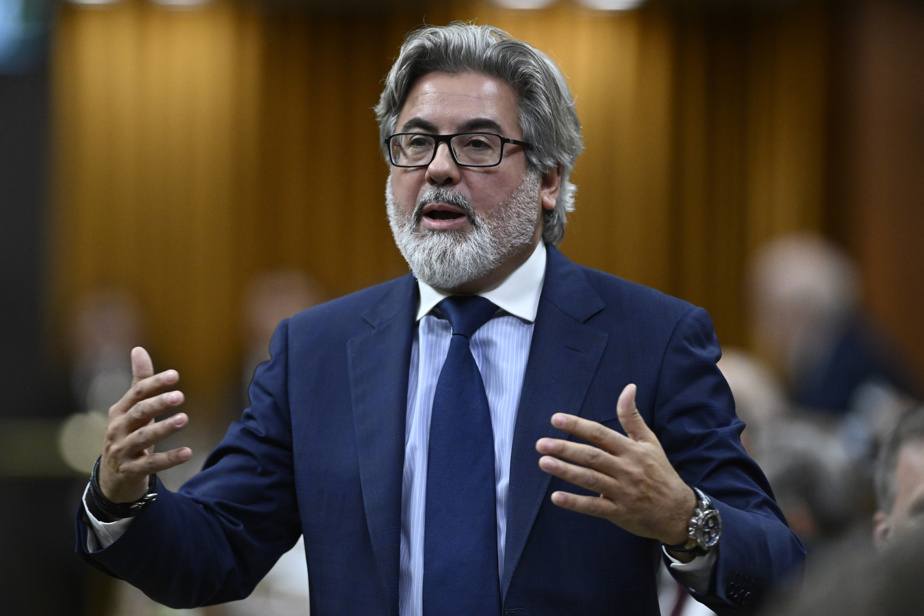 During a Wednesday press conference in Ottawa, Canadian Heritage Minister Pablo Rodriguez announced that he had written to the chairman of the board of directors of the National Gallery of Canada, Françoise Lyon, to obtain clarification on the ongoing crisis within the institution. museum. The minister himself was criticized during question time in the House of Commons.

After stating Wednesday morning that the National Gallery of Canada is an independent institution, Pablo Rodriguez said he told Mr.myself Lyon of his “deep concern” about the events taking place in this museum which has just launched a procedure to decolonize its management and programming and has proceeded to dismiss important managers.

“I asked him for a quick response on the solutions that the Board of Directors intends to propose”, said the Minister, who added that he was concerned about the prevailing climate at the NGC and wanted the Board “to explain what is happening”.

In recent days, actors from the Canadian art world, such as the former director of the NGC, Marc Mayer, the collector Pierre Lassonde or curators and art historians such as Diana Nemiroff, have expressed their amazement at how the NGC is currently managed. ask for clarifications.

Despite numerous requests from the media, the chair of the board, Françoise Lyon, a Montreal entrepreneur, president and senior partner of private equity firm DGC Capital, declined any interviews to explain why, on Nov. 17, the museum fired the Deputy Director and Chief Curator, Kitty Scott, Curator of Indigenous Art, Greg Hill, Director of Curatorial and Technical Research, Stephen Gritt, and Senior Communications Director, Denise Siele.

The museum refuses to provide explanations for these dismissals, advancing a confidentiality policy and proposing the application of a strategic plan that aims to “decolonize” the museum institution. The situation at the NGC was the subject of heated debate in the House of Commons on Wednesday. Bloc member for Drummond, Martin Champoux, criticized in particular the fact that the NGC was reluctant at one point to organize an exhibition dedicated to Riopelle, to mark the centenary of his birth, an exhibition which will be held precisely next October .

“Riopelle was ‘an older white male artist’ according to the National Gallery of Canada and, according to The print, your general manager has done everything, Mr. President, to prevent an exhibition in your honor, launched the deputy Champoux. Can the Minister tell us when his government decided to exclude the fine arts from the vocation of the Museum of Fine Arts? »

Minister Rodriguez replied that his colleague was “in the field”. “It is obvious that we will celebrate Riopelle, Mr. President, Riopelle is a giant among giants, one of the greatest artists among us. The government was and will be there to celebrate this great artist, Riopelle. »

Deputy Champoux continued with a second intervention: “A quick phone call from the Minister of Cultural Heritage to the Museum [des beaux-arts du Canada] it could stop this drift, because it doesn’t do anything in the National Gallery of Canada file, he said. Either approves or the management of the Museum of Fine Arts obeys an order from the minister. Because what is happening with the Museum, President, is that they are literally turning it into an ideological propaganda tool rather than a place for the conservation and enhancement of the fine arts […] When will the minister stop being the minister of propaganda and become the minister of goods? »

Pablo Rodriguez replied that he was hurt by this comment and assured the deputy of the Bloc that the Riopelle exhibition will take place. Joined by The printcollector, patron and entrepreneur Pierre Lassonde also recounted how former NGC Executive Director Sasha Susa, who left the institution last June, went out of his way to oppose a tribute that went to Riopelle in Ottawa.

“He’s tried to kill the exhibit multiple times,” says Mr. Lassonde. It was only thanks to the intervention and insistence of the Riopelle Foundation that he finally agreed to organize it, but reluctantly. It was unthinkable not to have an exhibition of the most important Canadian painter on the international scene! But she wanted to cut budgets, organize the exhibition in a small room, cut the number of works to be exhibited. It was amazing. It took him a year and a half to appoint the curator…” The art historian Sylvie Lacerte will sign the Riopelle exhibition in Ottawa.