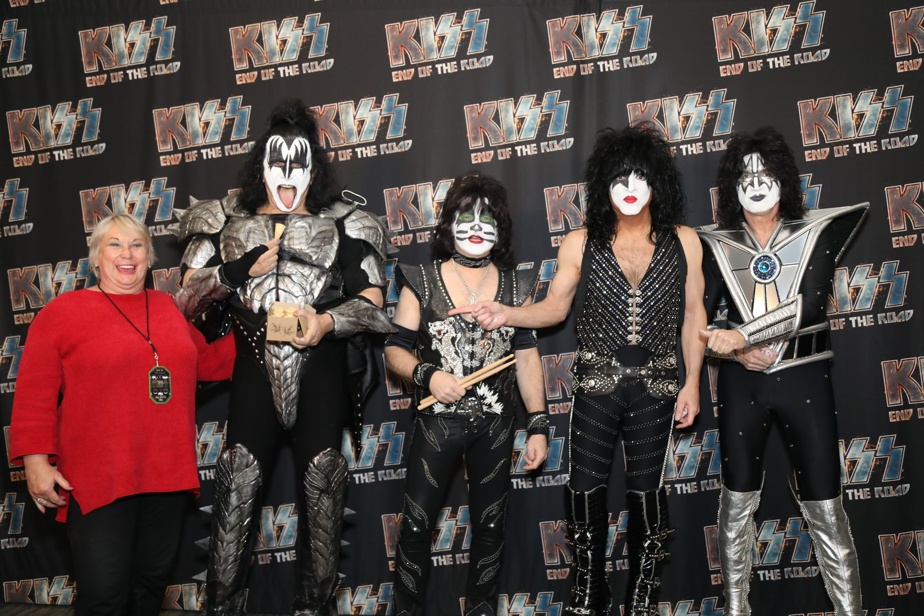 A Led Zeppelin show changed her forever, so much so that she became one of Quebec’s first rock journalists. Even today, Marie-France Rémillard facilitates the arrival of great rock stars in Montreal, especially on the set of Everyone talks about it. Portrait of a music lover who thrives on rock shows.

“Springsteen has already sold a million tickets in Europe. A million ! ”

We are just sitting in the restaurant when Marie-France Rémillard informs us of the news of the music industry, as she does several times a day, with relevance, on social networks such as Twitter.

The day before our interview, in early June, this great thirst for rock drove her back from Boston’s Fenway Park stadium at night, where she had seen a Paul McCartney show.

“The road is nothing,” says those who love to drive at night.

Marie-France Rémillard returned from London on Monday. On Sunday she saw the Rolling Stones in Hyde Park for her lei 64And birthday. On Wednesday evening she will be sitting in the front row at the Gesù for the performance of the Polish pianist Hania Rani. On Thursday she will return to Rome for a performance by Maneskin. So she will go back to London ABBA Travel and Duran Duran. A whole program!

Marie-France Rémillard caught the rock bug in 1975 when she saw Led Zeppelin perform in Montreal. “It was a shock and a passion with a desire to share,” she says.

The young Montrealer then began writing for the newspaper Pop rock, where another woman, Lise Ravary, worked. She was hired by the man who would become her friend, Mario Lefebvre, who later managed the careers of Garou and Roch Voisine. Marie-France had mailed a review of a show by the Nazareth group in the Place des Nations. She was then … 17!

Later he wanted to see Led Zeppelin again, but the group had excluded Montreal from his tour, so he made a first trip to the United States to see Robert Plant and Jimmy Page’s band in Detroit, then two nights at the legendary Madison Square Garden in New York. . “I stayed at their same hotel in Detroit and met Robert Plant in New York,” he says. Robert Plant is the artist I have met most often. ”

During our meeting, Marie-France Rémillard launches many anecdotes of this kind. Facts lived to make you dream, but which today seem impossible missions.

How did he manage?

“It was easier then. I made a cold call to the record company. You just had to go ask. ”

Marie-France Rémillard worked at Pop rock from 1975 to 1980. He covered Quebec music, while his male colleagues were only interested in Genesis and progressive rock.

I went to see Harmonium, Aut’Chose, Diane Dufresne … there were always record launches. It was a really good time. There was a lot of money for the promotion.

At the same time, Marie-France Rémillard begins to make contact with the teams of “more rock” international groups, such as Aerosmith, Rush, Van Halen and Kiss. In 1980 she left Pop rock to found the magazine Inhabit! and became the first female journalist to write about metal in Quebec.

Contacts and connections, she intertwined, and it helped her. She approached Gene Simmons of Kiss, for example, one of the artists she was facilitated in Everyone talks about it.

Subsequently, Marie-France worked in the management teams of Garou and Angélique Kidjo, to whom she remained very attached.

His great friend, Paul Lévesque, Bruno Pelletier’s manager, died two years ago. “A great success,” he says. When she was working with him for the Mahogany Rush band, she introduced her to people who climbed the charts and got close to bands like Metallica and Def Leppard.

In December 1989 Marie-France closed Inhabit! because it had an overflow of metal music. Passionate about travel, she holds a master’s degree in international relations from the Université Laval. She then worked in Benin before returning to Montreal and being hired at the airport as customer service for Air Canada.

Thanks to the employee discounts, he could do Montreal-London for $ 19. Most importantly, he was still able to meet many public figures and musicians whom he accompanied in the private lounges of the airport.

On social media, Marie-France Rémillard shares and comments on many news from the world of music: catalog sales, awards, the state of health of old rockers, etc.

“Business interests me a lot,” he says. Harry Styles does 15 nights at Madison Square Garden and 15 nights at the Forum in Los Angeles. It’s huge! People are unaware of his success. ”

You will have understood that Marie-France Rémillard is a woman of her time. “I’m not nostalgic”, concludes the one who doesn’t want to miss the flight of a new artist.