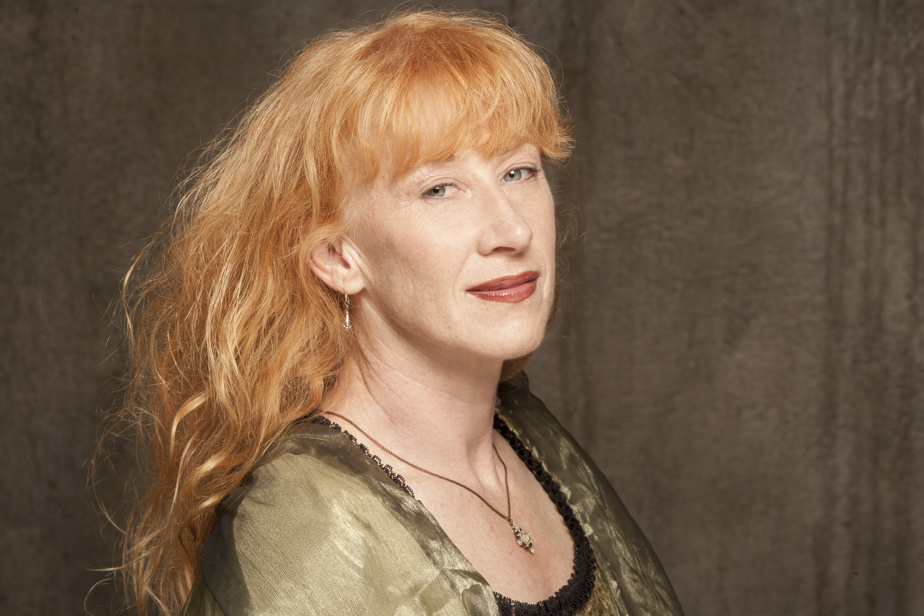 Her voice is celestial and her spirit, down to earth: Loreena McKennitt has shaken souls for almost 40 years with albums that are the result of meticulous research that weaves links between West and East. She returns to Quebec for concerts in which the pieces of Visitrecord that revealed it, will be in the spotlight.

Before turning to music, Loreena McKennitt wanted to become a veterinarian. Her life did not lead her to take care of animals, but surely to take care of her like. His music has always exuded a softness imbued with mystery, brings comfort and gives the feeling of being connected to the essence of the human experience: joy, pain, daydreams and the need to feel connected to what surrounds us, both the people who places.

He clearly says his desire to do good when he approaches the tour that will touch Montreal (Sunday and October 9 at Place des Arts), then Quebec and Sherbrooke. “I see it as a relaxing experience,” she says, in light of the current political climate and the period of upheaval the whole world has just gone through as a result of the pandemic.

This pacification will first pass through the songs on his album Visit, who will perform fully on stage for the first time in his career in the second part of the program. An essential milestone in her discography, the album released in 1991 revealed to the world her celestial voice and her music rooted in Celtic tradition, but mixed with influences from the Near East and Asia Minor.

This mixture can be heard All night of the soul, a piece that opens the album: even before listening to his song, which is part of the Irish tradition, one is attracted by the resonance of the Indian tamboura and an Arabic melody. Loreena McKennitt has always had her arms wide open: she never hesitated to make the typically Celtic instruments (Irish flutes, bagpipes, violin, bodhran, etc.) sing with the Persian qanun, the viola da gamba or even the electric guitar and keyboards .

Anthropologist in the heart

Introduced to Celtic music in the late 1970s, Loreena McKennitt learned about it by traveling to Ireland “to track it down in its natural environment”. “Finding myself so close to her beating heart impressed me a lot, she remembers, but I quickly realized that one cannot understand traditional music without knowing the social context and circumstances in which she grew up.”

A bit like an anthropologist, she carried out research that made her discover the migrations of Celtic peoples at the gates of Asia Minor. “The more I immersed myself in the story, the more doors opened,” she says. I wondered how these connections could have a relevant contemporary resonance. ”

Her research has turned her into something of an engineer of the soul. His records, like Jordi Savall’s music or Amin Maalouf’s novels, try first of all to build bridges between eras and cultures. Loreena McKennitt happily nods and admits that this has been her hidden intention of her for a long time.

By bringing together scattered elements, introducing these different sounds and sometimes even different worldviews, I feel like I’ve become something of a diplomat. We are so absorbed in our Western culture that we sometimes forget that there are other sensitivities and other points of view – and vice versa. Music is one of the few universal means and it can be the bridge we need.

Dive into the world of Visit to design edition 30And anniversary released last year and the preparation for the concert reminded him of numerous trips to Ireland at the turn of the 90s in search of information and inspiration and the “warm and friendly” atmosphere of pubs on winter evenings. What Loreena McKennitt is most nostalgic about, however, is that sense of community she felt strongly growing up in Northern Manitoba and a slower life, “where you do less, but more deeply.” According to her, this would be beneficial for the planet, which suffers from our way of life based on overexploitation.

He applies this approach to his scale, on his farm in Stratford, Ontario, where he rents plots to ranchers by practicing land rotation and with a view to sustainable development. “We are already seeing the biodiversity benefits after just five or six years,” she enthuses.

This anchoring to nature and its community is essential for it. “I know that the path I have taken, my career in music, is not something natural. That’s why I stay here in Stratford where I can have a normal life, she said. I have also been doing a vegetable garden since I was an adult. It is my sanctuary, the most tangible element of my life. This grounding is also what gives him wings to make his voice and our souls fly.