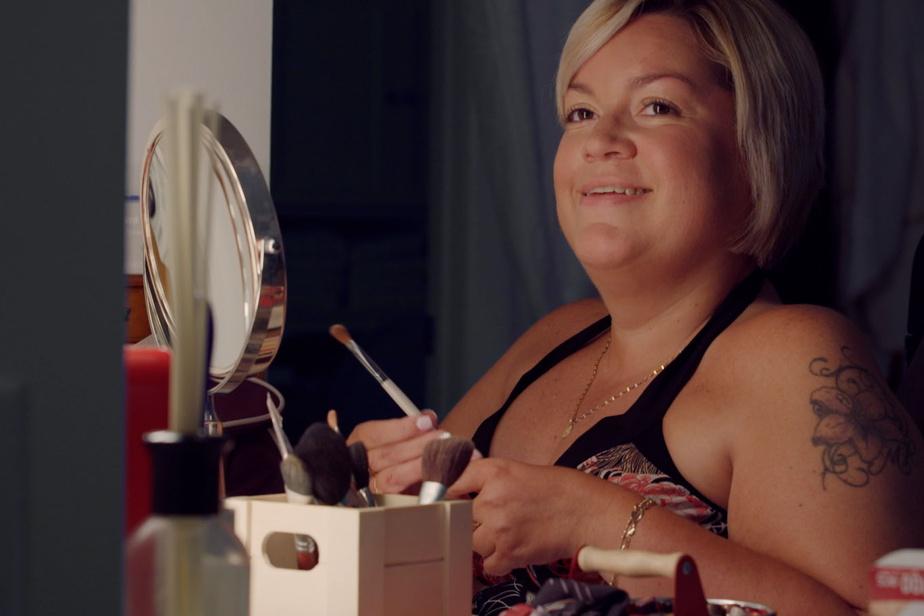 Mylene is 39 years old. A self-confessed “sappy romantic,” she’s looking for her soul mate. To achieve this, you make use of the services of Rencontrreadapte, an agency specializing in clients with disabilities. Her approach is represented in limitless love, a new documentary series from Canal Vie.

Before continuing, let’s clarify one thing: Mylène uses a wheelchair. Like the other “different” singles featured on the show, the search for her is complex, but perfectly legitimate.

Airing last week, the first episode exposed the obstacles standing in the way. Mylène lives in an establishment that hires servants to help her dress, go to the bathroom, wash and prepare meals. She receives services there 24 hours a day, 7 days a week.

In this first half hour we also met Nicolas, a nice 28-year-old boy with Down syndrome who wants to meet “a girl who likes to sing and go to the cinema”. The second episode will show his first date with Carolanne, a “smart, flirtatious and punctual” suitor, in his own words. Next, we’ll meet Matthy, a 33-year-old homosexual activist with a strong presence on TikTok who “never really had a relationship” because he believed he “wasn’t good enough” to be loved.

“For some, it’s always been a dream to find love,” explains director Maude Sabbagh (Facing the street, Outgoing Stories). They all have different challenges. But their common denominator is that they want – and above all the right – to find love. This is what touched me. You may have physical or cognitive limitations, for love there is no limit. This is what we are trying to demonstrate with this series. »

“By joining the agency, they grant themselves the right to love and be loved,” she continues. These are people who often thought they weren’t worth it. And no one should feel inadequate. »

“We kicked down the doors”

The series project limitless love originated last spring when the leaders of Urbania (In the shadow of Star Wars Kid, What families!) met Darlène and Vanessa Lévesque, the co-founders of the Rencontrreadapte agency. Respectively supervisor at Groupe AFFI, an adapted company, and auxiliary in health and social services, they were at the forefront of the socialization needs of people with limitations. Urbania’s proposal was simple: to film the activities of the company, the first in Quebec to offer this type of service.

“We had already been contacted for other similar projects, but this time it was different, Darlène Lévesque tells us in an interview. They really believed in our project. They loved our mission. »

Entrepreneurs were all the more impressed because a few years earlier, when they tried to set up the agency, their initiative had attracted very little interest from decision makers. “We broke down the doors,” says Darlène. We made requests for financial assistance, we made all sorts of approaches, but people didn’t want to know anything. We tossed around often…enough to get discouraged, but never enough to let go. »

limitless love it is not reserved exclusively for people with disabilities. Mylène also said it last Monday in front of Maude Sabbagh’s lens: “Just because you’re in a wheelchair doesn’t mean you want to match with someone like us. The proof: in the third episode, the young woman will have dinner with Bram, a non-handicapped man, at least physically. Victim of post-traumatic shock, he suffers from an “invisible handicap”.

In an interview, the documentary filmmaker describes the series as her favorite project.

I’ve never had so much fun on set as in the editing room. It gave me back my faith in humanity. I needed light.

It should be noted that the series spends very little time brushing up on the handicap of the participants. For example, we had to check Matthy’s YouTube channel to find out that he had a rare form of dwarfism. “The goal is really the search for love,” explains Maude Sabbagh. I wanted us to discover their challenges organically. It is not necessary to know their disability in detail to follow their story. »

The entry into the airwaves oflimitless love precedes by a few months that ofWhat if it was you?, another documentary series from Quebec involving people struggling with different ailments. Presented by Varda Étienne, this Pixcom production (Autistic, I will be of age soon, Indefensible) will arrive on AMI-tv in February. Internationally, we mention The undatables (Channel 4 in the UK) e Love on the spectrum, about autism, on Netflix. “It was time to take an interest in people who live with different challenges than ours,” Maude Sabbagh points out.