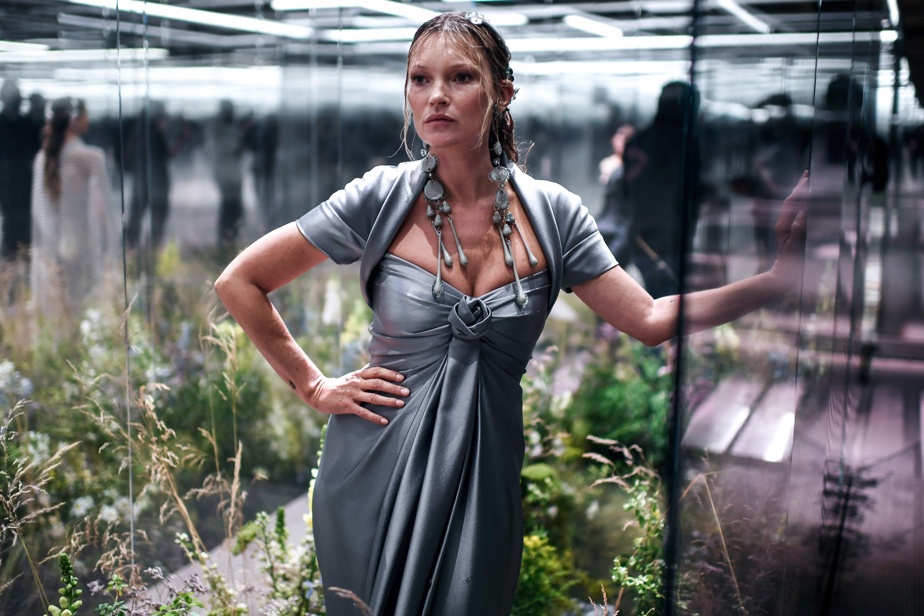 (London) British model Kate Moss launched a cosmetics and accessories website, Cosmoss, on Thursday, attempting to reinvent herself as a wellness muse at 48 and joining a number of celebrities who have built e-commerce empires.

The site sees this fashion icon, known for her love of parties and her relationships with American actor Johnny Depp or British rock musicians such as Pete Doherty and Jamie Hince, advocating a lifestyle centered around cosmic nature. “.

Although she still smokes, she repeats in her interviews that she no longer drinks and that her youthful adventures are behind her.

“I like dancing […]but I don’t like being in control of myself anymore, ”Desert Island Discs told BBC.

For Éric Briones, author of Luxury and digitalreleased in October by Dunod, “beauty and well-being will be the new vectors for the growth of luxury”, hence the proliferation of lines bearing the effigy of the stars.

He adds that “investing with a celebrity is much safer than with an unknown young brand, because it starts with a fan base” that can reach millions.

The model, nicknamed the “pussy” (“the miserable little girl”) in her early days due to her slim figure, was one of the incarnations of a trend for very slim bodies in fashion, nicknamed ” chic heroine in the 90s and early 2000s.

She turned the page on the era of sculptural “supermodels” like Cindy Crawford or Naomi Campbell, before the emergence of more prosperous beauty canons with, for example, reality TV star Kim Kardashian.

The latter preceded her, like her sister Kylie, by launching brands that generate hundreds of millions of dollars.

Kim Kardashian’s net worth is estimated at $ 1 billion per Forbesthat of Kylie Jenner at around 600 million.

“Recovered from his excesses”

Other stars of song (Selena Gomez, Lady Gaga) or film (Jessica Alba) have also created empires of e-commerce or cosmetics.

Goop, the commercial site launched by actress Gwyneth Paltrow, which sells all kinds of luxury products, but also sex toys, is valued by the specialized press for 250 million dollars.

Éric Briones judges the identity of Kate Moss’s site to be in step with the times, supporting resilience, care and self-acceptance: “a rock icon returned from its excesses who has a pseudo-magical speech” in the middle of the “apocalyptic period”.

To him, the fact that Kate Moss talks about “well-being and wisdom is just as surprising” and commercially well thought out as seeing Gwyneth Paltrow, in the slightly sanitized image of a follower of macrobiotic diets, selling sex toys. .

Kate Moss, whose fortune is estimated at $ 70 million by the celebritynetworth site, has made a name for herself off the catwalks thanks to collaborations with the low-cost fashion brand TopShop, a victim of the pandemic and bought by the Asos group, and more recently with Coca Cola.

In 2016 she also launched her own art agency, Kate Moss Agency (KMA), of which one of the main recruits is her daughter Lila Moss, who also became a model, along with other children of stars such as Ella Richards (Keith’s granddaughter) or characters such as the musician Rita Ora.

The face of Kate Moss, then a 14-year-old girl with a wide smile and freckles, was revealed in a photo series by Corinne Day for the magazine The face.

She says she “cried a lot” during this photo shoot, because she was forced to undress, although she admits these shots “changed her life”.

In 2005, he briefly lost his contracts due to photos leaked in the British tabloid press in which he appeared to be taking cocaine. A police investigation was unsuccessful and her career took off stronger than ever.