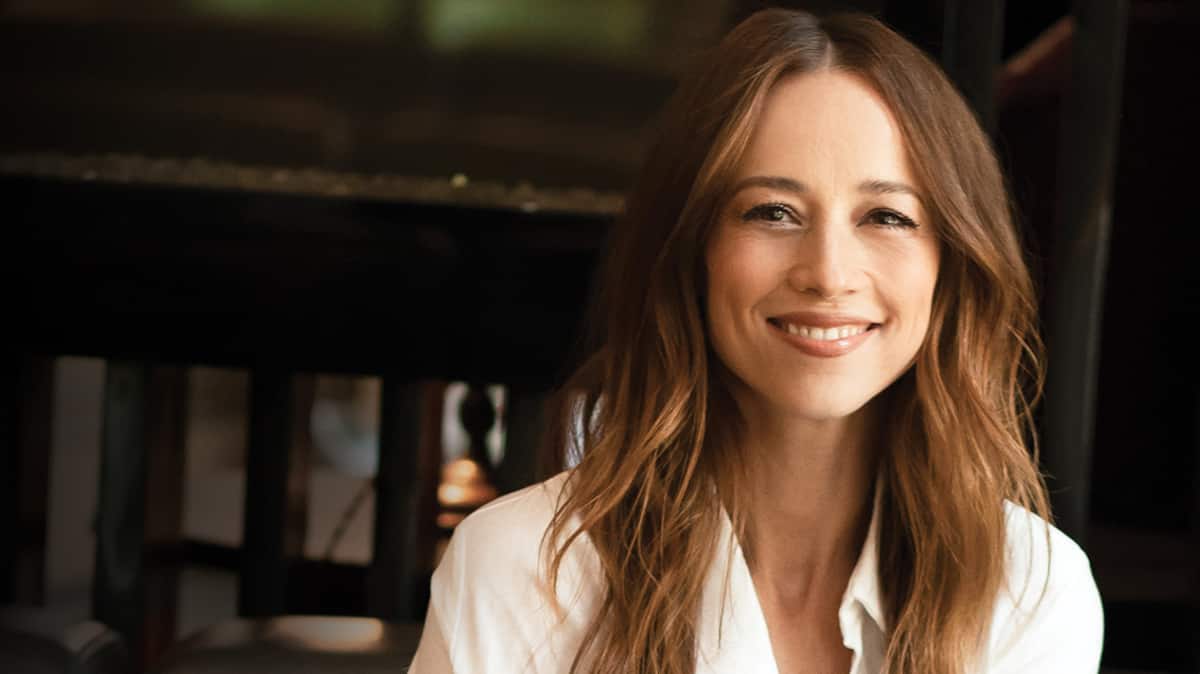 
Beautiful projects follow one another for Karine Vanasse, who is currently shooting Before the crash and will soon undertake the English adaptation of Plan B. But in the meantime, it is on the big screen that we can see the actress, who plays the gamekeeper Émilie in the film. Arsenault & Sons, a feature film that immerses us both in the unique world of poaching and in the heart of a family drama. Based in the Témiscouata region for this shoot, Karine had the chance to bring her child to the set. As with all of her parents, the balance between work and family remains at the heart of her concerns.

• Read also: Karine Vanasse did not want to compromise for a career in the United States

Karin, Arsenault & Sons offers us a foray into the world of poaching. Isn’t it a singular universe?
Yes, and it’s nice when a film invites us to dive into a universe we don’t know. But Arsenault & Sons it is not a documentary on poaching and hunting. (Editor’s note: In the film, the Arsenault, a close-knit family, profit from illegal hunting and have been the law for several generations in a small village in Bas-du-Fleuve.) This feature arouses curiosity: does it really exist in Quebec? I find it interesting that the film addresses these issues.

Is it a universe that was foreign to you, I presume?
Absolutely. Poaching is a world I didn’t know, just like the game’s guardians. There are several policemen around me, but no game wardens. The family dynamic presented in the film is also interesting. It was precious for me to be able to participate in this project by director Rafaël Ouellet. We met in the third season of blue Moon. I was proud to attend his return to the cinema. This is a story that has been going on for several years.

In which region of Quebec was the film shot?
We shot in the Témiscouata region. We’ve been there long enough for Guillaume (Cir) bring her children and that my son also comes to spend time with my parents. We were all together and it was good for the team spirit. We were able to immerse ourselves in the environment that nurtured the director. This story stems from what he has seen grow.

Can the fact that you can integrate your family life into your projects lead you to accept or reject a project?
Yes. The balance between work and family affects us all, regardless of our profession. With Arsenault & Sons, I was able to take my son there and show him the film set. Rafael was also there with his daughter. My work as an actress is quite abstract compared to other more concrete ones. So it was a great time for us. I have seen several actors take their children to the sets. It is a possibility, however. A tray is a real anthill. My son will see the final result in a few years, but he may have a vague recollection of what he saw. I am happy to share this experience with him.

It was announced that Plan B it will be adapted in English for the CBC network and that you will be a cast member.
Yes, and I’m very happy with it. This is the first time that I will participate in the adaptation of a project. I am always happy to participate in Anglo-Canadian projects that shine internationally, but in addition the concept is Quebec and arouses enthusiasm. I will be on tour with Patrick J. Adams.

• Read also: Karine Vanasse will be the headliner of the British adaptation of the Plan B series

Have you worked with him before or is it the first time?
No, I’ve never toured with him. He is based in Los Angeles and his friends with him are people I have worked with or taken lessons with. I find it nice to see these universes mix. Until recently he was in a show on Broadway and I went to see him in New York. For the first time I will be shooting in English in Montreal. For the balance between work and family, this is great too!

Is it still a concern?
Yes. Often, in fact, actresses are asked how they manage the balance between work and private life, but I think this question concerns all mothers and parents. Everyone has to do this gymnastics. My child’s daycare offers evening service, as some parents work in the evenings or nights. We really benefit, whatever our profession, from talking openly about this issue. Nowadays, realities are often different from traditional 9-5. For my part, for the moment I am well surrounded and the program is well organized.

• Read also: The “After” series, starring Karine Vanasse, will be presented in the United States

Do you have other projects on your agenda?
We are shooting Before the crash, the series by Éric Bruneau and Kim Lizotte. They really make a beautiful duo and make a strong entrance with this first series. I am thrilled to be a part of it.

Will you be able to take a vacation during the summer?
I live in Eastern Townships, so I feel like I’m on vacation as soon as I get off Highway 10 … (You smile) For the moment I can take advantage of it. The pandemic has led many of us to pay close attention to what is being done in our area. We have started to encourage all kinds of initiatives. For my part, I discovered a truly exceptional restaurant: Parcelles, in Austin. Many businesses and activities have developed in the region. Finally, it is not necessary to go very far to savor the pleasure every day.

What do you have left of this period?
I think this has brought us back to a vulnerability common to all. When the sense of urgency fades, what will remain of all this? What will we remember? I do not know. I have many friends who live in the same area as me. Currently, being able to spend time with people who are important to us is already a lot. I have never seen so many shows and shows like recently. I am happy to take these opportunities. Living experiences together is precious.

We know you are a great traveler. Have you had the opportunity to move recently?
Not really. I like traveling for work. For the time being, it doesn’t happen here anymore and that’s okay. I had a few opportunities – I went to New York in particular – and I was happy to be able to. The pleasure of traveling lies in the fact that you have no reference points. This means that we are open to everything. You can cultivate that feeling here by forcing yourself to be in an open state.

Do you want to introduce your child to the world?
Yes, but I also want to cultivate daily openness in him. Although, with the pandemic, he has not had the opportunity to travel a lot, he has experiences that lead him to take an interest in different things.

Arsenault & Sons is in cinemas all over Quebec.
Series Before the crash will be presented this fall on Radio-Canada.