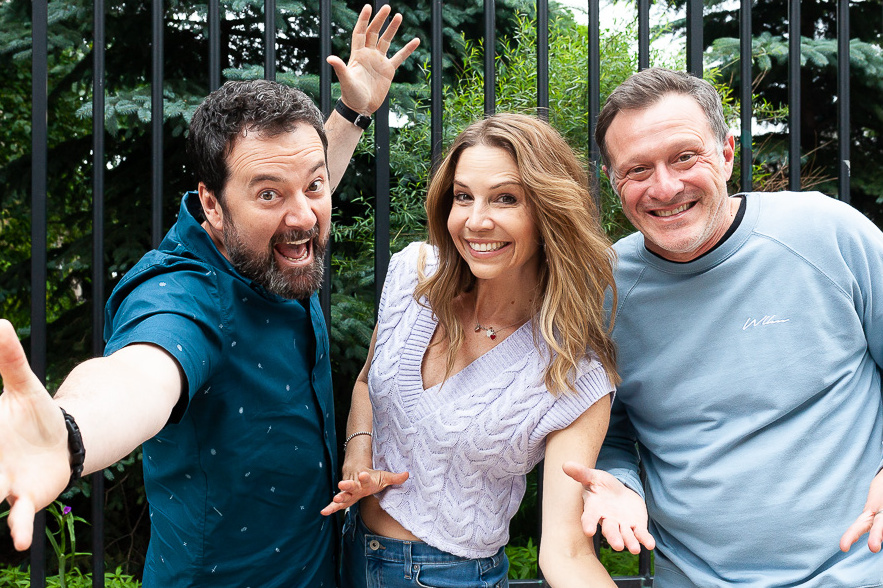 After playing the journalist Jean Brière for six years District 31, Jeff Boudreault will take on a new challenge starting August 22. He will pilot the morning show at Rythme FM 105.7.

Accompanied by Stéphane Fallu and Marie-Christine Proulx as co-hosts, Jeff Boudreault will replace Patrice Bélanger, who decided to leave the station at the end of last season. Likewise, the actor dabbles in a new medium he has been dreaming of for a while. “The idea of ​​making radio sprouted a long time ago, but it never worked with my schedule. District 31 and the end of filming the series Hotel, a window of opportunity has opened. And this offer has arrived. ”

Marc Thibault, general manager of Rythme FM, explains that he had been thinking about doing radio tests with Jeff Boudreault for some time.

“We were able to do some tests recently and we immediately saw that the chemistry was good with Stéphane Fallu and Marie-Christine Proulx. They are three people with very different personalities. Jeff has a very confident boy side; Stéphane brings a fun and human aspect. As for Marie-Christine, she offers a great continuity to the show. When we put all three of them together, we immediately saw that it gave something interesting. ”

Jeff Boudreault says he didn’t hesitate long before agreeing to participate in this show, the title of which remains to be found.

It will be a privilege to be able to live close to people every day, to be present for the awakening of Greater Montreal. The only thing that made me hesitate a bit is that I live in Bromont. So I will have to get up at 3am and drive 1 hour and 20 minutes every day to get to the station. But hey, there’s not a lot of traffic in the middle of the night.

“We actors are used to atypical working hours; there, it will be very regular, like a factory job, ”she adds.

Since knowing he will spend his mornings at Rythme FM, he says he listened to the channel’s content more carefully. “I realized that this radio was more like me than I thought. I am still 22 in my head and I had heard misconceptions that this radio only plays ballads. It’s wrong. It is a modern radio, connected to its audience, broadcasting the music I listen to every day! ”

While the microphones don’t scare him – “I’ve always done vocals and love it,” he says – the actor knows he’s going to have to learn his new job on the job. “I will try not to judge myself too much and to remain humble. Sometimes I can be my own worst enemy. I want to be as playful as possible. I have already asked my good friend Richard Turcotte for advice, who is a professional radio. I already know the connection is. super good with co-hosts. Together we will do a good Christie show! ”

Jeff Boudreault knows that this new radio deal he is being offered is no stranger to the success of the series District 31. “For sure. Look, Michel Charette currently does radio; Gildor Roy will host Tower with VAT number. There will always be a before and an after.District 31. It is a television phenomenon that we will talk about again in 30 years. For six years, not a day went by without someone telling me about the show. This is proof that the show had a damn impact! And it has conquered such a large audience … ”

Marc Thibault is formal: “Jeff’s notoriety has been even greater since then District 31, but if the tests weren’t conclusive, we wouldn’t have chosen it. On the radio, you need a voice, a personality, a chemistry. Not just fame. ”

Waiting to take his first steps on the radio, Jeff Boudreault will leave all summer to explore the Southwestern United States on his own by motorbike. “He will visit Colorado, Utah, California before slowly making my way back via Memphis. This will be my Compostela in motion! ”