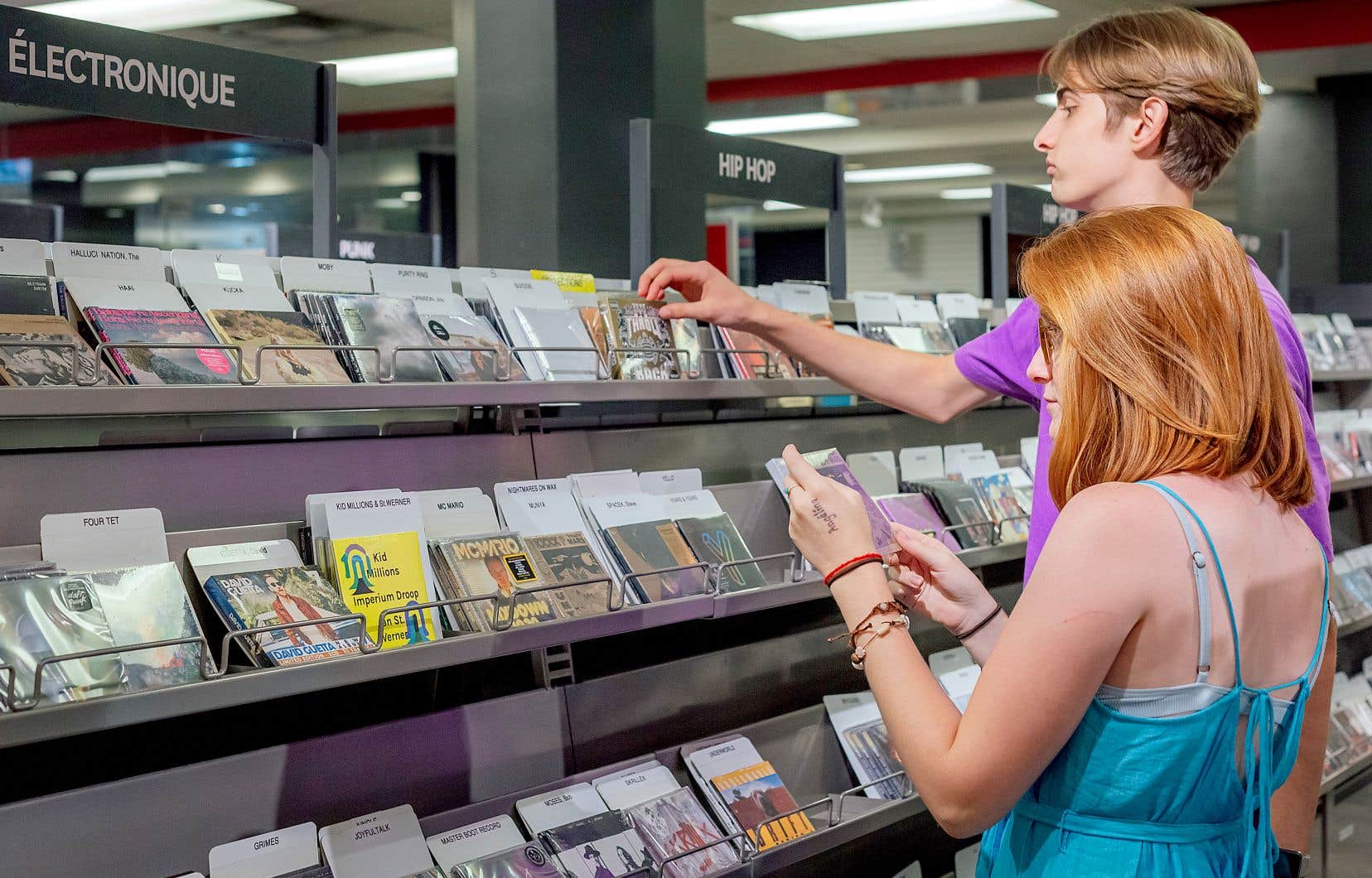 The compact disc celebrates its 40th anniversary in August this year. Having completely supplanted vinyl in the 80s and 90s, this medium was given up for dead ten years ago with the advent of digital and the resurgence of the microgroove. But now the CD is experiencing an unexpected resurgence in popularity among music lovers.

Inflated by increasingly strong demand from collectors, the price of vinyl has soared in recent years, and even more so in recent months. Music lovers, those who still want to hold a physical version of the albums they listen to, are therefore more and more inclined to fall back on the good old compact disc.

“A used CD sells for around $ 5. It’s a little more expensive for more niche styles like rap and metal. But it’s still a lot cheaper than vinyl, which has become overpriced. People are afraid and it gets worse every year. The price continues to rise ”, complains Jean-François Ouimet, owner of the Musique Cité, in Sherbrooke.

Founded in 1958, Quebec’s oldest independent record store will close its doors in a few months, particularly as the company struggles to keep up with vinyl record resale on the Internet. On classifieds sites, the average vinyl sells for around $ 20. Some collectibles sell for more than $ 100.

This overheating of the vinyl market has implications not only for the second hand record market, but also for new releases. While Quebec artists had gotten back into the habit of releasing their new works on this medium, some today no longer have the means to produce LPs for their fans. This is the case of the singer Jérôme Minière, whose latest album, The melody, the river and the night, is available in stores only on CD. Printing would take a year to wait.

“There are 10 to 14 months of waiting for a vinyl. It has been accumulating for a long time, but gained momentum last year with Adele’s latest record, which monopolized many pressing plants printing 500,000 copies at once. Everyone fell behind and the big record companies got stuck pressing plantswhich left little room for more independent artists ”, explains Jean-François Rioux, owner of the Le Vacarme boutique in Plaza Saint-Hubert.

For Luc Bérard, owner of L’Oblique boutique since 1987, it is essentially the price of vinyl that explains the sudden rebirth of the compact disc, and not a feeling of nostalgia. The CD player will never have the same shine as the turntable. “Vinyl will be increasingly valuable to collectors. Because of the size of the covers, among other things, ”points out the Montreal record store.

Still, music lovers would have good reason to miss the days when CD was the most popular format. As everyone agrees, the sound quality is immeasurably better on disc than on platforms like Spotify and Apple Music.

Now, does music on CD sound better than vinyl? An endless debate that has divided music lovers for forty years now. «It depends on the times. I think albums recorded before the 80s sound better on vinyl, because they were recorded specifically for analogue archiving. As for the CD, he’s sure it had some weaknesses in the beginning. But digital continues to improve, while analogue hasn’t evolved, ”observes Luc Bérard.

While independent record stores are seeing a growing interest in compact discs, CD sales are still falling in Quebec. In fact, there are more and more seniors who abandon CDs for digital than music lovers who reconnect with CDs because the cost of vinyl has exploded. But the latest data from the Culture and Communication Observatory are revealing and could be harbingers of a trend.

Will we see the curve reverse in 2022? In France, sales of compact discs increased by 10% last year. “It is difficult to make a prediction at this stage, but we hope so. Physical sales are much more attractive in terms of revenue for artists than the streaming. It is therefore a trend that we see in a good light, ”says Eve Paré, director general of the Quebec Association of the recording, entertainment and video industry.