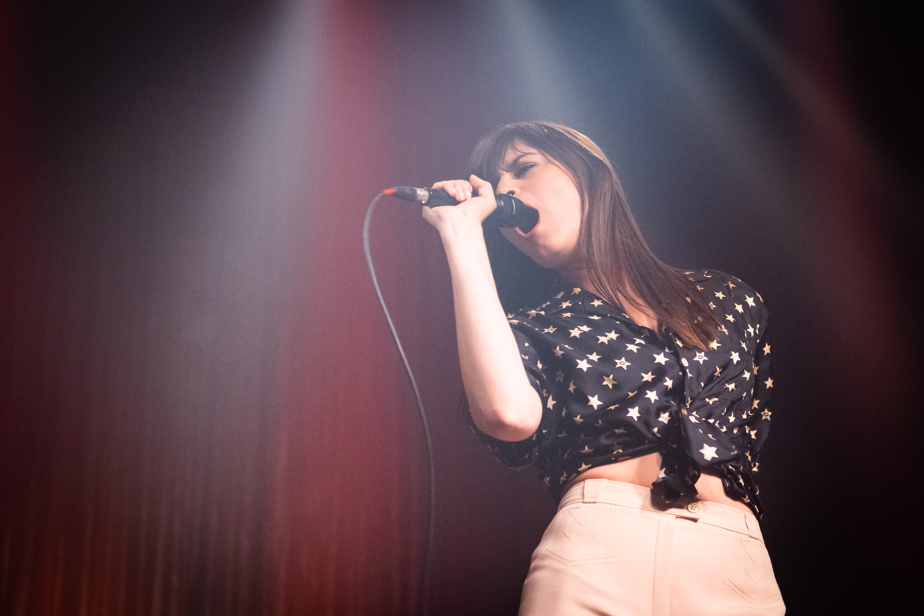 “What a big mistake / Falling in love with the singer”, laughs Clara Luciani on one of the irresistible hits of her second album, Heartwhose cover alone makes you want to go dancing at the feet of the French star.

Clara Luciani may have warned us of this “amateur mistake”, the spectators who filled the MTelus on Tuesday evening all fell into the trap of blind idolatry.

With reason! If Clara Luciani put on a few songs before she was fully realized and relaxed on stage, her show ended in triumph with her quintessential post-pandemic anthem, Breathe again.

“He has to move, he has to tremble, he has to sweat again”, he repeats in the chorus that he fully fulfills his mission.

This is exactly what happened on the floor of the MTelus on Tuesday night.

Clara Luciani’s show started a little late. At 10:20 pm, the crowd finally heard the beats introducing the title track of Heart. Clara Luciani appeared in flesh and blood amidst a deluge of shouts and applause. At the beginning of the course, however, something was wrong with the complex and the sound. The singer’s voice was buried by her musicians. This was also the case Always lovesong that followed, but the expressive happiness of the crowd filled the felt void.

Clara Luciani was moved by the welcome of the crowd, which gave her ease and agility. She wowed the crowd with Bandit, she rocked Comets and she it was as comical as it was melancholy Everyone (except you).

It should be noted to what extent Clara Luciani can count on fiery musicians, namely Alban Claudin on keyboards, Mathieu Edward on drums, Benjamin Porraz on guitar and Pierre Elgrishi on sparkling disco bass. The latter also replaced the one she looks like, Julien Doré, on Sad and slow.

Among the surprises there was one that was predictable – but much appreciated – Pierre Lapointe’s jump on stage for his duet with Clara Luciani What can we do therewhich describes the chemistry that works “when two bodies meet”.

The union of their voices? Marvelous.

A return to Montreal

Clara Luciani walked the MTelus stage for the second time. She had done it in 2018 in the first part of Eddy de Pretto. Four years later, she tops the bill two nights instead of one. What a journey for the 29-year-old artist.

In the show, we understand why Clara Luciani was crowned stage revelation of the Victoires de la Musique in 2019 and that she was twice crowned Female Performer of the Year. Clara Luciani’s voice is always right, she puts the audience in her pocket and moves elegantly with her long legs, square jaw and her chic dance steps.

Indeed, today it is difficult to understand why Clara Luciani has a song called I don’t know how to please but we know that the confidence to lead the stage was not innate, but to be acquired by the former member of the La Femme group.

His second album, Heart, launched in June 2021, made her a superstar. “Irresistible” turns out to be the word that best describes his disco songs and melodies with the typical bombast of French pop. And it’s even more true in the show.

On Tuesday night, the party reached its peak with The rest, The bay (cover of Metronomy) e The grenadehits from her debut album, Santa Vittoria. The show then ended and the crowd experienced a great moment of collective joy. In fact, the joy was mutual.

When Clara Luciani threw her dancing bomb Breathe again before the recall there was no doubt: we were witnessing a triumph. The triumph of himself, but also that of the communion of hearts through music.

Do we do it again Wednesday night?