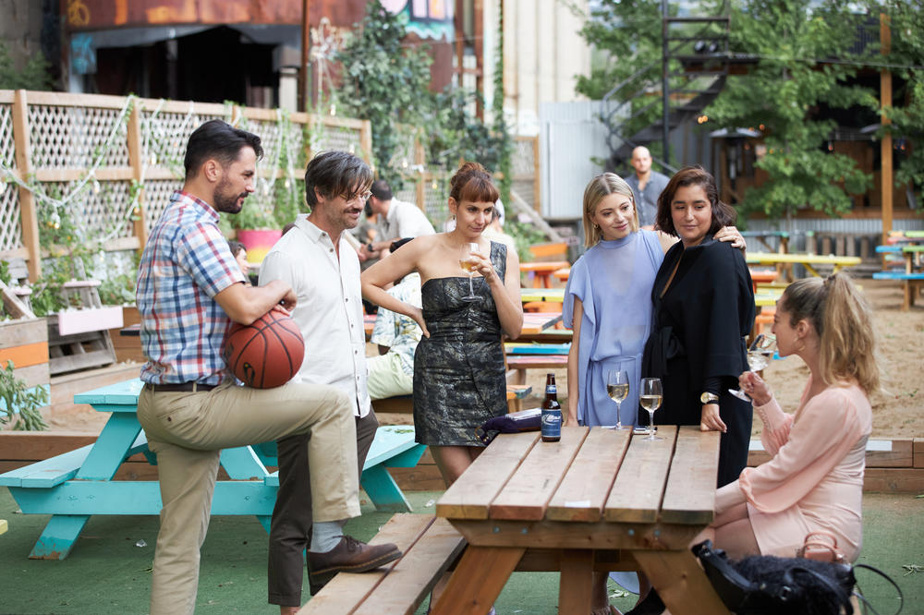 
From the first scene of Lines of escapewe feel, like Audrey, Valérie and Sabina, the emotion of a Friday evening that promises to be festive.

They have just finished their working week listening to the cultural chronicle of Valérie (Léane Labrèche-Dor), whom she calls the presenter of her radio program “mononcle”.

To the sound of the pipes Say it wellby Nelly Furtado, e Drinking in Los Angelesby Bran Van 3000, are preparing for their big reunion.

“Montreal isn’t ready for three Beauceronne on fire ! “Says Mariana Mazza, who plays the character of Sabina, an immigrant daughter who has a successful career in finance.

Audrey the accountant (Catherine Chabot) and her boyfriend (Maxime de Cotret) have to travel from Beauce to Montreal, while Valérie (Léane Labrèche-Dor) returns home by bicycle to find her. fiance slightly snobbish intellectual (Mickaël Gouin) with whom he shares environmental values ​​and an open couple. As for Sabina, she is planning the final preparations for the end of the evening which will take place in her luxurious condominium.

Everyone first meets Amber, Sabina’s girlfriend (played by Victoria Diamond) at the opening. But quickly, the happiness of getting together will fade in favor of awkward conversations and settling of scores.

The three friends obviously no longer have the same values ​​or ideals. They confront their own ideas being jealous of what they do not have of each other … Everything goes: “the vortex of motherhood”, “transcending one’s social class”, “the agony of the future”, so such as eco-anxiety.

The dialogues avoid clichés and are pleasant, as are references to the 2000s.People albumby François Pérusse, and the song And so onby Gabrielle Destroismaisons, which girls sing along to karaoke.

A dramatic comedy in all its glory

Catherine Chabot adapted her play Lines of escape writing the screenplay with Émile Gaudreault and sharing the production with Miryam Bouchard (My circus, December 23, can you hear me?). Thus was born a film as entertaining as it is suggestive, but above all in the (charged) air of the times. To say Lines of escape it lives up to its title of dramatic comedy.

The filmmakers made good use of the postcard that is Montreal, especially along the Lachine canal. While the first half of the film has an urban nightlife vibe, a 45-minute camera in Sabina’s apartment takes us to the end …

We therefore fully appreciate the characters’ murderous responses. Even the sweet Amber will go to lawsuit against the French-speaking Quebecers with whom it is difficult to get in touch despite appearances.

The acting is also very accurate, but we underline that Mariana Mazza surprises us by playing with an unsuspected restraint given her very expressive natural temperament.

Lines of escape it has everything from a good movie that is as smart as it is fun with a healthy 90 minute running time. Thirty-year-olds at the crossroads will be particularly challenged by the themes of success, parenting and recognition, but all generations will find themselves in the characters’ inner struggle.

We all feel at some point in our life a disconnect between who we are and who we want to be. Between our thirst for consumption and our desire to improve the fate of the planet. Between caring about preserving old friendships and wanting to get rid of them. 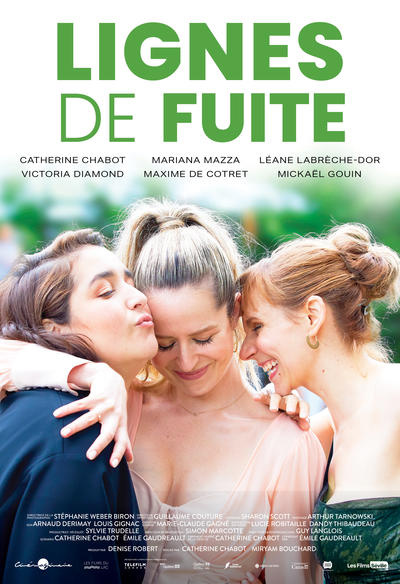