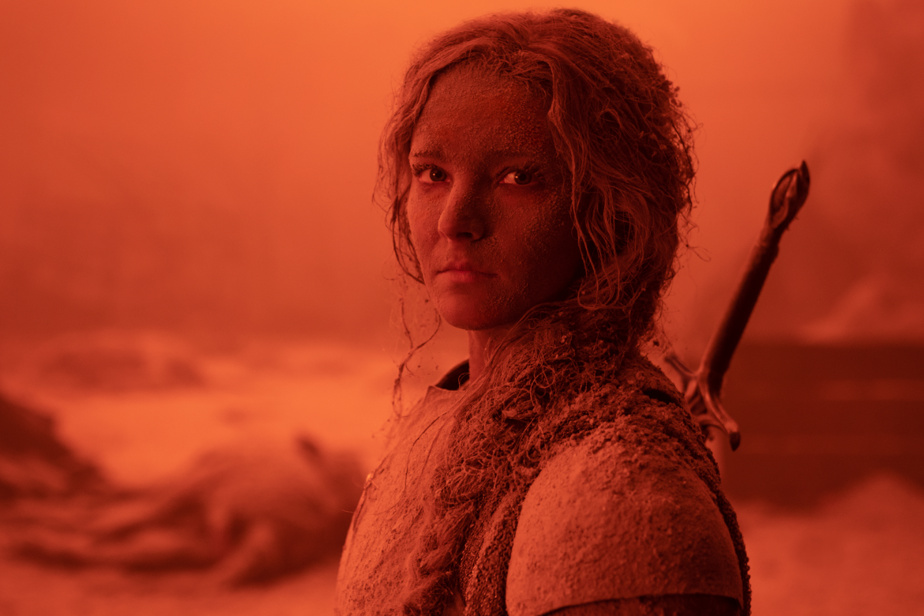 
Without inspiration? Here are some tips to watch on the AppleTV + and Prime Video streaming platforms.

What is offered to us today on Prime Video is a legitimate part of the path traced by those who wanted to pay homage to the genius of Tolkien. The operation is ambitious and its deployment is extraordinarily cinematic. It’s almost a shame that the series is aimed at the small screen. So please do yourself a favor and don’t watch this on your phone …

Tell me about an effective concept: a three-episode, one-hour miniseries that wraps a true story, as fascinating as it is annoying, sir, without lengthening the sauce or cutting off the narrative. It is the case of A very British scandal from the Amazon Prime Video platform, a “mini” miniseries offered in French and English that focuses on the tumultuous – and 100% truthful – relationship between Captain Ian Campbell (Paul Bettany) and future Duchess Margaret Sweeny (Claire Foy, seen in The crown).

In fact, they know how to charm couch potatoes, these Brits, with or without an accent cockney. Their latest offer haunted me all weekend. This is the scary thriller Chloe, which you will find in French and English on Amazon Prime Video. It is solid and very dark. I was obsessed with this miniseries that speaks, in fact, of the obsession in the age of social networks.

When Oprah Winfrey produces something, we pay attention. The “queen of the media” enlisted the support of Sidney Poitier’s daughters to present this 106-minute documentary, which paints the portrait of the famous actor, director and activist. First black man to win the Oscar for Best Actor (in 1964 for Lilies of the field), Poitier died last January of a heart attack. He was 94. Directed by Reginald Hudlin (house party, boomerang), this feature film includes interviews with several big names, including Denzel Washington, Halle Berry, Robert Redford, Lenny Kravitz, Barbra Streisand and Spike Lee.

This is the most moving series of the last couple of years, full of kindness, benevolence and good gags. Parachuting to London, American football manager Ted Lasso (Jason Sudeikis) finds himself at the head of a declining football team, which he must put together again. You don’t have to love sports to join Ted Lasso. Each of the supporting roles is well defined and important in the story. The series was crowned Best Comedy at the latest Emmy Awards gala.

Without exaggerating, Separation is one of the most original and surprising series of 2022. Yes, part slowly, it is the biggest flaw of the first two hours, do not despair. But when the anxious plot takes off, it’s nearly impossible to get out of it.

Airing last year on AMC, this black comedy just landed on Prime Video. We couldn’t wait to access it, not just because it stars Annie Murphy, who played the inimitable Alexis in The Schitt covebut because it offers a starting premise different from any we have ever seen.