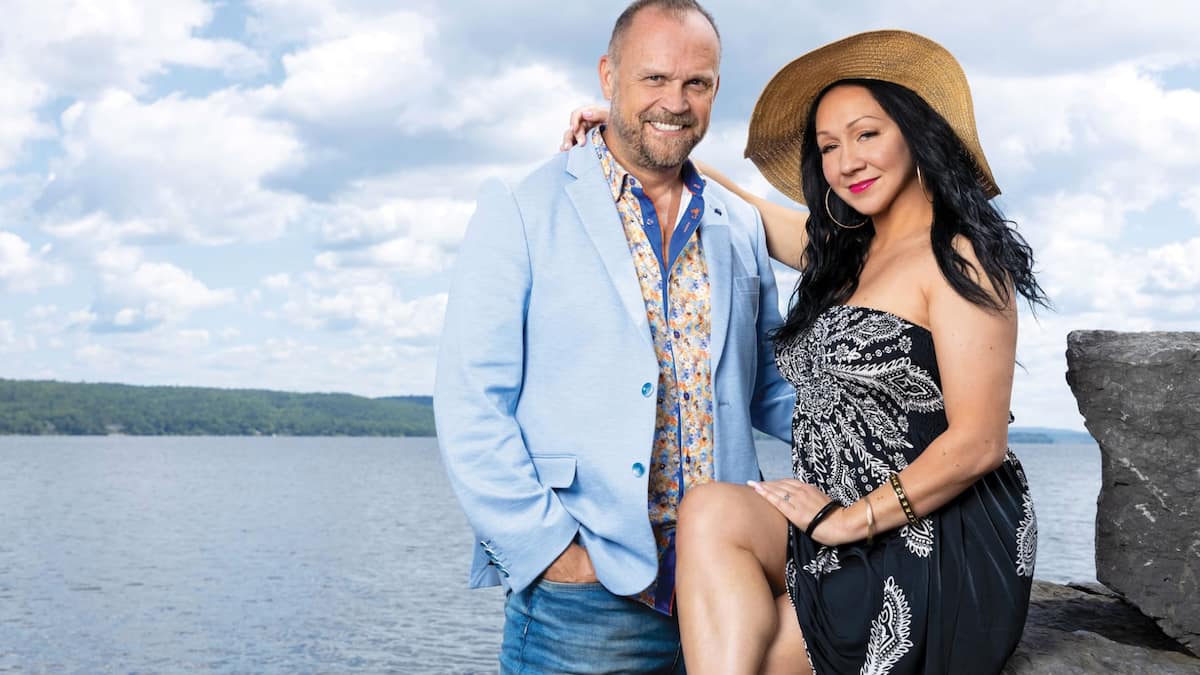 
In 2021, country singer Steven Levac released his first album and found love with himElizabeth Blouin-Brathwaite. A year later, she becomes his manager and his muse. Inspired by his new life, he recently released the single C’est quoi amoour and is working on a second album.

• Read also: Elizabeth Blouin-Brathwaite has a sweet romance with Steven

Since its release last August, the music video for the song What is love garnered over 15,000 views on YouTube and over 129,000 on Steven Levac’s Facebook page. “People tell me it’s funny because it’s a catchy tune,” said the country artist, who admits he wrote the song in 20 minutes. “Six months after the release of my first album, which is called Steven Levac and which was very successful last year, I have not been able to write. The singer-songwriter felt the pressure of having to write songs to match his debut record. The white page syndrome undermined the creation of him. One day, inspired by his lover Elizabeth Blouin-Brathwaite, the country-folk melody of What is love it occurred to him and he put words into it. We can also see Elizabeth in the music video. The singer came into his life when he was recording his first album. “For the recording of the song Give me another drink, I wanted to do a duet with a singer. I was looking on social media who I could contact and I came across a snippet of a song he was doing acoustically with another girl, on Instagram. I didn’t know her personally, but I thought it was the voice I wanted. We contacted each other. She came to record the song in the studio with me and it was love at first sight.

• Read also: Normand Brathwaite is having an absolutely adorable time with his grandson

COMBINATION OF LOVE AND WORK
Elizabeth Blouin-Brathwaite and he have been together since June 2021. Mother of two-year-old William is also the stepmother of Steven’s two children. “My youngest, Alex, is 16 and has been playing guitar for several years. My son Erik is 19 years old. He is a welder. Seeing that they combined professional and personal life wonderfully, Steven asked his girlfriend to be his manager. “I wanted Elizabeth to take care of my career because she is a devoted girl in everything she does. She is a person of heart and she is in a good position to do this type of work there, ”says the Hawkesbury, Ontario-based artist.

Evolving in music for nearly thirty years, he began playing the guitar in his early teens and composing songs around the age of 18. However, he has only been writing in French for two years. “I’ve been writing songs in English all my life. I am from Hawkesbury but have lived in Montreal for 20 years. I am as much from Quebec as I am from Ontario in my heart. From 15 to 35 I lived in Quebec. I returned to Eastern Ontario about 15 years ago, in the village of L’Orignal. Elizabeth has her apartment in Quebec, but she spends a lot of time with me in Ontario ”.

His next album, due out in March 2023, will be in French, but has room for an English track. Specifically, we will find the song What is love. “I often talk about love in my songs, but there are new ones on the second album that are more about parties.”

A SINGING REAL ESTATE BROKER
In addition to his artistic career, Steven Levac is also a real estate agent at Hawkesbury’s Royal LePage. “Estate agents go golfing on Sundays. I, I play music. It relaxes me. It is my passion and I live it more and more. He will also perform on October 9 in Montreal for the fourth edition of the Carnival of Colors and Elizabeth Blouin-Brathwaite will be his backing vocalist.

The song What is love is available on all digital platforms.

Steven Levac will perform at the Quartier des Spectacles in Montreal on October 9 as part of the Carnival of Colors.