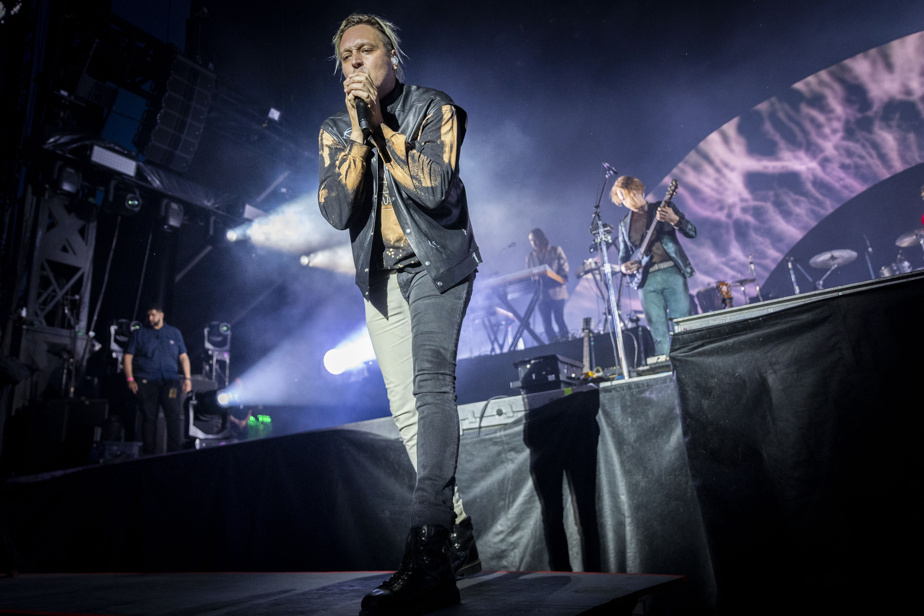 Arcade Fire kicked off their tour as scheduled on Tuesday in Dublin, despite allegations of sexual misconduct against singer Win Butler, as a wave of ticket refund requests swept across social media. For its part, the music channel CBC Music has confirmed that it will stop playing the songs of the group until further notice.

In an article published on Sunday, four people told the American media Pitchfork that they were victims of sexual misconduct by the leader of the Arcade Fire. He’s accusations that have been disproved by Win Butler, who claims he has never been in a non-consensual relationship, but apologized for the pain caused by not being “more aware and attentive to the effect” he has on people.

In the evening, a spokesperson for CBC Music confirmed that the music channel will boycott Arcade Fire over allegations concerning its singer, “until we have more details on the situation”.

After the publication of the Pitchfork text, many calls were launched for the cancellation of the tour.

But as the group had decided to go ahead with the shows, many fans said they couldn’t go cheer them on stage or even cheer for them. On Twitter, on Tuesday the refund requests, which directly challenge the Ticketmaster giant, were numerous.

But a few hours before the start of the show, the two concerts in Dublin were still kept by producer MCD Productions, with no possibility of reimbursement for people who no longer wanted to attend.

Opening the evening at 6:30 pm, Canadian singer Feist took the stage as planned. The proceeds from the sale of her merchandise will be donated to Women’s Aid Dublin, read a small poster hanging on her Standing.

Arcade Fire then took the stage at Dublin’s 3Arena in front of a cheering crowd and a few empty seats, and kicked off the show without commenting on the situation.

The group, which performed in Osheaga a few weeks ago, plans to perform around 40 shows this fall in Europe and the United States. The tour WEthe title of his latest album, is expected to end in Montreal on December 3 at the Bell Center.

The print evenko, who presents the show, asked if a cancellation had been considered. “We are currently assessing the situation,” we were told in an email. Same goes for refund requests: “We will evaluate any requests regarding refunds. ”

David Seligman is the artistic director of Pop Montreal, an event closely linked to Arcade Fire since its inception. For him, it would be very surprising if the tour was canceled. “There are millions invested in it, it’s impossible. Even if the band themselves decided to cancel, they could be sued!”

He understands that the fans are angry, but he thinks there are many other ways to let him know. “They can boycott the band, go to the show and yell at them… Look at Feist, he’s donating all the money from his merchandise sales to a humanitarian organization in Dublin. ”

He admits, he too is shocked by the revelations he read about Pitchfork. Mainly because it was predictable, because of the culture that reigns in the music industry.

“This rock star lifestyle … You can’t treat people this way, you have to treat them with respect and dignity. The problem is that they are surrounded by people who close their eyes, who cover themselves, who let things happen, who are afraid to say something. ”

It was during a 2016 event organized by Pop Montreal, Pop vs Jock, a fundraiser for a basketball organization the group had participated in for years, that Win Butler would meet one of the four people who spoke to Pitchfork. Reading this information seriously injured David Seligman.

“It’s hard to hear that he used his come to target an 18-year-old woman.”

It was also the last time that Pop Montreal collaborated with the group that grew up with it: it was the festival that presented the great free Arcade Fire show in 2011 in Place des Festivals, after winning the Grammys.

“We have a long history with the band, we’ve done great things,” says David Seligman. But last time the relationship wasn’t very good. People didn’t feel well, there was language abuse. This is not what we want as an organization. We felt it was no longer a good choice, so we decided not to work with them anymore. “

With Vincent Larin, The print