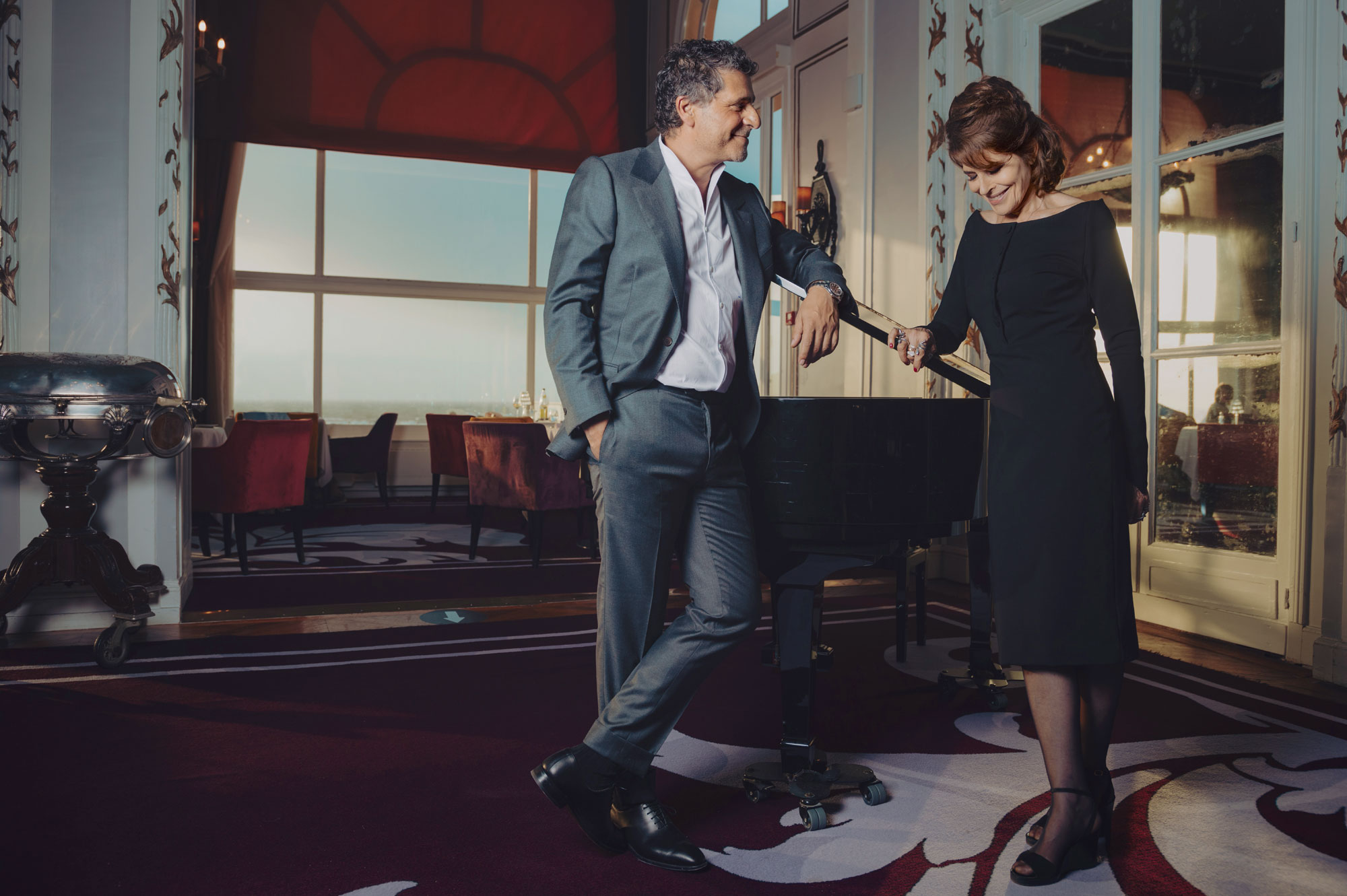 In the hall of the Grand Hotel, sumptuous, imposing, similar to the description given by Marcel Proust in his “Research” of 1918, the guests of the 36th romantic film festival speak of cinema, of course, but also of love. After all, it is the place… “The feeling of love remains the most powerful spring of cinema”, certifies Sylvie Testud, who masters the subject. The actress, a member of the jury this year, admits it while sipping her strawberry diabolo: eternal saleswoman, she never pouts with pleasure in front of a great love story, like “La mia Africa” ​​or “Sulla road to Madison, “and rarely resist a romantic comedy. However, in Cabourg, overly sweet love affairs are no longer allowed. Suzel Pietri, the festival’s general delegate, had had enough of sentimentality. She now wants to open this event, which she launched in 1983, to other forms of relationships. “Directors have mediumistic power, they breathe as they navigate from guest to guest. They know how to show us what tomorrow’s society will be like. “

So how do we love each other on the big screen in 2022? “Many love stories have already been told”, comments Stéphane De Groodt, also a member of the jury. But they can be illuminated by new music, new looks. “Some are timeless, like Claude Sautet’s“ César et Rosalie ”, screened at the opening of this 36th edition. Even if the love triangle composed in 1972 by Romy Schneider, Yves Montand and Sami Frey is far from the “trouples”, these threesomes of our 21st century. “This week we really saw films with love stories that reinvent forms of life,” confirms Sylvie Testud, fascinated by Bujar Alimani’s “The Albanian Virgin” in competition. “Society cannot yet accept what is outside of what it believes to be its norm, analyzes Stéphane De Groodt. Hence, cinema can help move the lines. “

Seated on the terrace, Félix Moati, Rebecca Marder and Judith Chemla discuss under the watchful eye of Michel Leclerc, the director who staged them in “Les goûts et les couleurs” (currently in theaters). Which cinematic love stories have marked you the most? “West Side Story” for one, “The Woman Next Door” or “Annie Hall” for the others. “When I was about 10, I had my first thrill when I saw the little boy in Emir Kusturica’s ‘Time of the Gypsies’,” recalls Rebecca Marder, mimicking her childhood ecstasy. In “Tastes and Colors”, she falls in love with an old woman, whom she idolizes, before ending up in the arms of a man, the beneficiary of the previous one. “I think you have to see it beyond genres, she rectifies the actress. She falls in love with two humans, that’s all. Furthermore, it is not because she is then with a man that she finds the way to a normalized heterosexuality. What Michel Leclerc confirms: “It is not a central issue in the film, because in the end it is no longer a subject …”

The story is enough! Now the women lead the dance

With its programming, Cabourg demonstrates that women today indulge in other representations in the cinema. As in “Mi iubita, my love” (in cinemas on July 27), directed and starring Noémie Merlant: Jeanne, who doesn’t really want to get married, leaves for Romania to celebrate her bachelor party and lets herself be seduced by a man ten years younger than her, for one summer. “Marriage, says the actress-director, is still a convention for many women. It was for me. Since childhood, conditioned by fairy tales, it is believed that it is the only possible happiness. Then, sometimes, we understand that it is not our dream, but what is imposed on us by society. On the beach of the Grand Hôtel, Noémie Merlant shows a rare complicity with Gimi-Nicolae Covaci, one of her actors. She continues: “In most films, older men impose their wishes on younger women. There I only reversed the age ratio, because it is the same young man who takes the first step; but, after that, there is a real dialogue between the two. With Gimi we wanted to question consensus. “

The #MeToo wave has forced French cinema to reflect on itself

Other films enjoy distorting archaic patterns. In “You only want me”, by Claire Simon, Swann Arlaud plays Yann Andréa, the last lover of Marguerite Duras, a homosexual tormented under the influence of this brilliant writer, thirty-eight years her senior. “There is an almost asexual love between them, analyzes the actor. And then it’s rare, in the cinema, for a man to express his weaknesses so much. This is also echoed by Carine Tardieu’s “Les jeunes amants”: a 71-year-old woman (Fanny Ardant) and a 45-year-old man (Melvil Poupaud) meet fifteen years after their first meeting and fall in love. A love story as proof.

Something has changed in the world of cinema. Everyone knows it, everyone talks about it. The #MeToo wave that swept from Hollywood forced the seventh hexagonal art, which was believed to be preserved, to reflect on itself. Some initiatives mark the minds. Like the recent one of actress Adèle Haenel who, after filing a complaint against Christophe Ruggia for sexual violence, she decided not to work with so-called established directors, but only with Céline Sciamma or emerging artists. “She has this courage and I admire her very much”, applauds Noémie Merlant, who was her partner in “Portrait of the Girl on Fire”. “She wants to resonate with things that are hard to hear. Yes, sometimes this radicalism is therefore necessary. “An opinion shared by Sylvie Testud:” She has gone through painful trials, so I understand her. We need women like her. Thank you for the next generation and for my daughter. “Would you agree to shoot for Roman Polanski, against whom Adèle Haenel rose up? “I hope I have the strength to refuse,” Testud replies. Fanny Ardant did not ask herself the question: she will appear in “The Palace”, the French-Polish director’s next film.

Read also. In the Match archives – Fanny Ardant, her first date with Match

On this last day of the festival, the actress of “Vivement dimanche! He makes a remarkable appearance: puffy dress, endless legs, long gloves, sunglasses and a scarf tied on his head. Glamor from the past. Accompanied by Pascal Elbé, she poses for Paris Match, unalterable, unperturbed, while a catastrophic scenario looms outside the Grand Hotel. A storm arose, scaring swimmers who thought it was July. The municipal police decide to urgently evacuate the Marcel-Proust promenade, where the red carpet has literally flown away. The same wave of panic has pushed actors, actresses and celebrities into the lobby.

Only Sylvie Testud, superb in a large green dress with a train, keeps her calm: she is obsessed with a pretty little sheep, decorated with a large red bow. The animal, which she had to entertain outside, also had to take refuge in the hotel, where she cuddles it, caresses it, kisses it, under the tender gaze of journalists and other guests. This is perhaps the most beautiful love story of this romantic film festival.